Suggestions have been made that Johnson removed the whip from the MP, who is an outspoken critic of the PM, as a means of eliminating a vote for Penny Mordaunt. 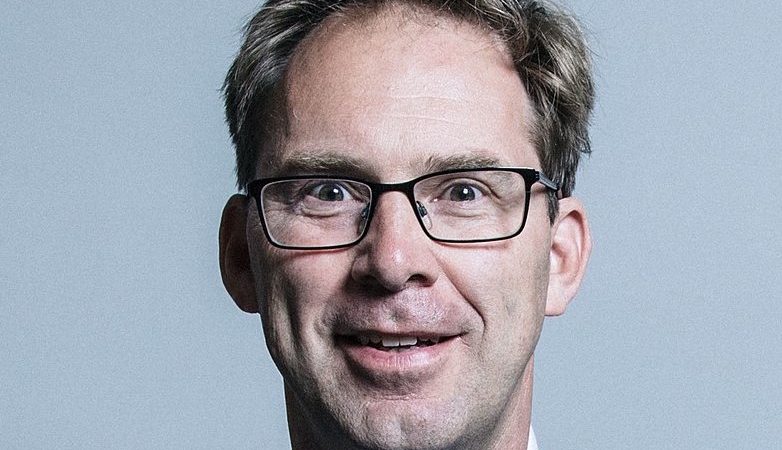 Boris Johnson has removed the Tory party whip from senior Tory MP Tobias Ellwood for ‘failing to support’ the government in the vote of confidence.

The former minister, who chairs the Commons Defence Committee, said he was unable to travel back from a meeting with the president of Moldova due to ‘unprecedented disruption.’

In a statement, Ellwood said: “I am very sorry to lose the whip but will now continue my meetings in Ukraine promoting the prime minister’s efforts here and specifically seeking to secure the reopening of Odessa port – so vital grain exports can recommence.”

A spokeswoman for the Tory whips’ office said: “Tobias Ellwood MP has lost the Conservative Party whip following his failure to vote in support of the Government in the confidence vote last night.”

MPs voted 349 to 238, a 111 majority, to support the motion that states the Commons has confidence in the government.

The victory means that Johnson is expected to stay in Downing Street until September, when Conservative Party members decide a leader from the final two candidates selected by Tory MPs.

Mordaunt ahead of Truss, who is backed by Johnson allies

Ellwood is an outspoke critic of Boris Johnson. In May 2022, the MP for Bournemouth East described Sue Gray’s report into the Partygate scandal as “damning.” He asked Boris Johnson if he could think of any other prime minister who had allowed “such a culture of indiscipline” to take place under their leadership.

He said he had made his own position on Boris Johnson ‘very clear’ before challenging his Tory colleagues about their position on the PM’s premiership.

“I’ve made my point and my position very clear to the prime minister: he does not have my support.

“But a question I humbly put to my colleagues is ‘are you willing day in and day out to defend this behaviour publicly?” Ellwood had said.

In June, the Tory MP sparked a backlash from Brexiteers after suggesting Britain re-joins the EU’s single market to help ease the cost of living crisis.

The comments were seized upon by allies of Johnson as supposed evidence that deposing Johnson would threaten the country’s turbulent relationship with the EU.

As Ben Kentish, presenter at Westminster editor at LBC, tweeted: “Boris Johnson quicker to remove the whip from Tobias Ellwood than he was with Chris Pincher.”

“Apparently it means that Ellwood can no longer votes for Mordaunt. Therefore, Johnson made a direct intervention in the leadership election. Why is Johnson even still there.”

Another Twitter user noted how there were at least 10 other Tories who did not vote for the government last night “none of those were sanctioned and yet Ellwood is not even in the country.”

“Has the whip been withdrawn from other who abstained… or were they paired/excused? Seems petty and vindicative against a man who stood up to Johnson,” tweeted Ian McDowell.

Boris Johnson ally Nadine Dorries hit back at such claims, saying it was “wholly untrue” and “utterly ridiculous.”