'The government claims that wage rises are inflationary and that it can’t afford to pay. Such claims lack substance.' 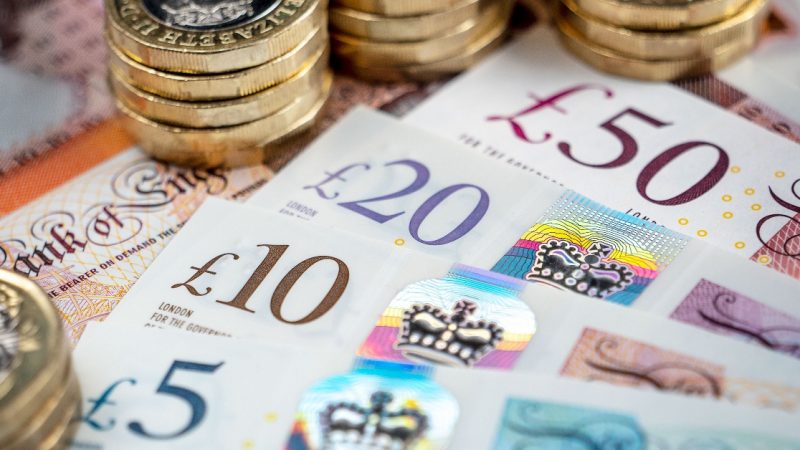 Prime Minister Boris Johnson is on the way out, but his legacy haunts millions. As he leaves office, Brits are facing the highest level of taxes for 70 years. The rate of inflation, as measured by the Consumer Price Index, is at 9.1%, the highest for 40 years.

The price of energy, food, transport and essential is rocketing and millions of people are struggling. Despite this, the government is urging workers to take pay cuts. Some 5.74m public sector workers have been one of the hardest hit, including 1.88m National Health Service staff, 1.505m education workers and 273,000 police officers.

Ever since the 2007-08 financial crash, public sector workers have faced pay freezes and real pay cuts, which has made it much harder to recruit nurses, doctors, firefighters, police, teachers and other essential workers. Some 6.5m people are awaiting hospital appointments in England.

The average gross public sector salary is £26,805 though there are considerable sectoral variations. Between 2009 and 2021, firefighters’ real pay has been cut by 12%, or nearly £4,000 a year. Police officers’ pay has been cut by 20% in real terms since 2010. Experienced frontline nurses are already around £6,000 per year worse off now than in 2010, when the Conservative party came to office. This pattern is repeated across the public sector. The public sector pay policies have deepened inequalities and social squalor. Things have got so bad that hospitals have set-up food banks and voucher programmes to help healthcare workers to pay for rent, fuel and food.

Trade unions are now asking for a pay increase of around 9% whilst the government is offering 3-4%, resulting in another real pay cut. The government claims that wage rises are inflationary and that it can’t afford to pay. Such claims lack substance.

The current bout of inflation is not caused by higher wages and workers are certainly not awash with cash. High rates of inflation are caused by corporate profiteering at banks, supermarkets, water, rail, gas, oil and electricity companies. Higher energy prices and record profits for oil and gas companies are a major cause of inflation. At FTSE 350 companies profit margins were 73% higher in 2021 than pre-pandemic levels in 2019. The profit jump between October 2021 and March 2022 alone was responsible for 58.7% of inflation. Workers are merely trying to catch-up.

The government can easily increase the pay of public sector workers by 9% or more. Here are some indicators.

In the October 2021 Autumn Budget and Spending Review, the Chancellor announced that public sector workers would receive “fair and affordable” pay rises i.e. in line with the then rate of inflation of 3%-4%. This would cost around £7bn and was already budgeted for in the government’s calculations. So, an additional £14bn is needed.

Due to higher inflation, the government is already collecting more in income tax, corporation tax, capital gains, VAT, fuel duty, inheritance tax and other taxes. Income tax alone is expected to generate an additional £20bn and the total tax take from inflation will be much higher.

Of course, the real cost of a 9% public sector pay rise is much lower. Most public sector workers will pay at least 20% income tax on any pay increment and 13.25% national insurance. In addition, people will pay more in VAT, fuel duty and other indirect taxes. On average around 35%-40% of the pay rise, nearly £8bn, will be returned to the government in various taxes.

Governments never raised the issue of affordability when bailing out banks, handing subsidies to oil/gas companies, tax cuts to the rich or £895bn of quantitative easing to speculators.

The UK government has the power to create money and shape society. If that is considered to be inflationary, it can selectively remove some of that money by eliminating tax anomalies, taxes on capital and those with excess purchasing power, and thereby reducing inequalities and with it reliance upon social security benefits and demands on welfare support.