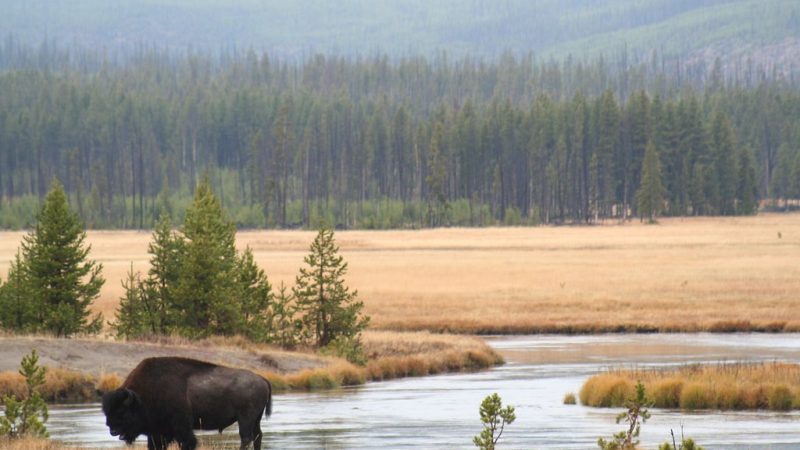 Nick Harvey is a policy officer at the British Ecological Society.

The challenges that society faces do not exist independently, they interact and magnify each other. Despite this, it is easy for people working against what they consider to be a grave injustice to become myopic, as is apparent in the divide between environmental and social justice movements.

Climate and ecological breakdown are some of the biggest threats we face, and some environmentalists consider social injustice to be a necessary price to achieve their goal of protecting the natural world. Environmentalists that are concerned with social justice must bridge the divide and win two arguments. One is the necessity of recovering nature, and the second is doing it in a way that is beneficial for often-excluded communities.

It is impossible to understand the effects of environmental degradation without knowledge of how they interact with economic disadvantages and racial discrimination. In the UK, a high proportion of people from ethnic minority backgrounds live green-space deprived areas, and poor households are exposed to greater levels of air pollution.

Recognising the inequity of the impacts of environmental problems is difficult when there are very few people from disadvantaged backgrounds and ethnic minorities working in UK conservation. Research published this year showed that “just 4.81% of ‘environment professionals’ identified as Black, Asian for from other minority ethnic groups, compared to 12.64% across all UK professions”. There is no data for the proportion of professionals from working class backgrounds, but the prevalence of unpaid internships and low pay means that it is almost impossible to get into the field without familial support.

One of the problems with integrating movements that strive for environmental and social justice is that the proclamation made by Brazilian trade union leader and environmentalist Chico Mendes that “Ecology without class struggle is gardening’ is not necessarily true when the sole aims are to protect and recover biodiversity. There is a strand of environmentalism that seems to see the presence of people as at best a nuisance and at worse a grave threat, and finds its expression in neocolonialism, dispossession and violence.

In June in Tanzania, police used tear gas and live ammunition to evict Maasai communities from Loliondo, close to the Serengeti National Park, reportedly to make way for an Emirati company to run hunting trips. There are real conflicts between people and wildlife, and the grazing pressure exerted by large herds of cattle threaten some of the last remaining complete communities of large mammals in the world. Changing this land management for a small number of hunting trips a year by astonishingly wealthy people could have big biodiversity benefits but is neither moral nor sustainable.

At home, we are now in a moment of critical juncture because environmental policy was heavily driven by the EU. Brexit provided both motivation and opportunity for reform, and this has been particularly strong in England with the Environment and Agriculture Acts gaining Royal Assent in 2021. What is particularly worrying is that Johnson’s policies would have the UK miss its environmental targets, but the small-state idealogues and libertarians lining up to replace him seem intent on gutting environmental law.

There is a part of the right who know the importance of green reforms, think Zac and Ben Goldsmith, but its vision of conservation serves elite interests including large corporations and generational landowners. Severe concentration of land ownership in Scotland provides opportunities for estate owners to carry out rewilding on a grand scale. Suggestions that this is happening without buy-in from the communities who live on the land has invoked memories of the Highland Clearances and the coining of the term ‘green lairds’.

If this continues, the only nature left will be that which fits into neoliberal logic, and increasingly stringent anti-trespass legislation means that it will be out of bounds to the majority anyway. The landed classes continue to protect their agricultural and shooting interests on land that was enclosed centuries ago, often portraying themselves as stewards of the land and restricting access in the name of ‘conservation’. But this is now accompanied by investment companies planting trees with the expectation of income from carbon credits, and green lairds excluding communities from their rewilding projects.

Critical junctures come along rarely and there is a real risk of the environmental agenda being locked into such inequity for a generation. Avoiding such a future requires conservationists to work with others on the left and bring people from all background onboard. Whether this is working with the Gypsy, Roma and Traveller community to push back against the criminalisation of trespass, or demonstrating that a healthy environment is fundamental to a socialist society, conservation cannot afford to solely focus on the birds and the bees, it must think about people as well.