"Firefighters are at the forefront of the climate emergency. The demands of the job are increasing but our resources have been under attack by government cuts for over a decade. 11,500 firefighter jobs have been slashed since 2010." 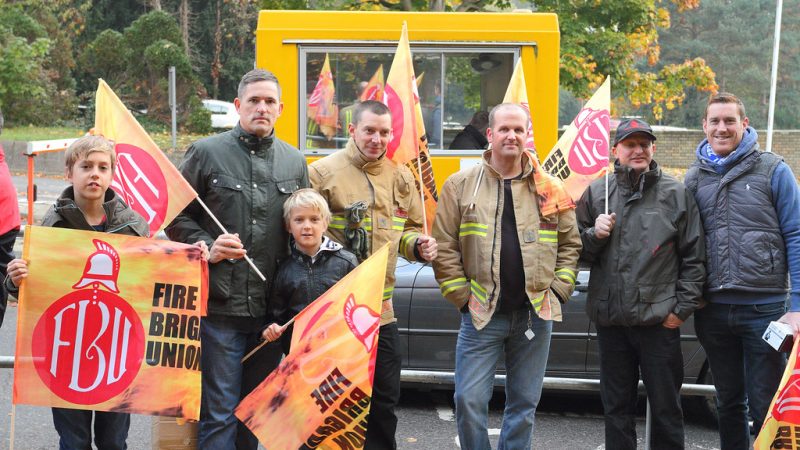 The firefighters’ union has slammed the government for cutting its resources and slashing jobs, as it finds itself on the front-line battling climate change.

The heatwave crisis, with yesterday’s record temperatures, meant that the London Firebrigade had its busiest day since the second world war, as fires raged throughout the country.

Several fire services declared major incidents after a surge in fires across the country, with incidents taking place in Leicestershire, East, North and South Yorkshire and Lincolnshire, Hertfordshire, Suffolk and Norfolk.

Issuing a statement today, the Fire Brigades Union (FBU) said that firefighters and control staff have been stretched to the limit, responding to wildfires and other incidents.

The FBU said: “Cuts have stretched the fire service’s ability to respond. Firefighters are working in extreme heat and conditions for excessive periods of time. Employers have had to ask people to give up leave to assist because of staff shortages. There have been a number of injuries to FBU members over the past two days, including hospitalisations.”

Matt Wrack, FBU general secretary said: “Firefighters are at the forefront of the climate emergency. The demands of the job are increasing but our resources have been under attack by government cuts for over a decade. 11,500 firefighter jobs have been slashed since 2010.

“We have warned of the growing threat for years but our concerns have fallen on deaf ears. The brutal truth is that government ministers and Chief Fire Officers have ignored the warning signs which have been obvious for all to see. They are guilty of criminal complacency.

“The fire and rescue service should plan for foreseeable risk. The stark reality is that frontline firefighters and local communities have been let down by a combined failure of Chief Fire Officers and politicians to face up to the scale of the challenge. It is simply untrue to say they have not been warned year after year of the risks posed by climate change.

“The same people then tell frontline firefighters to tighten their belts and accept a cut in their pay. We will not accept a paltry pay offer of 2% when the demands of the job are increasing, and the cost of food, fuel, energy and almost everything else is soaring.”