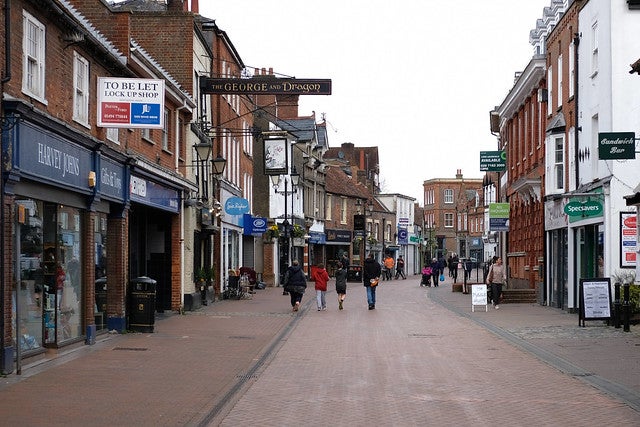 The OECD has warned that the UK economy will fail to grow at all next year, as the cost of living crisis, the fastest fall in living standards since records began as well as the impact of the war in Ukraine drive down consumer spending.

The UK will be the worst performing economy of any nation in the developed world apart from Russia in 2023. The OECD estimates that the economy will grow by 3.6% in 2022 before being predicted to post zero growth in 2023. Meanwhile, the euro area economy is expected to expand by just 1.6 per cent and the US by 1.2 per cent.

With child poverty expected to reach a record 5 million next year, and with UK households saddled with the highest tax burden since the 1940s, the report also warns that inflation will hit 10 percent towards the end of the year, further squeezing the incomes of households.

The report states: “The UK economy is susceptible to economic spillover effects from Russia’s invasion into Ukraine through rising energy prices and supply chain disruptions.”

It also adds: “Private consumption will slow as rising prices erode households’ incomes. Household savings will decline to below pre-pandemic levels, with some households taking on more debt to keep up with the rising cost of living. Inflation will continue to rise, peaking at just over 10% in the fourth quarter of 2022, driven by increasing global prices of tradable goods and services due to supply bottlenecks, transportation costs and energy prices.”

The Conservative government meanwhile has no real plan to help the UK economy aside from a few sticking plasters. The chancellor refuses to uprate benefits in line with inflation to help the most vulnerable, while he also faces pressure from within Tory ranks to cut taxes to boost spending. He has thus far refused to do the latter either.

It shouldn’t come as a surprise that the Conservative government is bereft of ideas on the economy, after all Boris Johnson’s overarching priority is saving his own skin rather than helping the British people.