'Charities should not be used for political gain.' 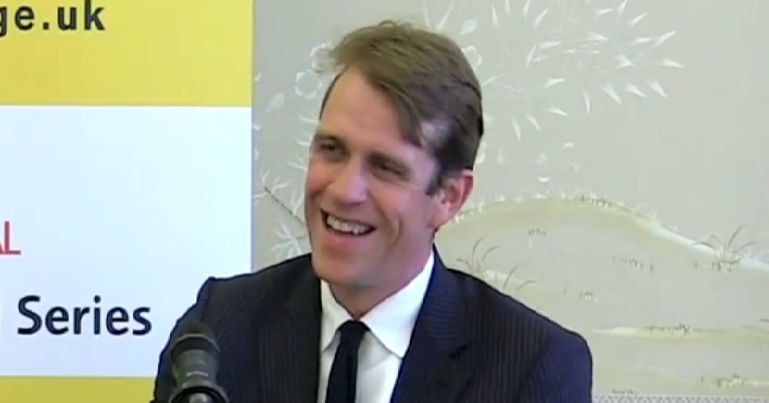 Conservative Party co-chair Ben Elliot has been accused of misusing his position as a trustee at the Victoria and Albert museum after it emerged that the Tory party is planning on holding a fundraising event at the venue, where tickets start at £1500.

Elliot, the Duchess of Cornwall’s nephew, has been a trustee at the museum since January 2017, and was re-appointed by Prime Minister Boris Johnson in January 2021 for a further four-year period.

Insider reports that during his first term as a trustee at the museum, there were two exclusive invitation-only events for the clients of his firm, Quintessentially, a concierge service for the super-rich.

Now Elliot once more finds himself in the spotlight over accusations that he has abused his position and used the charity for political gain. Premium tickets at the event are expected to sell for £2000, where buyers will be given closer access to Tory ministers.

Lucy Powell, shadow culture secretary, told Insider: “This latest revelation poses further questions about whether Tory party co-chair is using his privileged position as trustee of the V&A to further his political and business interests.

“Charities should not be used for political gain. There should be an investigation of whether he misused his position at the museum – and Boris Johnson should have sacked him as Tory party chair a long time ago.”

She has written to the Public Appointments Commissioner and the Department of Digital, Culture, Media and Sport over alleged “conflicts of interest” between the Conservatives and public bodies.

The code of conduct for board members of public bodies states that they should “be, and be seen to be, politically impartial.”

Elliot is no stranger to controversy. In March of this year, he deleted a webpage from the luxury business he runs which boasted of its ‘elite Russian connections’, as Boris Johnson came under growing pressure to sack him.

The Labour Party had written to Johnson, demanding that he sack Elliot as co-chair, after he secured nearly £2 million of Russia-linked donations for the party while also courting Russian oligarchs as clients.