Three male Tory MPs who won their seats in 2019 are in discussions to switch parties. 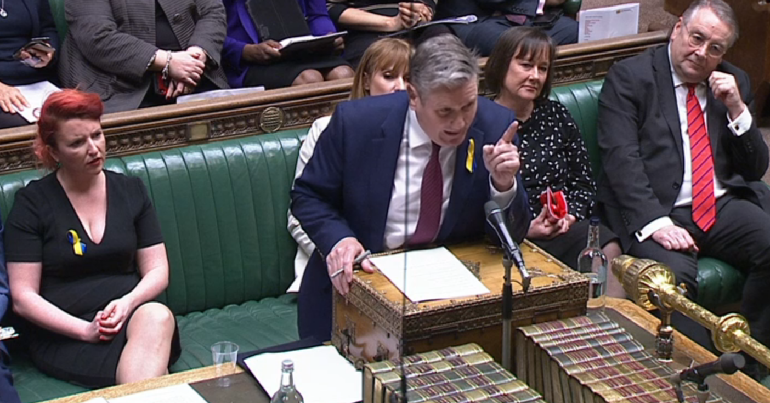 As pressure continues to mount on Boris Johnson from within his own party, after two humiliating by-election defeats last week, three Tory MPs are reported to be in talks to defect to the Labour Party.

Sources within the Labour Party are said to have briefed that the three male Tory MPs who won their seats in 2019 are in discussions to switch parties.

The Telegraph reports that the three red wall Conservatives believe that they could well end up losing their seats at the next election if they do not defect to the Labour Party.

It is believed that the no-confidence vote which Boris Johnson won, albeit with a larger than expected rebellion, prompted the MPs in question to start thinking about their futures.

The paper reports: “One source who has spoken to the MPs said they were frustrated with the “ideological direction” of the Conservative Party.

“A second said talks with one Conservative were at initial stages, but another was in live discussions with the Labour whips’ office. The whips’ office declined to comment.”

Keir Starmer also refused to deny reports that Labour is in talks with several Tory MPs about defecting, during an appearance at the New Statesman’s Politics Live conference earlier today.

In his letter, Mr Wakeford said Labour was “ready to provide an alternative government that this country can be proud of, and not embarrassed by”.

Meanwhile, Conservative Party MPs are this week resubmitting letters of no confidence in Boris Johnson to the 1922 committee, in a desperate bid to topple the prime minister.

While Johnson is attending the G7 summit in Germany, his announcement that he intended to run for a third term and govern into the mid 2030s, is said to have provoked Tory MPs into resubmitting a new wave of letters.

One former Cabinet minister told the Telegraph: “Talking about a third term before even winning a second is taking voters for granted – that usually doesn’t end well.”