The Bill also sets up future battles with the European Court of Human Rights. 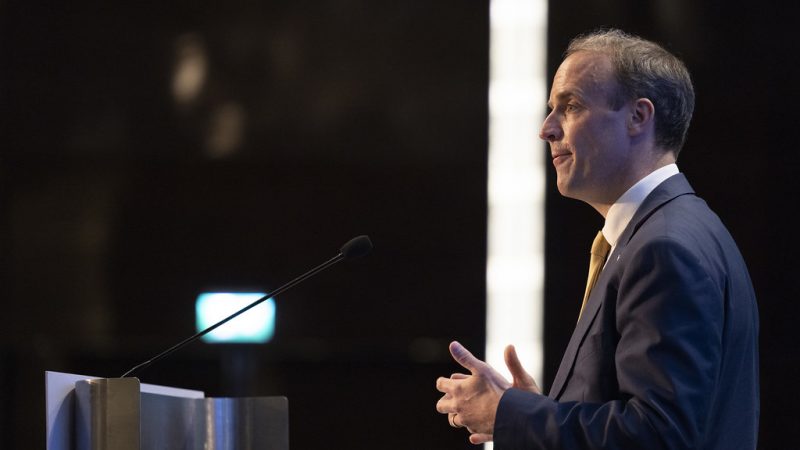 The Government yesterday published the text of a new Bill designed to replace the Human Rights Act (1998) which enshrines the European Convention on Human Rights (ECHR) in UK law.

The bill’s text is troubling for a number of reasons. Professor Mark Elliot said that “The overall strategy appears to be to marginalise the influence of the ECtHR while reducing domestic courts’ scope to uphold Convention rights. In a thread analysing the bill, the University of Cambridge Law Professor said the Bill would allow the Government to limit the rights of ‘undeserving’ people like prisoners and refugees.

The intention is to curtail the ability for refugees to appeal rejected asylum claims by recourse to rights contained in the ECHR.

The bill also creates effectively second class categories of citizens who are ‘undeserving’ of enjoying their full human rights, such as prisoners. As Plaid Cymru’s Liz Saville Roberts MP pointed out, the bill would effectively ride roughshod over the concept of ‘universality’ in human rights, whereby everybody should enjoy the same basic rights, whether you think they are deserving of them or not. Breaking this principle could be the start of a slippery slope.

Lawyer Adam Wagner said the bill was “a full scale attack on people’s ability to claim their human rights in the UK. It will hugely increase executive power and decrease both rights protections and ability of courts to scrutinise public authorities.” Meanwhile, the Good Law Project’s Jolyon Maugham QC said that “This may not be fascism, but it opens the door for it.”

Earlier this week a letter coordinated by civil liberties campaign group Liberty and signed by 150 organisations called on the government to allow detailed scrutiny of the bill in Parliament. The letter came after the Government confirmed that it would not submit the bill for pre-legislative scrutiny, which had been requested by cross-party Parliamentary committees.

Amnesty International’s UK Chief Executive Sacha Desmukh pointed out that “It’s no coincidence… that the very politicians the Human Rights Act potentially holds to account might want to see it removed and replaced”. Of course the Tories don’t like the ECHR when it provides a final route to appeal its decisions. Julian Assange’s lawyer this week said they would appeal the Government’s decision to extradite Assange to the US at the ECHR.

Some of the bill’s defenders went further, with Peter Hitchens denying that human rights even existed. He wrote a troll-y column for the Daily Mail, saying that “Human rights do not exist. They are an invention, made out of pure wind.” You can replace ‘human rights’ in this sentence with any other abstract concept to see how stupid it is.

I personally don’t believe in an anthropomorphic god who acts as a moral judge, whereas Hitchens does, and presumably that belief affects his moral conduct. God, likewise, is a human invention that nevertheless creates normative rules which govern how people act. Severely break these rules and you may find yourself in court. Human rights are as powerful a set of rules as those of the god Hitchens believes in. However, the Bible, as far as I’m aware, has no specific injunctions against genocide, torture or slavery.

Dominic Raab once said that “I don’t support the Human Rights Act and I don’t believe in economic and social rights.” It’s no surprise that the Justice Secretary is now trying to abolish the very basis for human rights law in the UK.

But it’s not going to be as easy as he thinks. This bill doesn’t take the UK out of the European Convention on Human Rights, just subordinates it to UK courts. But while the UK is still a signatory to that treaty, those who have exhausted their recourse to UK law can still appeal to the European Court of Human Rights. As lawyer David Allen Green says, leaving the ECHR would also put the UK in breach of the Good Friday Agreement.

By enshrining ECHR treaty rights in UK law, the Human Rights act helped those seeking justice for the Hillsborough disaster, or women holding a vigil after the murder of Sarah Everard, to campaign for their rights. Abolishing the Human Rights Act will mean that these cases will now go to the European Court which judges cases under the ECHR. This will make the process longer and costlier for those seeking justice.

It will also set up future battles with the European Court and the Council of Europe, which the court is a treaty body of. Maybe this is what the Tories really want – they cannot live without some kind of European enemy to rail against.

So they are (whether consciously or not) setting up a situation in which they have an eternal, foreign enemy to shout at in the press and parliament. After all, can you imagine Peter Hitchens being happy? No, his anger and hatred of liberal (or worse, liberal and foreign) institutional bodies makes him who he is.

Without these enemies, what would the British right wing have to get mad about? They might be forced to look inside themselves at their own problems, they might have to work on themselves or go to therapy. And if they fixed those problems, maybe they would find that they no longer had reactionary beliefs anymore. And that’s something they wish to avoid at all costs.