'The way forward must be an open and civil debate that examines the issues and has all options for Scotland’s future on the table.' 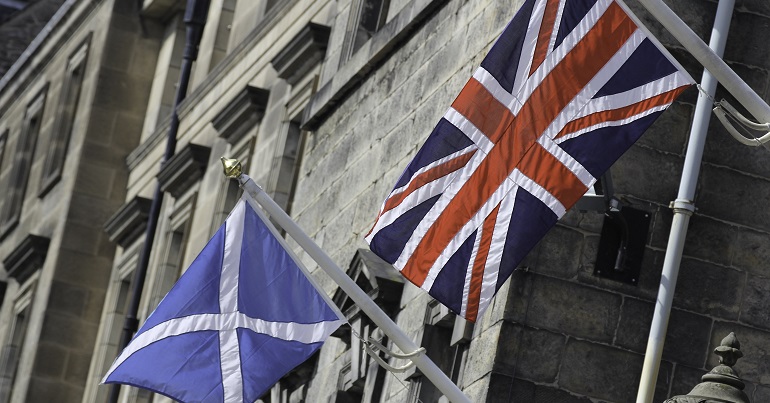 This week, Nicola Sturgeon launched a new campaign for an independence referendum in 2023.

Polling shows that regardless of opinion on whether Scotland should be an independent country or not, the majority of the Scottish public do not think a referendum should be held in the next year. I would argue that the SNP don’t believe a referendum will take place next year, their announcement is more about stoking division to win most of the Westminster seats in Scotland at the next general election.

That said, I take the view the constitutional stalemate Scotland finds itself in is not sustainable, results in poor government and rewards political parties for maintaining divisions so we have to find a way forward and settle the issue. While it is difficult to see how the issue will be resolved without another referendum, it is certainly not for next year and it cannot be simply on the SNP terms.

For eight years now, pro-Independence parties have preached to the converted that Scotland’s problems can only be resolved by independence.  Likewise, the pro-Union parties have simply ignored half the population and pretended that 2014’s referendum settled any outstanding questions on the future of Scotland.

This has led to a Scottish political landscape where, for many, the only issue that matters is whether you are for or against independence. We have a government in Scotland that is failing on so many fronts and yet with half the population supporting independence and voting for the independence party regardless of their performance in government, they are guaranteed to win the largest amount of votes and seats.

The other parties continue to play their part in maintaining a polarised electorate, by immediately pushing the ‘NEVER’ approach reinforcing the deep divide within Scottish society. The main mantra of the unionist parties is to tell the SNP to get on with the day job but too often, the day job is mitigating the worst impacts of a broken Westminster system and a corrupt Tory government. For example, since 2017 Scotland has budgeted £349 million for mitigation of the bedroom tax and £80.4 million for mitigating the impact of other welfare reforms to protect some of the most vulnerable in our country.

For me the pressing question is what is the SNP’s vision for the future, how our economy will operate, and crucially the role of the state. We get the rhetoric of nationalisation of public services, but the reality is government-branded privatisation – just look at their proposals for a National Care Service that is little more than a centralised procurement system. We get ill thought-out state interventions with short-term PR gains but a lack of long-term viability planning. Look at BiFab, in principle a win for the Government who saved a vital company from administration. But in selling off plots in the controversial ScotWind project to the highest bidder without guarantees for Scottish manufacturing, the SNP is awarding private profiteers once again at the expense of the jobs they were supposedly saving. Ploughing ahead in this direction, if the SNP get their independent Scotland, will mean they simply preside over the privately-owned playground of the already rich.

This is why I believe the discussion on the constitution is necessary. Not a conversation on simply “yes or no” to an independent Scotland, but a look at the direction of travel for our country, what can be done with the powers Scotland has and what more powers it needs to achieve a fairer, just, and equal society.

So let us not run from this debate but engage and in doing so, make clear no single party has ownership over the terms of the debate or the terms of how a future referendum is to be held and what questions would be put to the people. The SNP say there would be no place for the Electoral Commission in testing any question as they want a binary yes or no question and say it was tested less than 8 years ago. My own view is the option of ‘Home Rule’ must be considered as part of the debate but regardless, the significant and material change since 2014 as a result of Brexit that Scotland did not vote for means the same binary choice can no longer be on the table. The SNP are now proposing independence within Europe which means a hard border with England such as we are seeing with the Northern Ireland protocol and that means a different proposition from 2014.

I keep hearing politicians talking about ending the division and healing the nation, but you can do neither by telling 50% of the population they are wrong. The way forward must be an open and civil debate that examines the issues and has all options for Scotland’s future on the table.