In an embarrassing upset for Johnson and Patel, the first flight due to leave for Rwanda has been grounded following successful emergency action by the ECHR. 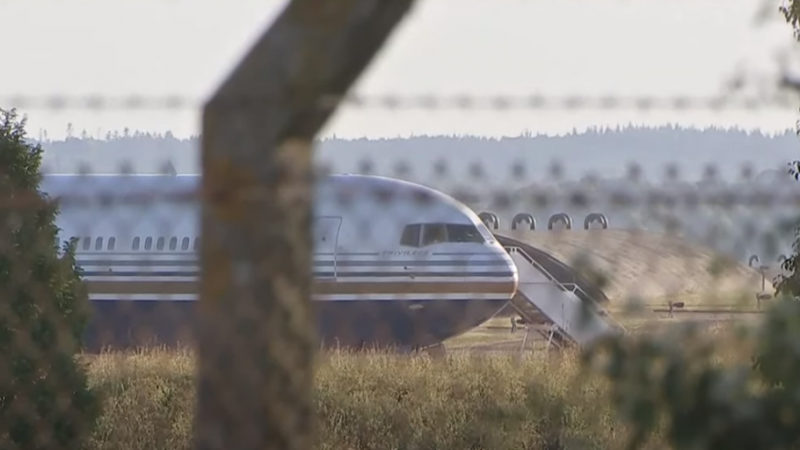 In a dramatic eleventh-hour ruling, Priti Patel’s plan to send asylum seekers from the UK to the East African nation was called off.

A late intervention from the European Court of Human Rights (ECHR) led to a fresh challenge in the UK courts, which prevented the flight from leaving.

The cancellation of the divisive flight followed days of legal battles. Originally 37 individuals were to be sent to Rwanda on Tuesday but following a series of human rights’ legal challenges, this was reduced to just seven.

The row intensified when the prime minister accused lawyers representing migrants of “abetting the work of criminal gangs.”

A last-minute ruling by the ECHR on one of the seven cases, meant lawyers for the remaining six asylum seekers could make successful applications preventing their deportation.

The Strasburg-based human rights court, of which the UK is still a participant in, had said an Iraqi man faced “a real risk of irreversible harm” if he remained on the flight.

The court determined that no one should be forced onto the plane until the policy had been fully scrutinised in a High Court hearing next month.

An embarrassing upset for Johnson and Patel

The ruling comes as an embarrassing upset for Boris Johnson and Priti Patel, who had pledged to start sending thousands of asylum seekers to Rwanda in May.

The home secretary said she was “disappointed”, adding it was “very surprising” the European court had intervened when the government had been given the go-ahead by UK courts.

“Our legal team are reviewing every decision made on this flight and preparation for the next flight begins now,” she said.

James Wilson of the campaign group Detention Action described the rare ECHR intervention as showing how “potentially dangerous” the deportations to Rwanda are.

News that the debut flight had been grounded was welcomed by the policy’s many critics, with charity workers, activists, and politicians saluting the Strasbourg court’s intervention.

London Mayor Sadiq Khan tweeted: “Tonight’s inhumane deportation of asylum seekers to Rwanda has been stopped by the ECtHR – minutes before it was due to depart.

“Sending people fleeing violence to a country thousands of miles away was already cruel and callous. It’s now potentially unlawful too.”

Labour MP Zarah Sultana shared her support of the move, posting: “The deportation flight to Rwanda has been cancelled!

“Now to build-up the movement to defeat this disgusting, inhuman policy once and for all.”

Former Labour leader Jeremy Corbyn, who had spoken at a demonstration against the policy outside the Home Office on Monday, thanked campaigners for their ‘tireless’ fight.

“A very welcome decision from the ECHR and a devastating blow to the government’s inhumane plans to deport refugees to Rwanda.

“Thanks to the many brilliant campaigners who have fought tirelessly for the rights of refugees,” he tweeted.

On hearing the news that the flight had been grounded, Asylum Aid, which delivers legal representation to some of the most vulnerable people seeking asylum in the UK, said:

“We are so pleased that tonight’s flight to Rwanda will not be taking off.

“We are now looking forward to the full judicial review of this scheme, which is implemented in an unlawful and unfair manner.”