A new study from the Lancet shows that deaths from treatable causes have risen in line with increased privatisation spending in the NHS. 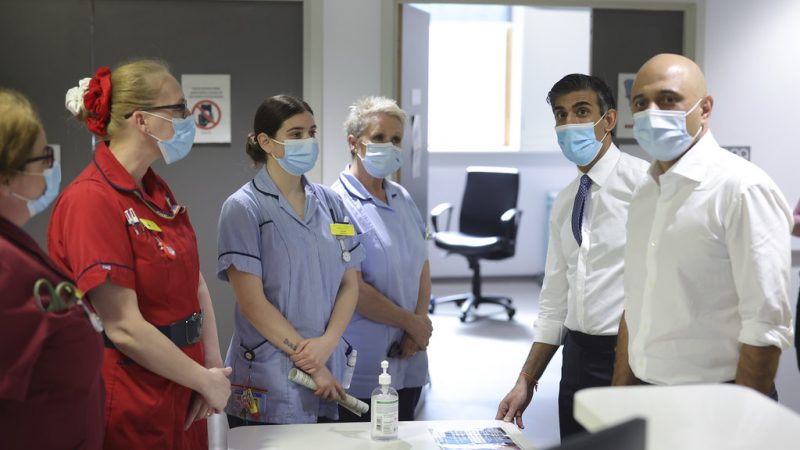 A study looking at the correlation between increased NHS privatisation and excess deaths of patients has concluded that “private sector outsourcing corresponded with significantly increased rates of treatable mortality, potentially as a result of a decline in the quality of health-care services.”

The Lancet study, funded by the Wellcome Trust, looked at the mortality of patients since the 2012 Health and Social Care Act, which opened the door to increased NHS outsourcing to private companies. The study, conducted by academics at the University of Oxford, found that increased levels of privatisation were potentially linked to an extra 557 treatable deaths in England within 5 years, according to OpenDemocracy.

Co-author Benjamin Goodair of Oxford told the FT that “While some have argued the Health and Social Care Act [2012] would improve the performance of health services by increasing competition, our findings add merit to longstanding concerns it could instead lead to cost-cutting and poorer health outcomes”.

In a recent investigation by the BBC, one private provider of NHS services was found to have been replacing GPs, who cost more, with less qualified staff. The company in question, Operose Health, has almost 600,000 patients in the UK and is owned by US healthcare giant Centene Corporation.

The Lancet report’s authors note that “our research raises doubts about whether the current extent of private sector use is optimal for the quality of care and suggests that further increases in for-profit provision would be a mistake. However, given the trends in the data, a change in direction and expansion of public sector provision seems unlikely without considerable political intervention.”

The study looked at how much NHS Clinical Commissioning Groups (CCGs) had spent on outsourced services between 2013-2020, and correlated these figures with how many patients had died from ‘treatable’ illnesses.

Although this percentage change is statistically significant, the Lancet have been careful not to claim a definitive causal link between outsourcing and higher mortality. However, the report says that “outsourcing is associated with higher rates of mortality from causes that could be treated by effective medical interventions”.

Under the bill, health and care services will increasingly be digitised, with £2 billion being allocated to digital services. During the pandemic, digital services have increasingly been outsourced to private healthcare firms like Babylon Health and Palantir. Palantir has hired a number of NHS officials as it seeks to win a £360 million NHS data contract.

With NHS staff threatening to strike if they do not receive a pay rise which is near inflation, the government is looking to spend more on digital solutions which help them reduce the number of people the NHS needs to employ.

The NHS app which the government spent so much money on during the pandemic is due to become a central triaging system which will allow users to register and communicate with a GP, see their GP record, manage hospital appointments and receive messages from the NHS.

The second reason “could be that outsourcing leads to intensified pressure across the whole health system. Outsourcing can increase pressure on the wider system if profitable patients and services are cream-skimmed (ie, preferentially selected) by for-profit providers, creating a concentration of difficult treatments in public providers”.

This second reason can be seen in practice. Babylon Health’s GP At Hand app is mostly used by younger patients with less costly health problems, allowing the firm to get a lot of NHS funding for treating less costly patients. A Guardian podcast also recently looked at this problem in dentistry, where NHS dentists will refuse to treat patients with higher costs.

A two tier healthcare system is slowly being created, with many patients pushed onto private services which are growing bigger through their symbiotic relationship to the NHS. But as these private companies grow larger, the quality of care that patients receive is getting worse, especially in terms of long waiting times.

At the same time, the growing power of organised labour is showing that it is possible to stand up to outsourcing. Unison helped 400 NHS service sector workers in Scotland to win a campaign against outsourcing recently which saw them transferred from the private contractor Serco to NHS Lanarkshire.

In the long term, underfunding of the NHS in real terms while handing huge sums of money to private providers means that patients are increasingly forced to consider private healthcare unless they want to endure huge waiting times for treatment. Polls show that people expect NHS services to get worse, and approval for the quality of service provided has fallen significantly.

Only increased real terms investment in the NHS, bringing back many contracts in house, and having public control over important aspects of the NHS like patient data will improve services and trust in the NHS. It’s no surprise that privatisation correlates with worse health outcomes for patients.