Boris Johnson is facing another backlash following the ditching of the free school meal extension for up to one million pupils. 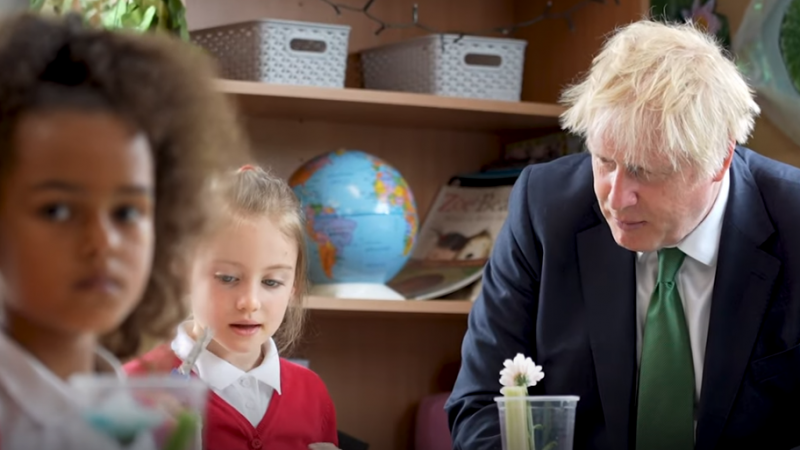 The prime minister is to unveil a Food Strategy White Paper today. It is understood the paper will scrap a series of suggestions by Henry Dimbleby, cookery writer and co-founder of Leon Restaurants and the Sustainable Restaurant Association. In 2018, Dimbleby was appointed lead non-executive board member of the Department for Environment, Food and Rural Affairs.

Out of the demands put forward by Dimbleby that are being ditched by Johnson, is the extension of free school meals to all children in Universal Credit (UC) households. The policy will instead be kept under review.

A leaked copy of the white paper, seen by the Guardian, shows inadequate ambition to tackle child poverty and obesity. While referring to a £5m “school cooking revolution” fund to teach pupils how to cook healthy food, the fund equates to a mere £250 for each state school.

The plans to ditch free school meals for the pupils of the poorest households as the cost-of-living soars has disappointed campaigners, who had hoped the recommendations of a review carried out by Dimbleby in 2020 and 2021, which advised expanding free school meals and food nutrition in schools, would be implemented.

Talking to the Mirror, Andrew Forsey, director of Feeding Britain, said: “At first glance this looks like a bowl of thin gruel being served up to families who are struggling to put food on the table.

“While it is noteworthy that the free school meals threshold is to be kept under review, this strategy should have been the Prime Minister’s moment to ride to the rescue of those families – often working for low wages – who are in desperate need of that help now.”

The opposition has been quick to voice dismay at the government’s limited ambition on school meals.

Shadow education secretary Bridget Phillipson said: “With prices soaring in the shops, at the pump, and on energy bills, the Tories are showing once again that they don’t have a vision and they don’t have a plan for Britain.

The government’s scaling back on free school meals come as figures recently released by the government show the number of children eligible for free dinners at school has risen to 1.9 million. As of January 2022, 1.9 million pupils were eligible for free school meals, 22.5% of all pupils. This is an increase of nearly 160,000 pupils since January 2021, the figures show.

Nearly 10 million families in food insecurity in May

Left Foot Forward spoke to FareShare, an organisation dedicated to fighting hunger and tackling food waste. FareShare has been calling for an extension of free schools meals for children of UC households.

A spokesperson told us:

“For hundreds of thousands of school children, a free school meal is often the only proper meal they’ll get to eat each day.

“Right now, more children are going hungry than during the pandemic.

“With the cost-of-living crisis, so many families are struggling to make ends meet. The latest figures show that nearly 10 million were in food insecurity in May, including 2.6 million children.

“Three-quarters of the 10,000 charities FareShare supports have told us that they’re seeing an increased need for our redistributed food due to the cost-of-living crisis. That’s on top of demand during the pandemic.

“As part of our work with Marcus Rashford and the End Child Food Poverty Taskforce, FareShare has been calling for an expansion of free school meals to all children whose parent or guardian is in receipt of Universal Credit since September 2020. This is in line with the recommendation from the first National Food Strategy.

“We hope the government listens, as the hunger problems are acute, and the time for action is now.”

Summarising the evidence involving the importance of free school meals, the Food Foundation, which is dedicated to changing food policy and business practice to ensure everyone can afford and access a healthy diet, told LFF:

“As recognised by Henry Dimbleby in his National Food Strategy, Free School Meals is a vital nutritional safety nets for children in low-income families but eligibility in England is far too restrictive and needs to be extended. But today the government chose to ignore the clear evidence of a large numbers of children in real need of a Free School Meal who are currently being excluded.

“New analysis published only last week showed 1 in 3 school-age children in England living in poverty (800,000) miss out on free school meals despite cost of living struggles of families. These children are also being denied access to the Government’s holiday activities and food programme (HAF) which is freely available to children eligible for Free school Meals.

“The Government has also chosen to ignore the widespread support to extend eligibility  – last month we saw 10 teachers’ unions and organisations representing one million school staff called for an urgent expansion of the scheme – a call echoed by the likes of Jamie Oliver, Marcus Rashford and former Children’s Commissioner Anne Longfield.

“There is also substantial support from the public too – a survey commissioned by The Food Foundation last year showed 80% think the Government should be expanding FSM to all children experiencing food poverty.

“We know too many families are struggling to put food on the team – in April, our survey found 19% of households with children had experienced food insecurity in the past month. For children who do receive a Free School Meal, it can be the only hot, nutritious meal they have in a day; we know a good quality meal helps to improve school attendance, on children’s health, and academic performance.

“Refusing low-income children these benefits as the cost of living crisis bites is a major oversight – we urge the Government to urgently reconsider their decision.”