“The Tories have been in government for 12 years, and yet shitrags can still run nonsensical headlines" 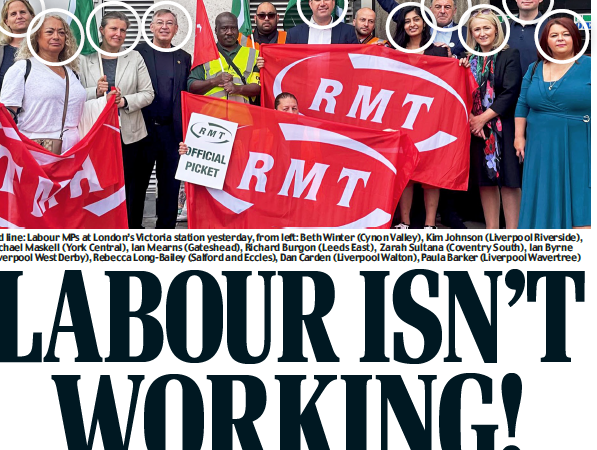 The Daily Mail has been brutally mocked online for its latest front page, which has the headline ‘Labour isn’t working’.

After yesterday’s rail strikes, the largest in Britain for 30 years, the Mail took aim at the Labour Party, left-wing MPs and Keir Starmer.

It seems as though the Daily Mail has forgotten that the Tories have been in power over the last 12 years.

Reacting to the ludicrous front page, one social media user wrote: “Are Paul Dacre and the Daily Mail actually running a coordinated campaign with the government to blame rail strikes on Boris Johnson’s watch on Labour and Starmer? The Tories have literally been in power for 12 years.”

Another added: “Labour Isn’t Working says the Daily Mail. Daily Mail readers presumably nodding their heads sadly, if only the Tories were in government things would be different”, while others couldn’t quite believe the headline.

“The Tories have been in government for 12 years, and yet shitrags can still run nonsensical headlines like “Labour isn’t working” and large swathes of the general public will lap it up.

LBC presenter Natasha Devon tweeted: “U tried to blame the strikes, which a non-Labour affiliated union organised, on Labour, so Keir Starmer stayed away & that makes him a ‘coward’?

“Meanwhile 148 tory MPs voted as having no confidence in their leader but 25 MPs going to a picket line means Labour isn’t working.”