The billionaire has been investing in lots of British startups and has connections to right wing academics pushing an anti-woke agenda. 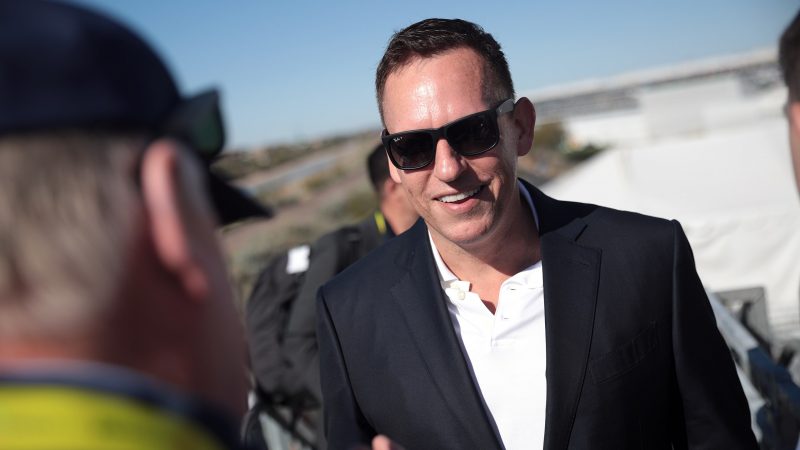 Paypal and Palantir co-founder Peter Thiel has bankrolled a number of Republican congressional candidates who hope to be elected in the US this year after stepping down from Facebook’s board. In the UK, his interests have slowly been growing, with multiple pandemic contracts awarded to the data firm Palantir over the past two years.

At the moment it doesn’t look like Thiel has any direct political interests in the UK (though crypto-loving Matt Hancock might be his kind of guy), but his choice of investments reveals a trend for startups aiming to take over new markets like biotech, healthtech, and various forms of fintech and insurance.

In December 2020, Sifted reported that Thiel’s VC funds had invested in 13 UK companies, despite him saying in 2018 that there were “no successful tech companies in Europe”. These companies are:

Since the start of 2021, Thiel’s VC funds have also invested in:

There are clearly some trends emerging from what Thiel chooses to invest in: lots of fintech which speaks to the financialisation of modern capitalism in which the welfare state is replaced by everybody becoming a small time investor. Kalo (though possibly defunct) seems to want to assist with hiring precarious workers, while DoNotPay aims to get rid of lawyers and replace them with AI.

There are also companies looking to take advantage of the healthtech boom, again replacing state provided healthcare with private companies. I am reminded of the tech optimism of Matt Hancock, who helped promote healthtech firm Babylon Health, now the biggest GP provider in the UK.

In December 2021, Byline Times reported on a ‘Thiel network’ influencing UK debates on free speech in academia. This network is pursuing an “ongoing campaign to normalise anti-liberal ideas driven by individuals closely linked to Peter Thiel.” Some of the people involved in this network like Douglas Murray and Nigel Biggar have also been involved in Toby Young’s Free Speech Union project. Byline claims that Thiel Capital’s chief of staff Charles Vaughan spent time in Cambridge recruiting conservative academics to this network.

Byline reported that “An academic familiar with the meetings involving Charles Vaughan told Byline Times that the network “is the force behind the higher education bill” – the UK Government’s Higher Education (Freedom of Speech) Bill.” The bill, which passed in recent weeks, could see universities and student unions fined for the vague offence of failing to protect freedom of speech.

Thiel also builds his network in the UK through his Thiel Fellowship programme for young entrepreneurs. One of the UK’s latest tech unicorns (worth over $1 billion) is a payments business founded by former Thiel Fellow Christian Owens.

In April it was announced that the former head of AI at NHSX, Indra Joshi, had gone to work for Palantir UK. The Register reported that “Her arrival at Palantir coincides with NHS England’s procurement of a $309 million (£240 million) data platform to help in the reorganization of the health service and COVID-related backlog.” It is thought that Palantir is likely to be awarded the contract to create this ‘Federated Data Platform’, though the UK government said it would consult the public before awarding Palantir any further contracts.

Palantir has also been doing extensive work with the Ministry of Defence, winning a £10 million contract in March 2022 for ‘data integration and management’. Another contract valued at £0 and published this April shows that Palantir has been commissioned to create a “Ukrainian Humanitarian Relief Case Management System” by the Department for Housing.

This contract seems to be an attempt at a tech solution to the bureaucratic problems experienced in housing Ukrainian refugees in the UK, but it’s highly ironic that Palantir is doing this work when they also worked with US immigration enforcement to help detain undocumented migrants.

Thiel’s politics have long been controversial; he has made a number of sexist comments in the past including that “the extension of the franchise to women… [has] rendered the notion of “capitalist democracy” into an oxymoron.” In the 1990s, he wrote a book, The Diversity Myth: Multiculturalism And Political Intolerance On Campus, “a 320-page book that explored “the debilitating impact that politically-correct ‘multiculturalism’ has had upon higher education”,” according to Forbes. He later apologised for comments about rape made in the book.

It’s no surprise, given this history, that Thiel is very much in line with the current anti-woke culture war being waged in the US and UK by the right wing. The Telegraph reported recently that Thiel had backed an ‘anti-woke investment fund’. The company, Strive, “will only invest in companies that focus on maximising profits and shun those that espouse political beliefs.”

Of course, making money is not free from politics, so this is really just saying ‘we won’t invest in companies which make political statements we disagree with’. Given Thiel’s now deep connections to the British security state and increasingly privatised health sector, it is not unlikely that Palantir could provide the kind of immigration enforcement services it has in the US, as well as owning much of the data architecture for the entire NHS.