Canzini is a protégé of Australian elections guru Lynton Crosby and has been called a "hard man". 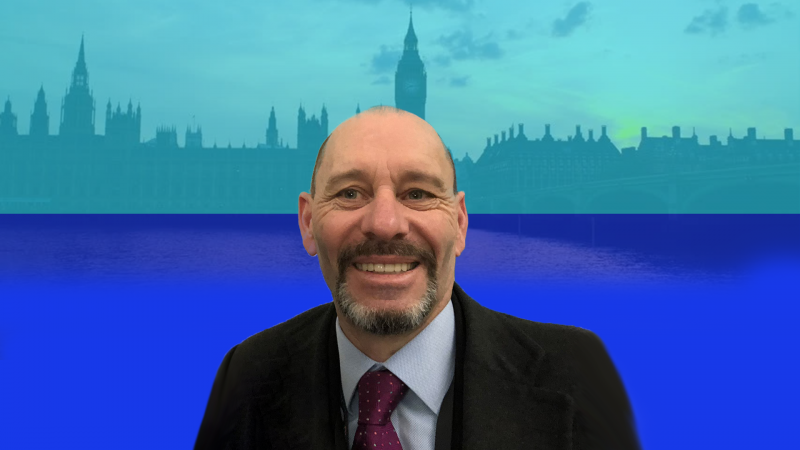 In February, at the height of the Partygate revelations, Boris Johnson hired David Canzini as his deputy chief of staff in No 10. Canzini is an ally and protégé of Australian elections manager Sir Lynton Crosby, who managed the Tories’ 2015 and 2017 general election campaigns.

Canzini was a director at Crosby’s PR firm CT Group, and has known the Prime Minister for almost two decades, according to The Week. He was described by one Tory MP as a “fu*king hard man”, who would steady the Conservative Party ship amid scandals and backbench revolts.

It was revealed this week that the Liberal Democrats had asked the Prime Minister to clarify whether he was taking advice on levying a windfall tax on big fossil fuel companies from Crosby, whose own businesses represent a number of oil and gas interests.

Companies like CT Group and Crosby Textor Research Strategies have previously represented clients like the Australian Petroleum Exploration Association and BHP. Canzini worked as a director at CT Group until he left to work at Number 10 in February.

In 2013, the Guardian reported that “Crosby Textor also says it works with the mining industry, oil and gas, retailers and renewable energy companies. Its website declares it has run “700 research projects, 250 campaigns, in 57 countries.”

The Financial Times says that Canzini has “emerged as a key opponent of an energy windfall tax in recent days, according to government aides.” Although Crosby has no formal role at Downing Street, he has been providing Johnson with advice by telephone “as frequently as three times a day” since the beginning of the year, according to the Times.

The Guardian also reports that Canzini is “sceptical about financial help for poorer households”, and that his politics were described as “very rightwing”, and “very partisan” by a former colleague at CT Group. He also reportedly criticized female MPs who spoke out about porn-watching MP Neil Parrish for “telling tales”. Canzini’s Twitter profile photo is an image of Darth Vader.

Meanwhile, Ofgem’s Chief Executive told MPs today that the energy price cap would rise to £2,800 at the end of this year due to increasing wholesale fuel costs.

In 2019 it was revealed that CT Group had masterminded a global PR campaign for the coal extracting company Glencore. The Guardian called it “a secret, globally coordinated campaign to prop up coal demand by undermining environmental activists, influencing politicians and spreading sophisticated pro-coal messaging on social media.”

Canzini has reportedly said that a windfall tax on energy companies would be “unconservative”, and would concede ground to the Labour Party.

Special Advisors have to declare financial interests as part of transparency publications. So far, Canzini has not submitted any registered interests, though it is likely that he will have to do so in the next few months.

Whether or not to impose a windfall tax on energy companies is an issue that splits the Conservatives between those on the right who do not want any government intervention, and those who are more willing to adopt a flexible, populist approach.

Independent columnist John Rentoul wrote recently that the Tories should concentrate on what Red Wall voters want, and that “Boris Johnson… will realise that the objections to a windfall tax are weak, and that the benefits of adopting a popular policy are worth more than mistaken definitions of Conservatism.”

But it is far from certain which way Boris Johnson will go on taxing energy companies, as well as on the government’s Net Zero agenda. Already underwhelming and lacking funding, there are many in the Conservative Party and rightwing press who want to see climate CO2 emissions reduction targets abandoned.

The Daily Mail reported in March that Lynton Crosby was one of those advocating the abandonment of green emissions targets, reporting that “One insider said: ‘Net Zero is dead.’ Another said a clear directive against the ‘green agenda’ and away from Net Zero has been set by political strategist Sir Lynton Crosby, who has been advising the Prime Minister.”

It seems clear that the government is being lobbied by various interests connected to oil and gas money. OpenDemocracy reported recently that the Global Warming Policy Foundation, a Tufton Street climate science denialist charity, received funding from US fossil fuel interests.

Tory peer Lord Lawson (Nigella’s dad) is president of the GWPF, with Steve Baker and Graham Stringer also sitting on the group’s board.

It is no surprise that there is an internal battle going on within the right over climate change policy. The question is whether Number 10 is employing an advisor who still has any interests in industries that profit from the climate crisis and if his interests trump the cost of living crisis affecting millions across the country.