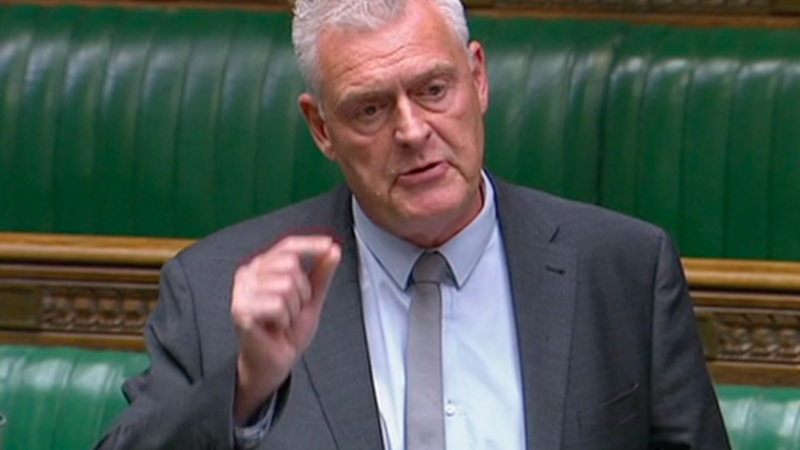 Tory MP Lee Anderson has been condemned for claiming that food poverty in the country is down to a lack of cooking and budgetary skills.

During a Commons debate on the Queen’s Speech, Anderson said: “I think you’ll see first-hand there’s not this massive use for food banks in this country. We’ve got generation after generation who cannot cook properly, they can’t cook a meal from scratch, they cannot budget.”

Addressing MPs, he added: “The challenge is there – come. You’re sat there with glazed expressions on your faces, looking at me like I’ve landed from a different planet. Come to a real food bank that’s making a real difference to people’s lives.”

Anderson may well have landed from another planet, completely ignoring the cost of living crisis and biggest fall in living standards since records began, which has pushed millions into hardship.

His comments drew an immediate backlash. Sumi Rabindrakumar, head of policy at the Trussell Trust, told The Independent: “Research from the Trussell Trust and other independent organisations is clear – that food bank need in the UK is about lack of income, not food.

“Cooking from scratch won’t help families keep the lights on or put food on the table, if they don’t have enough money in their pockets.”

“The issue is not ‘skills’, it’s 12 years of Conservative cuts to social support.

“The square root of f*** all is ALWAYS going to be f*** all, no matter how creatively you’re told to dice it.”

Labour’s shadow work and pensions minister, Karen Buck said: “In the world where people actually live, we now hear daily heart-wrenching stories of families going without food and others unable to turn their ovens on for fear of rising energy bills. The idea that the problem is cooking skills and not 12 years of government decisions that are pushing people into extreme poverty is beyond belief. ‘Out of touch’ doesn’t even cover it.”