Dartford council leader Jeremy Kite along with other Tory ‘dignitaries’ were pictured enjoying a buffet in the same church building were desperate families struggling with poverty queue for food parcels. 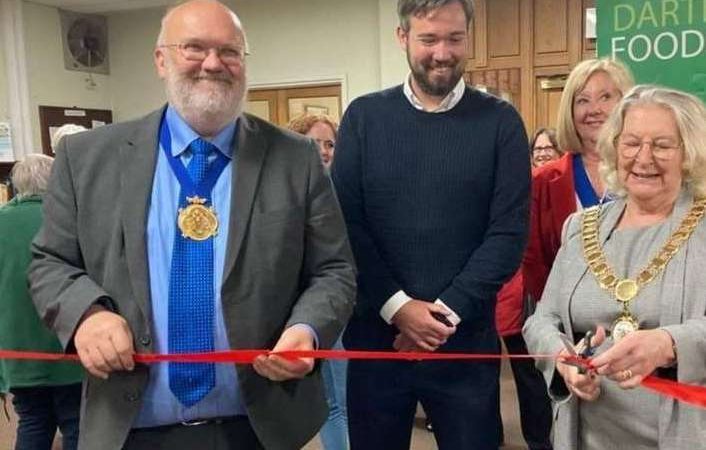 A Tory council leader has been slammed for his insensitivity after smiling at a ribbon cutting ceremony for a new food bank where he also tucked into a buffet.

Dartford council leader Jeremy Kite along with other Tory ‘dignitaries’ were pictured enjoying a buffet in the same church building were desperate families struggling with poverty queue for food parcels.

Former Labour opposition leader and councillor Jonathon Hawkes tweeted: “The Tory leader of Dartford cutting the ribbon on another foodbank today. The choice for Dartford next year couldn’t be clearer. More foodbanks with the Tories or a Labour administration genuinely committed to supporting residents through the Conservative cost of living crisis.”

LBC host James O’Brien angrily asked what “are they all so happy about?”.

Another social media user wrote: “Smiles all round as Jeremy Kite, the Tory Leader of Dartford and Rosanna Currans, the Tory Mayor proudly cut the ribbon to open Dartfords newest Foodbank – like they’ve just opened a community centre.  This is the normalisation of poverty and charity for working people.”

Otto English tweeted: “So having smiled and laughed at the opening of the Dartford foodbank, the council officials tucked into the food. It’s like something out of a Jonathan Swift satire rendered real”, while another social media user wrote: “Tories holding a buffet at the opening of a food bank is like the opening chapter of a Dickens’ novel.”

Nicholas Hair, a Labour council candidate in Bexley, said: “Having worked with colleagues in Dartford, and seeing the destitution of up to two million people across this country right now, this was disgusting to see.

“Food banks are not “heart warming”, they are evidence of a failure of government and of a society to seek social justice.”