'It is unwise to write such a vague and superficial article on a key matter of government policy,' wrote one reader. 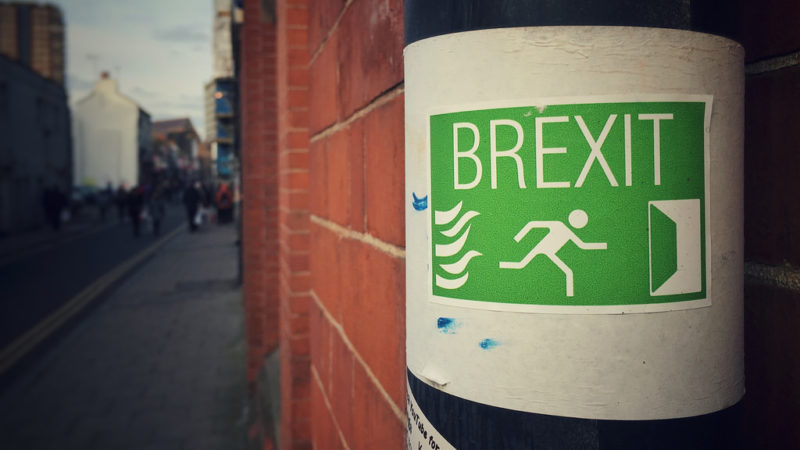 Published May 27, ‘The benefits of Brexit are huge, and Britain isn’t sitting still’ article speaks of how the UK’s deals with individual US states will “open up procurement, tackle regulation and seek to mutually recognise professional qualifications.”

Written by Penny Mordaunt, minister of state for trade policy, the article comes as Britain signs a trade ‘memorandum’ with Indiana, as it attempts to show post-Brexit progress. While ministers hail the tie-up with the 17th largest US state by population as a “major milestone” from which businesses will start “reaping the rewards,” opposition parties said it was no substitute for a UK-US trade deal.

Nick Thomas-Symonds, Labour’s shadow trade secretary, said the government was on course for “another broken promise”, having promised a US trade deal by the end of 2022.

“Ministers should also be honest with exporters – and the British public – that state-level deals are no substitute for the completed US-UK trade deal they were promised.”

Despite The Telegraph’s pro-Brexit allegiances and its readers being predominantly Leavers, the article roused an emotive response, with many readers pointing to the lack of Brexit benefits.

“The Bank of England says Brexit has cost the UK so far £136 billion. And Brexit has spawned a high tax, big spend Conservative government that would make a Labour government blush. Has the Penny not dropped yet,” one reader wrote.

Another referred to the extent of the so-called success of the US deal in the wider scheme of Brexit, writing: “A very small success in a sea of disappointment when it comes to this government’s intent and ability to ‘get Brexit done.’

Pelosi blasted plans to “unilaterally discard” the NI protocol, which was a key part of Johnson’s Brexit deal, as “deeply concerning.” She made it clear that attempts to press ahead with the move could endanger a UK-US trade deal.

“If the United Kingdom chooses to undermine the Good Friday Accords, then Congress cannot and will not support a bilateral free trade agreement with the United Kingdom,” said Pelosi in a strongly-worded statement.

As well as US politicians, Irish ministers have stepped-up pressure on Britain to realise the trade it could lose in Europe and across the Atlantic if it pursues its intention to breach the NI protocol.

Taoiseach Micheál Martin indicated a trade war between the EU and Britain is on the table if Boris Johnson’s government breaches the Irish Protocol.

The optimism of the Telegraph’s ‘Brexit benefits’ article was criticised, as one reader responded:

“Completely delusional, Britain’s trade deficit is deteriorating rapidly, the pound is in free fall and UK growth the worst in Europe. Brexit really going well then. Global Britain what a joke.”

In the article, the author asserts that “technical professions and SMEs in particular will benefit.”

Such enthusiasm notably contradicts the half of SMEs in the UK which believe that Brexit has had a negative impact of the UK’s society as a whole. And the 64% which believe it has negatively influenced the economy.

Research published in the Financial Times, found that red tape at the border, custom controls and taxes within the UK’s post-Brexit trade deal with the EU have caused a “steep decline” in the number of trading relationships Britain has with Europe and is curbing small companies’ ability to export.

Findings from the LSE Centre for Economic Performance show that although UK exports to the EU have now recovered to pre-pandemic levels, the number of relationships between buyers and sellers fell by a third after the introduction of the EU-UK trade deal in January 2021.

The same week that the minister of state for trade policy alluded to so-called Brexit benefits in the Telegraph, Sir Howard Davies, chairman of NatWest, referred to Brexit as a “significant mistake.”

Speaking to the Guardian, Davies said he isn’t optimistic about what the future has in store for the UK. “I am quite pessimistic actually. Brexit was a significant mistake. You don’t solve the problems of the left-behind by damaging the one area of the country that’s been writing the cheques. London is paying large amounts of tax and will be damaged by Brexit over time,” he said.

Talking to LFF, historian Andrew Pickard unpicked the flaws of the Telegraph’s article. He said:

“It is of major concern that so much of current government policy rests on assumptions about British exceptionalism rooted in a childlike reading of history. Penny Mordaunt’s article is but the latest example. Of course, we have been a trading nation, but this is hardly attributable to unique national geography or entrepreneurial characteristics.

“From the mid-18th century to the late 19th century, Britain dominated world trade as much through the power of the Royal Navy and the ability to call up the Indian Army, as our inventiveness and infrastructure. By the 1870s both the United States and Germany had surpassed us in industrial production, although for another generation much of world trade was carried in British ships. Sadly, two world wars put paid to that.

“This alternative reading of history points to the significance of power in achieving successful trading agreements. That was why we joined the Common Market in the first place – a market of 400 million people counted for more than one of 60 million. I have no doubt that we can agree trade deals although thus far since Brexit, most of them have been replacement deals previously agreed with the EU. A state by state, mayor by mayor approach doesn’t sound as if things will get speedier any time soon.

“Good luck to Penny Mordaunt in her endeavours but she might reflect perhaps that they would not have been necessary but for the internal politics of the Conservative Party which bedevilled their leaders from Major to May and looks like they won’t go away even for ‘oven ready’ Johnson.”

As one reader wrote: “What a load of promotional tosh. Judging by the comments so far, it’s time the Telegraph changed its pro-Brexit policy.”