Industrial action over an 'insulting' 3% pay offer for employees at Sun Chemical is set to impact production of the right-wing newspaper. 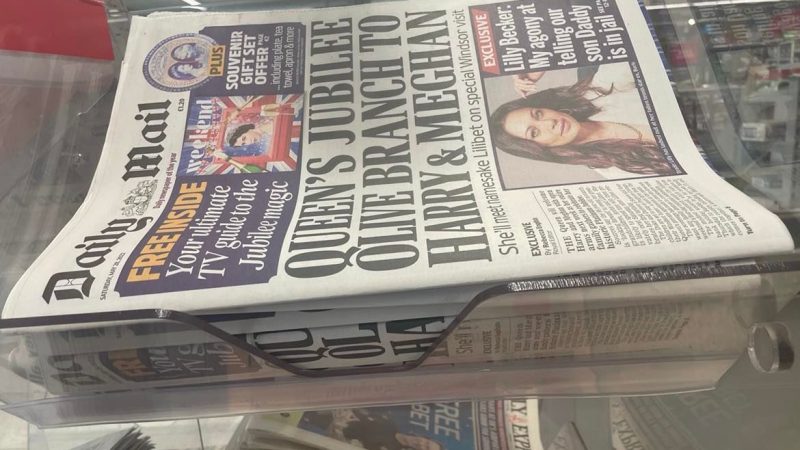 Almost 200 workers at the only ink manufacturer in Britain are to take strike action at several sites across the country over a pay rise offer they describe as ‘insulting.‘

As well as a real-terms pay cut as the cost-of-living soars, employees at the multi-billion profit company have been subjected to redundancies and site closures in recent years.

Employees at Sun Chemical, who are members of Unite, will take industrial action in June, including an overtime ban on June 6, and a 24-hour walkout on June 9. The action will take place at Sun Chemical sites in Bristol, Somerset, Cumbria, Derbyshire and Greater Manchester.

Sun Chemical is the world’s largest producer of printing inks and pigments. It provides materials to packaging, publication, coatings, plastics, cosmetics, and other industrial markets. The company is a member of the DIC Corporation group of firms based in Japan. A DIC Corporation report shows it made £2.5 billion in profit in 2020. Its Europe and Africa division, of which Sun Chemical is the largest company, netted £60 million in profits.

As the company generates huge profits, Unite is calling for employees to receive a fair pay rise.

Unite’s general secretary Sharon Graham says: “DIC and Sun Chemical generate massive profits so there is no reason at all why our members can’t be given a pay rise that reflects the soaring cost of living.

“Unite will not sit by while super-rich companies add to their wealth but tell their workers to swallow what amounts to a pay cut. Our Sun Chemical members are right to strike over this insulting offer and they will receive Unite’s full support.”

The walk-out at the Milnrow site in Rochdale, Greater Manchester, is expected to halt the printing of the Daily Mail.

“There’s been redundancies and site closures in recent years and the pension scheme was closed three years ago. The strike action is being taken to force Sun Chemical to provide a proper pay rise. The printing ink for the Daily Mail is manufactured by Sun Chemical so it could prevent papers being printed.”

Operations at the global packaging company, Amcor, at Scheizwer, and at Multi-Color Corporation, a worldwide supplier of premium label solutions, are also expected to be disrupted by the strike.

Commenting on the industrial action, Unite’s national officer Louisa Bull said: “Our Sun Chemical members have put up with redundancies and site closures in recent years and are now expected to take a real terms pay cut.

“Sun Chemical should be in no doubt that the strikes will escalate if this dispute is not resolved. There is still time for industrial action to be avoided, but that requires a deal being put forward that our members can accept.”

News that strike action is likely to affect production of the Daily Mail has been warmly received by some.

As one elated Twitter user wrote in response to the news: “Always been all for strike action. Even more so now.”

Another user responded: “I’ve never been pro strike action, but if it stops ink getting to the poisonous Daily Fail I’ll back it.”