Arooj Shah says she saw a 'new low in the Conservatives in Oldham.' 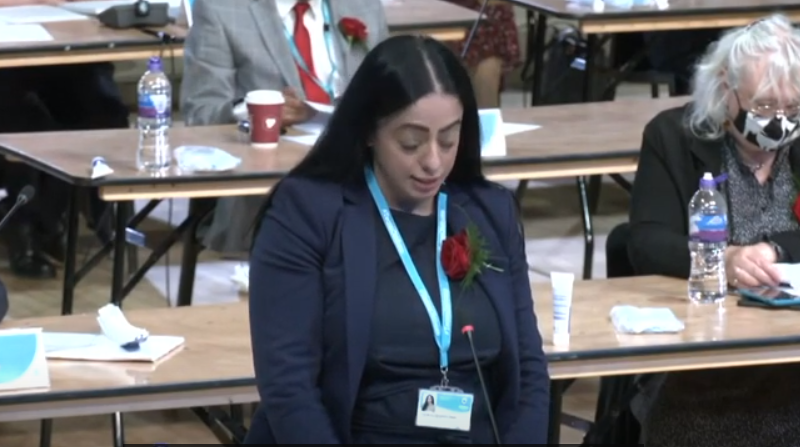 As Labour swept through once ‘unwinnable’ territory in London in the local elections, outside the capital results were more mixed.

In Oldham, Greater Manchester, Labour lost five seats but remain in control of the town hall, as with Salford, Manchester, Tameside, Trafford and Wigan.

Shah was elected to the council in 2012 and became leader of the council in May 2021, following her predecessor Sean Fielding losing his seat in that year’s election.

The Labour politician says that in the run-up to this year’s local elections, she was ‘dehumanised’ by a ‘deliberate smear campaign’, which she claims was against her and ‘not about policy at all.’

Talking to the Manchester Evening News, Shah said: “I fought a really positive campaign, I believe in positivity, that’s what I wanted to bring to politics in Oldham. The campaign against me was a really personal campaign.

“I saw a new low in the Conservatives in Oldham, they really jumped into the gutter. At every opportunity, I told myself ‘they go low, you go higher’. I think the one thing I can do is that I wanted to do my best for the people of Oldham. Even the opposition, I never retaliated,” she added.

Shah said she was ‘really disappointed’ by leaflets allegedly posted in Chadderton South by Conservatives, which she said anyone would have been ‘horrified by’.

In April, Arooj Shah accused the Oldham Conservatives of collaborating with a third party to hand leaflets out about her which she claimed were “defamatory and malicious.”

The Tories deny the allegations.

“The Oldham and Saddleworth Conservative Federation has been contacted by Cllr Shah regarding this issue,” said Cllr Dave Arnott of the Conservatives, adding:

“The Chairman has replied, clearly stating that the leaflet has nothing to do with the Conservatives, and suggesting that she should raise her concerns with the author.”

In 2021, just two months after becoming the first Muslim woman to lead a council in the north, Shah was the victim of an arson attack. A 23-year-old man was arrested on suspicion of setting the councillor’s car on fire.

Following her election as Oldham’s first female Muslim leader, Shah spoke of the continued misogyny and racism she has faced as a politician.

“Throughout my political career I’ve always had a fair amount of hate and abuse, and that is for a variety of reasons. A lot of it is misogyny, a lot of it is racism, and all that is very, very hurtful,” she said.

In the run-up to the local elections on May 5, Shah described the toxic environment surrounding this year’s election campaign.

“The tone of political discourse has become truly toxic and this year’s election campaign is no different. I’ve faced racist and misogynist abuse, harassment, death threats and physical intimidation.

“Of course, I welcome challenge on my politics – that goes with the job. But nobody should endure hatred and personal abuse in their work,” she said.

Calls to give councillors more protection

Amid a wave of abuse aimed at councillors, as those on the frontline of local democracy describe a ‘truly toxic’ political environment, local UK bodies are calling to give local councillors more protection.

Chair of the Local Government Association (LGA), councillor James Jamieson, warns that an increasing number of councillors are “being subjected to abuse, threats and intimidation both online and in-person, undermining the principles of free speech, democratic engagement and debate.”

In Scotland, Cosla, a councillor-led, cross-party organisation which champions councils’ vital work to secure the resources and powers they need, is working with Police Scotland to develop personal safety briefings for the new cohort of councillors.