‘Once again, the working people of this country will pay the price.’ 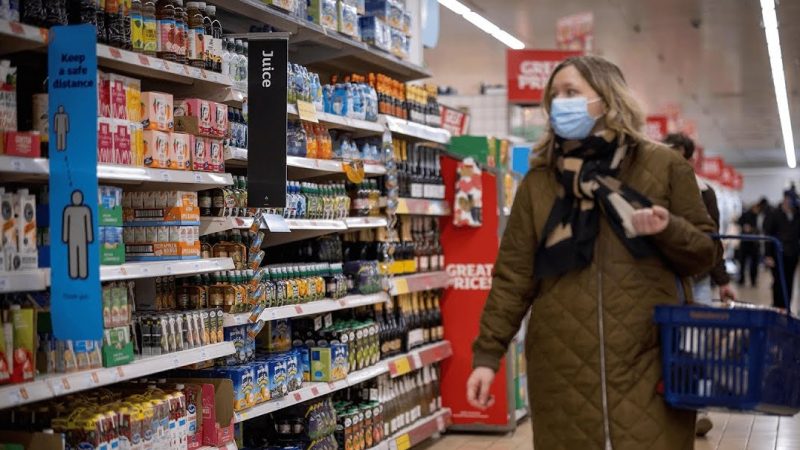 The Bank of England has increased interest rates to 1%, the highest level since February 2009. This is the fourth increase since early December 2021, when the base rate was 0.1%.

The Bank of England warns that inflation could go beyond 10%, as the war in Ukraine intensifies the already crippling cost-of-living crisis, and that the UK’s economy could be plunged into recession before the end of the year.

In what has been labelled the ‘bleakest economic outlook since the 1980s’, Bank of England governor Andrew Bailey said households face a fourfold hit of inflation surging to 10%, energy bills reaching almost £3,000 a year, interest rates rising jumping to 1%, and unemployment at 5.4%.

After his spring statement in March, the chancellor came under widespread criticism for failing to shield the poorest families from the worse knock to living standards in six decades.

As economists warn 1.3 million people will fall into absolute poverty next year, the opposition, experts from the Institute for Fiscal Studies, unions, charities and even his own back benchers, said Sunak could have done more to help those in need.

With the Bank of England rate rise poised to exacerbate the crisis, the government is facing fresh calls to launch a new package of financial support to struggling families.

Kate Bell, head of economics at TUC, warns that the base rate rise comes at the wrong time, and that the UK needs an ‘emergency budget’ not a rate rise.

“The economy is already slowing down and the rise will further harm growth,” said Bell.

“And it won’t have much impact on the supply-side problems like rising energy costs. The main actions needed are from government rather than the bank.

“We need an emergency budget to help families with the cost-of-living crisis.

“And it should include a windfall tax on excess profits from oil and gas, with the revenue used to help households with their bills and energy efficiency,” Bell continued.

‘All pain and no gain’

According to the union, the Bank of England’s decision to raise interest rates again will “further compound the damage done to the economy and hit jobs and investment, leaving the UK teetering on the brink of recession.”

Gary Smith, GMB general secretary, said: “The Bank of England’s announcement on interest rates is all pain and no gain and will only help push the UK closer to recession.

“GMB warned this would happen.

“Once again, the working people of this country will pay the price.”

4 out of 10 families cutting back on food

As interest rates are raised, statistics show the cost-of-living crisis is forcing one in four people in Britain to cut back on food. Office for National Statistics (ONS) data shows 39% of adults are cutting back on grocery shopping as the cost of living surges.

The survey found that four out of ten UK families are already struggling to pay energy bills and are spending less on food.

Noting the alarming statistics, Sharon Graham, general secretary of Unite, said: “Workers are getting hammered from all sides and this rise will add to the pain.

“Four out of ten UK families are already struggling to pay energy bills and are spending less on food.

“This will pile more financial pressure on ordinary families — mortgages, rents and price rises — all part of the big-business drive to make workers pay for the pandemic.”