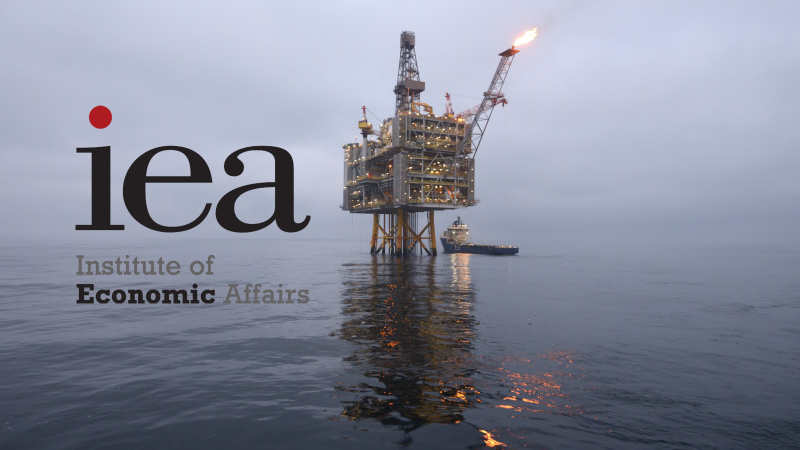 A windfall tax on oil company profits would ‘disincentivise investment’ in fossil fuels, according to the IEA’s head of public policy. The think tank has been advocating against further taxes for oil companies at a time when BP has just announced record revenues due to rising energy prices.

The IEA was revealed in 2018 to have received funding from BP. IEA director Mark Littlewood told an undercover reporter that the IEA facilitates meetings for oil companies with government ministers behind closed doors.

“BP is a corporate donor to the IEA. We’ve never written anything to specifically help BP’s, you know, er, precise business model, but their corporate affairs team will come to tons of our events, I mean, more than half”, Littlewood said.

Following the report, “the IEA volunteered that it had accepted donations from the company every year since 1967. Historical accounts state it also received £21,000 from ExxonMobil of the US to fund a grant for a researcher in 2005.”, according to The Guardian.

Both BP and ExxonMobile held registered meetings at the end of 2021 with the Department for Business, among numerous other energy companies. BP was present at four meetings with either Kwasi Kwarteng or Greg Hands, while ExxonMobile held one meeting from October to December 2021. BP announced record profits of $6.2 billion in the first quarter of 2022.

Of course, BP’s funding of the IEA is never mentioned when the IEA is quoted in articles such as this City AM report about BP’s recent announcement of $6.2 billion in earnings in the first three months of 2022. City AM reported that:

Replying to a request for comment, an IEA spokesperson said that “On funding the IEA is happy for donors to declare their donations publicly. Equally, we respect the privacy of those who may choose not to expose themselves to the kind of hyperbolic abuse heaped on our staff by campaigners who disagree with us, and are often whipped up by partisan publications.”

“Whether public or not, the same rules apply to donors: they cannot determine what we write or speak about. The IEA has high standards on this, including donor protocols and flag reports for regulatory compliance.”

In 2021, the IEA started a project called the Free Market Forum to host events in Westminster. The group’s co-chairs are Greg Smith and Dehenna Davison, both Tory MPs from the 2019 intake. Greg Smith lists this position in his Register of Members’ Interests as “Co-Chairman of the Free Market Forum, a project of the Institute of Economic Affairs. This is an unpaid role. (Registered 28 April 2021)”. Davison does not list her position.

Every single one of the Parliamentary supporters from the House of Commons listed on the Free Market Forum’s website is a member of the Conservative Party.

The Forum launched in September last year, with an event to promote a policy paper called 30 Ideas for 2030, which included “reforming the BBC into a subscriber-owned mutual or radically reforming employment law to encourage business formation and expansion, to a range of tax reform measures and reforming human rights legislation.”

Given that the IEA was caught boasting that they organise meeting where corporate representatives from BP “attend “intimate” private lunches and dinners” where they can “probe ministers on issues like worker safety, environmental regulations and taxation”, hosting outreach events in Westminster where Conservative MPs can meet industry representatives exposes the IEA to the accusation that it is involved in lobbying.

As a charity, the IEA is governed by Charity Commission rules, which state that “to be a charity an organisation must be established for charitable purposes only, which are for the public benefit. An organisation will not be charitable if its purposes are political.”

In 2019, the IEA were issued with a formal warning by the Charity Commission after “using its resources to campaign for a hard Brexit” by publishing a one sided report.

The think tank also lost a two year battle with LBC presenter James O’Brien after they complained to Ofcom that the presenter had described them as a “hard-right lobby group for vested interests of big business, fossil fuels, tobacco, junk food”.

When Unearthed revealed that the IEA were funded by BP, an IEA spokesperson said that “It is surely uncontroversial that the IEA’s principles coincide with the interests of our donors.”

On the Charity Commission website, under ‘who the charity helps’, the think tank’s answer is “The General Public/mankind”.

The IEA argues that taxes on revenues from North Sea oil are already higher than normal corporation taxes, and that taxing oil company profits would create a disincentive for them to invest. The IEA’s spokesperson said “My view (the IEA holds no corporate view) is that… there is already a windfall tax on operations, given the North Sea Fiscal Regime (NSFR). The combined special corporation tax rate of 40% is some 21 points higher than that paid by other taxable business activities.”

The spokesperson stated that since the NSFR was due to raise £21bn between 2021-25, and that this already represented a windfall for the Treasury. If this is how much oil companies are due to pay in tax (though there are certainly ways that oil companies can find to pay less than they should), then it’s not hard to imagine how much they are making in total revenue.

However, the Telegraph recently reported that “BP is poised to expand a major Shetland oil field as it boosts investment in the North Sea to fend off the threat of a windfall tax.”

And an investigation by Channel 4 also revealed that despite making £9.5 billion in profits in 2021, “BP’s north sea oil operations have paid zero tax for five years. In fact, they’ve actually received money from the taxpayer. In 2019, they had a negative tax rate of minus 54%.”

George Dibb of the progressive economics think tank IPPR said on Twitter that “BP said yesterday it’d still be investing in the UK if gov levies a windfall tax & told investors “we’re getting more cash than we know what to do with”.”

BP seems to be offering to boost investment by “up to £18 billion ($22.5 billion) in the UK’s energy system by the end of 2030, a move designed to head off any possibility of the UK government imposing a windfall tax on the supermajor”, according to Upstream.

Seemingly caught not paying tax, the company is offering to compensate the government by investing in the energy system. Of course, the government could always simply tax oil companies and do the investment itself.

When a think tank as influential within the Conservative Party as the IEA is allowed to keep its donors private and claim to be an educational charity working for the benefit of ‘mankind’, a higher degree of scrutiny and transparency should be expected. Perhaps it’s time for the Charity Commission to look again at whether the IEA deserves its charitable status.