The environmental group says that it had no option but to take action after the government’s refusal to say ‘no to funding Putin’s war on Ukraine’, adding that it would do it for them. 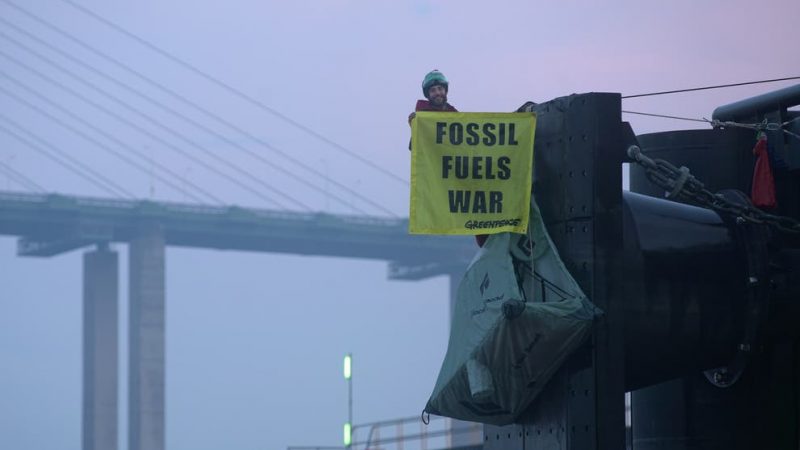 Greenpeace says its activists have stopped a tanker loaded with Russian fossil fuels from docking near London.

The environmental group says that it had no option but to take action after the government’s refusal to say ‘no to funding Putin’s war on Ukraine’, adding that it would do it for them.

The group said in a statement: “It’s been nearly three months since Russia invaded Ukraine. Since then, our television screens and social media feeds have been filled with horrific images of war. Putin’s former adviser has said that banning Russian fossil fuels could stop the war. The government said they would block all Russian-owned ships from UK ports but these were empty words, and ships carrying Russian fossil fuels are still entering the UK.

“That’s why brave activists have blocked a tanker of Russian oil right now – will you stand with them and send a clear message to Boris Johnson demanding the government stop importing Russian oil and gas, get off fossil fuels and switch to clean energy now?”

The campaigning organisation has been tracking Russian fossil fuel shipments online and in April it estimated that the UK has imported nearly two million barrels of Russian oil, worth an estimated £220 million, since the start of the war.

It added: “And more has arrived since then. The lives of ordinary people in Ukraine are being destroyed, but European countries including ours continue to fund this fossil-fuelled war.”

Police have since arrested eight people after Greenpeace protesters “blocked” the oil tanker that had arrived in the Thames from Russia.