If the Sue Gray report hadn’t had come out we wouldn’t be getting this windfall tax. 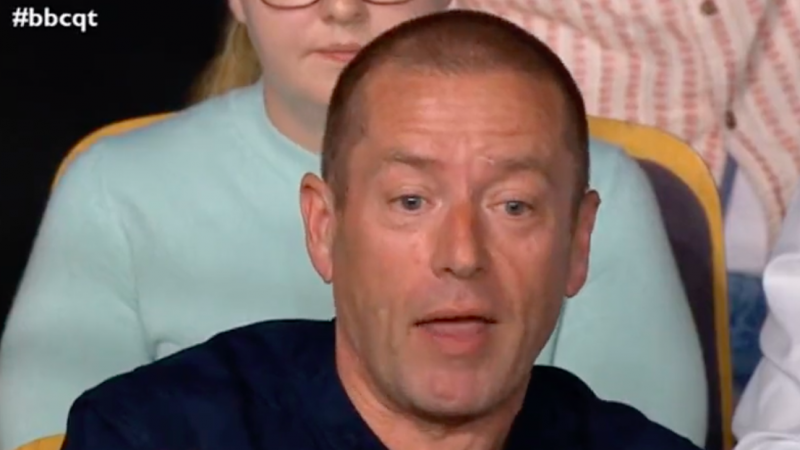 The timing of Rishi Sunak’s announcement of a £400 energy bill discount was slammed by audience members on BBC Question Time last night who thought it was done to distract from the findings of the Sue Gray report.

The chancellor announced a £15 billion package after weeks and months of growing pressure to help people with the soaring cost of living crisis as Britons faced their fastest fall in living standards since records began, with inflation reaching a 40 year high.

Sunak was forced into a humiliating U-turn by the Labour Party, announcing a windfall tax which would temporarily target energy profits through a levy amounting to 25% on profits of oil and gas firms but will be phased out when prices return to normal.

He also said that there would be a £400 discount on energy bills for all and a £650 one-off payment to the poorest eight million households. Eight million pensioners who get winter fuel payment will also get a £300 payment.

However, audience members on Question Time called out the cynical timing of Sunak’s announcement.

One audience member told Tory Robert Buckland: “They really only acted now, which again is too late because of what was announced yesterday with the Sue Gray report. If the Sue Gray report hadn’t had come out we wouldn’t be getting this windfall tax. That’s it. They voted against it last week, it’s 7 days, I know it’s a long time in politics but we’ve all got long memories.”

Another added: “In my opinion, it’s typical Conservatives. They knew what was coming with the Sue Gray report. And this is just something to deflect from partygate and the disgrace that they are as a government.”

Alliance party leader Naomi Long said: “A blind man on a galloping horse would see this for what it is.

“Essentially what we have here is the government wanting to deflect from a bad news day yesterday and coming forward with a package of measures today that will hopefully get them some good publicity.”