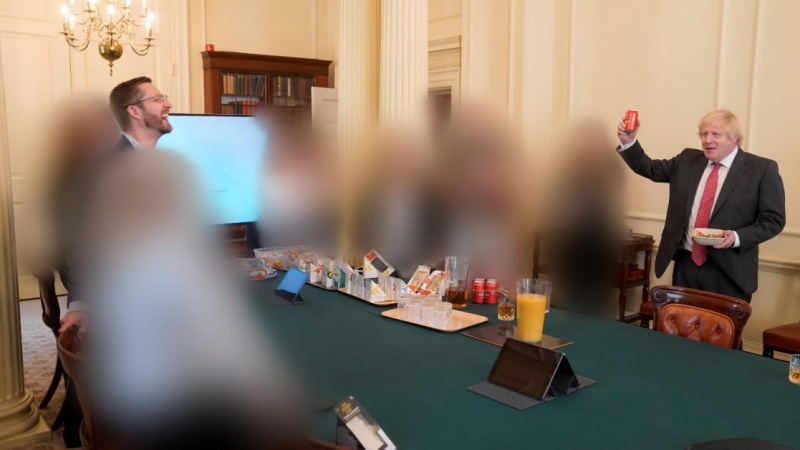 Here are all of the pictures from the Sue Gray report which show rampant Covid-rule breaking in Downing Street, while the rest of the country made sacrifices and was told to stay at home to save lives.

In total there are 9 pictures from report which dropped earlier today.

The pictures show Boris Johnson and Chancellor Rishi Sunak  among those breaking the law.

The report found that there was a culture of partying in Downing Street and Whitehall during lockdowns and that the senior leadership of Downing Street must ‘bear responsibility. The report added that “while there is no excuse for some of the behaviour set out here it is important to acknowledge that those in the most junior positions attended gatherings at which their seniors were present, or indeed organised”.

At a gathering on 18 June, Gray found that an “excessive amount of alcohol” was consumed and that “one individual was sick” and there was a “minor altercation between two other individuals”.