Reform is needed so that more communities can participate in its success. 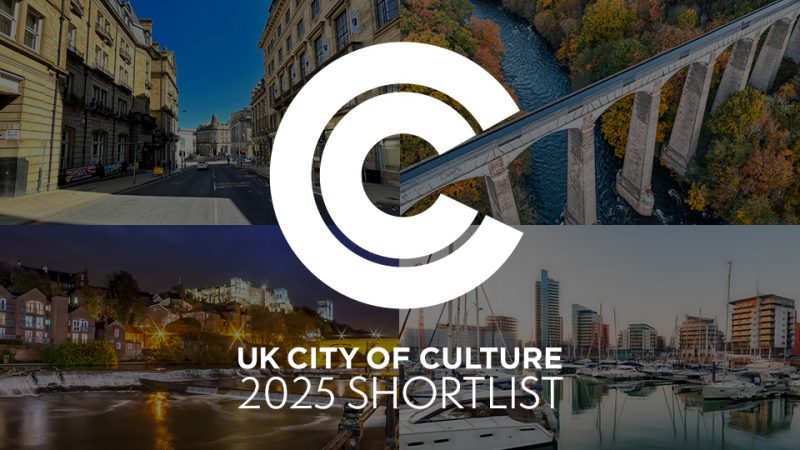 Next month, either Bradford, County Durham, Southampton or Wrexham County Borough will be announced as UK City of Culture 2025. Whichever place wins will spend the year in the cultural spotlight, telling their local story on a national stage and reaching out to local communities who do not traditionally engage with arts and culture.

Established by the last Labour Government, UK City of Culture has brought real benefits to past recipients of the award: Derry-Londonderry, Hull, and Coventry. And inspired by the national example, local initiatives have been created: Sadiq Khan launched the London Borough of Culture; Andy Burnham created the Town of Culture in Greater Manchester; and Steve Rotherham announced the Borough of Culture in Liverpool City Region. These initiatives are now a prominent part of the cultural landscape.

Our Fabian Society research paper, Cultured Communities, concluded that Hull did benefit significantly from its 2017 award. For example, there was an increase in people feeling proud to live in Hull and connected to their local community during UK City of Culture. Over 2,400 people volunteered as part of the ‘City of Culture Volunteers’, with significant personal wellbeing improvements for those involved. Economic analysis showed a clear increase in the value of tourism and day visitors to the local economy, following Hull’s designation as UK City of Culture.

But UK City of Culture is not perfect. By its very nature, just one place every four years can benefit. That means 19 other places will have bid for the 2025 award, and will receive nothing. Competitions are not necessarily a bad thing, but it is clearly problematic in the context of spending cuts. Investment in arts and culture is increasingly uneven, and many places are left on the side-lines because of competitive funding processes.

Perhaps surprisingly, winning UK City of Culture also doesn’t actually guarantee direct additional funding from central government. With annual local arts and culture budgets being squeezed by over £800m since 2010, central government’s austerity programme has restricted the ability of many places to bid for UK City of Culture, host it, and ensure it has a lasting legacy.

To improve UK City of Culture, the Government reformed the bidding process for the 2025 award. For the first time, groups of towns were able to join together and apply for the award – opening it up to a wider number of places. Also, money was provided to support places to develop bids – something our Cultured Communities project also called for.

But more can be done. The UK Government should learn from London’s Borough of Culture and other cultural initiatives if it is serious about ensuring more communities, large and small, can participate in its success.

Firstly, before the bidding starts, it should be made clear that the winning location will receive funding from central government. This would give more local authorities confidence that they can afford to put on a year of culture that delivers for their residents. This investment should also support legacy work after becoming UK City of Culture. For example, Hull City Council created a one-off £2.6m legacy fund; the government could make an annual match-fund contribution of a similar value until the award passes to another city. Councils that become London Borough of Culture are guaranteed funding directly from the Mayor before bidding starts, so why can’t the UK Government guarantee it as part of UK City of Culture?

For the rest of the UK, cultural impact awards could unlock smaller amounts of funding to numerous individual projects across the country. They would have to have a specific social purpose, seeking to use culture to tackle challenges facing the community or expand opportunities to get involved.

But crucially, it would be open to communities of any size, especially smaller towns and villages, that either cannot be considered, or would struggle to be considered, for UK City of Culture. By offering smaller amounts of investment to more places every four years, we can ensure that everyone can benefit from arts and culture, especially in rural and coastal areas that are often locked out of public funding.

UK City of Culture has allowed three places – and soon a fourth – to use arts and culture tell their story, reinforce local pride, and attract investment. But the benefits are too great to be limited to just a few award winners. Reform is needed so that more communities can participate in its success.