Tories rallied to defend Boris Johnson as it was revealed that he and Chancellor Rishi Sunak had been fined by police. 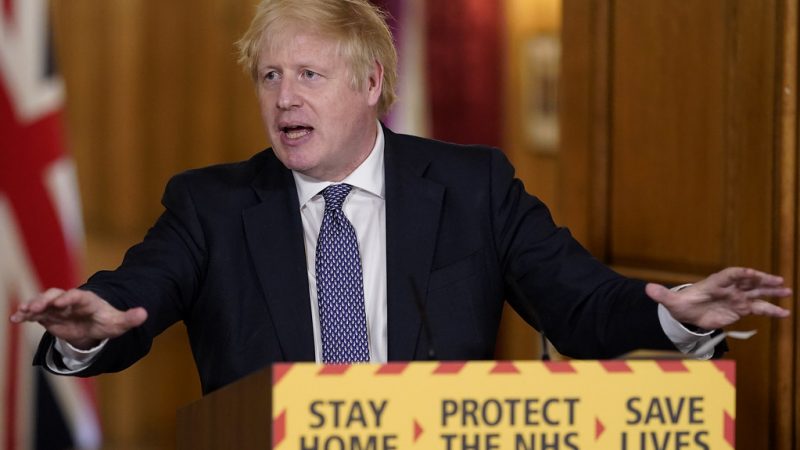 ‘It’s incredibly unlikely we’ll be in general election territory’ said Tom Harwood on GB News, though he admitted there could be a leadership election. But he said “there is zero consensus on who could replace him”.

This lack of consensus, and the hope that the public’s anger about Partygate has cooled since the start of the Ukraine war, has led Tory MPs to be cautious about predicting the Prime Minister’s fate.

The Telegraph also reported that the “temperature within the party has cooled and he [the PM] is probably secure unless it is something particularly horrendous”.

And a number of MPs, including Douglas Ross, were the first to publicly stand behind Boris Johnson, saying now was not the time for him to quit.

This is despite Ross saying in the past that lying to parliament and breaking the ministerial code were a “straight red”.

Sir Roger Gale, one of the first critics of the Prime Minister over Partygate, also said that now was not the time to unseat Johnson.

Tory MP Darren Henry called on Boris Johnson to apologise, but said he would wait for the Sue Grey report to make a final statement.

And Tory MP Michael Fabricant also defended Boris Johnson, while still calling on him to apologise. He suggested that the Prime Minister’s behaviour was not knowingly breaking any rules, and compared it to “teachers and nurses who after a very long shift would go back to the staff room and have a quiet drink”.

However, Nigel Farage did appear to call for the PM to resign, saying that “The argument is that he can’t leave now while the war in Ukraine is going on, but you know what, Winston Churchill went in July 1945 when we were fighting the Japanese.”

Churchill had of course just lost a general election to Labour when he resigned.

The question remains open as to whether Boris Johnson broke the ministerial code, something which they said only the PM himself was “judge and jury” on.

This would seem like an interesting technicality, that the Prime Minister cannot be said to have broken the Ministerial Code because he is in charge of it. If the PM refuses to admit that he lied to parliament over Partygate, he can simply carry on trying to deny that he knowingly broke any rules, despite being fined for doing so.