The prospect of TfL’s services descending into a managed decline should be terrifying for all those concerned, but sadly the government doesn’t appear to have received the memo. 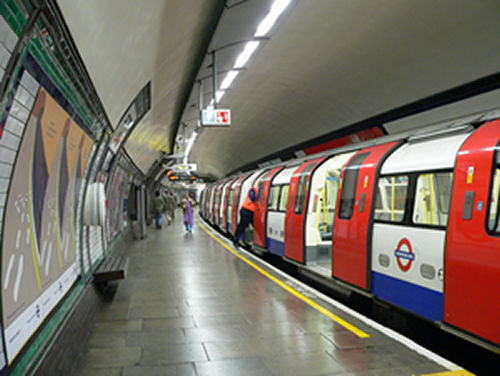 The pandemic has wreaked havoc on our public finances. Within this context, it is the job of the government to think strategically about where and how it can raise money, which mechanisms it will use to achieve that, and how to prioritise between competing interests.

It’s an unenviable task but it’s the main task of government, nonetheless. Principally, it’s a task that requires an overarching strategy.

Where, or into which industry, can money be invested where it will become self-sustaining, thereby creating not only jobs but value for money for the taxpayer? The Conservatives are, after all, a party known for their fiscal competence.

Another strategic consideration is what are our most immediate and pressing challenges, domestically and internationally, and how can government spending be directed to best meet them?

To me, it’s clear that investing public money into public transport infrastructure is economically wise. An extensive, affordable transport network enables, and encourages, people to use public transport regardless of how close they live to their workplaces, friends and/or family; it opens up new opportunities for people to look for work and study opportunities away from their immediate area, and it encourages businesses to invest in new areas.

As regards the pressing challenges that this country faces, there is no issue more pressing, nor more urgent, than the climate emergency. The Prime Minister has committed the UK to a 78 per cent reduction in emissions by 2035. Within this, London has a huge role to play, hence Sadiq Khan’s target for the city to reach net zero by 2030. Keeping public transport usage high, and car journeys low, will be absolutely central to this effort.

It would surely therefore follow that for a government that has had its finances severely damaged, a government that is looking to make smart economic decisions and that is mindful of our environmental obligations, investing in London’s transport infrastructure would be a sensible course of action.

That, sadly, has not been the case.

While it is absolutely true that the government has provided support to the transport sector during the pandemic, its generosity was not evenly spread. Up to 24th July 2021, more than £10.4 billion had been paid to train operating companies in financial settlements. By contrast, just over £4 billion has been provided to Transport for London (TfL), all of which has been paid out in short term settlements, each of which have fallen well below what TfL needs and has asked for.

This is simply nonsensical, and incredibly harmful. In a paper submitted to the TfL Finance Committee on the ‘Implications of reduced funding for TfL’ last November, it was stated that long-term funding support would be critical to “maintain the capital’s economy, its attraction for international visitors and business, and its net contribution of £39bn per annum to the UK’s economy.” That’s a colossal sum and represents just how high the stakes are.

Ultimately, I fear what has happened is that the issue of TfL funding has been superseded by a political dispute between a Labour Mayor and a Conservative government.  That would go at least some way in explaining why the negotiations have been so public, so fraught and so protracted, with the government seemingly offering nothing but obstacles.

The negotiations have also been an incredibly expensive process. My Liberal Democrat colleague on the London Assembly, Caroline Pidgeon AM asked the Mayor in January how much TfL has spent on the four negotiation rounds with the Department for Transport (DfT). In response she was told there is a core negotiation team of ten officers who spend all of their time on funding negotiation work – work which has now been going on for two years – with both the Commissioner and the Chief Finance Officer spending around 50 per cent of their time. This is an extraordinary drain on resources and an enormous cost to London taxpayers.

We must also not lose sight of the exceptional circumstances under which TfL is funded. 78 per cent of TfL’s finances come from fares, which is unique for comparative cities across the world. That’s another clear argument for the government to be more generous towards TfL, not less.

The government’s political bias notwithstanding, its position has largely been that TfL must ‘clean up’ its ‘irresponsible’ finances. Put plainly that means painful cuts. Inevitably this has already led to TfL warning that there will be a reduction in services. In the ‘Implications of reduced funding for TfL’ paper submitted to TfL’s Finance Committee, the point was made that reduced investment could absolutely risk loss of passenger trust, more users choosing private cars as their preferred mode of transport. This would, in turn, inevitably lead to worsening air quality through an increase in harmful emissions.

This brings us to the heart of the environmental issue. London has targets to meet and emissions to cut. It would therefore be unconscionable to see a cut in services and frankly it wouldn’t be much better to see a retention of services at current levels. TfL needs to be in a position where it can invest more in its services so that Londoners and non-Londoners are incentivised to come into London and travel using public transport in numbers never before seen.

Not only is the government not being forthcoming, but it is not being open about its thinking. The Department for Transport commissioned a report from KPMG to explore TfL’s financial sustainability, at a cost of £1.2 million.  In January I asked the Secretary of State for Transport what progress had been made on making this report public

I was told the review was a matter of “live policy making” and that they were still monitoring whether it had satisfied the “public interest test”. This is incredibly worrying behaviour by a government that appears intent on keeping the contents of the publication away from the public. This is not a unique concern, but one voiced by London business leaders 18 months ago.

What we are left with, therefore, is a government seemingly unwilling to take seriously the importance of London’s transport network. All the while, our national economic recovery is held back, as are our net zero efforts.

It may be that a simple handout from the government is not the way forward for TfL, but whatever the best course of action is, we need a full and frank discussion in the public arena and for the government to be clear about the scale of the problem.

A good starting point would be the publication of the KPMG report into TfL’s finances. Even a redacted version would pave the way for an informed and proper debate about the future of TfL and a fair examination of the range of finance options available to ensure London’s long-term economic revival and give us the best possible foundation from which to encourage commuters to ditch their cars and use public transport.

The stakes are too high for such an important issue to be dominated by a political dispute. The prospect of TfL’s services descending into a managed decline should be terrifying for all those concerned, but sadly the government doesn’t appear to have received the memo.

I will continue to use my voice, not just as a London MP but as a British elected representative, to urge the government to be forthcoming, long-sighted and ambitious about the kind of support it’s willing to provide in order to meet our economic and environmental obligations.