No empathy from Sunak for pensioners, the poor, sick, unemployed, workers and graduates. 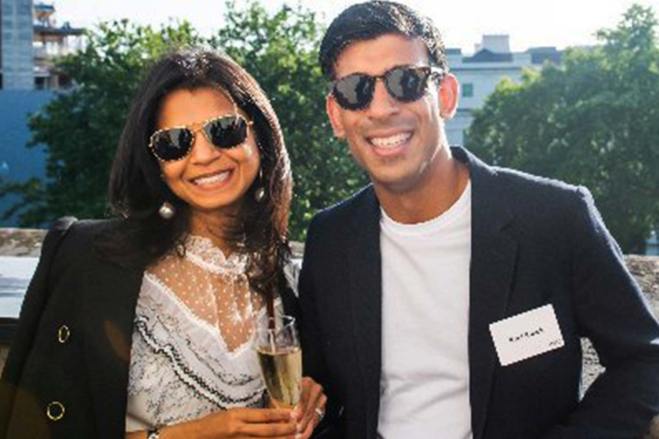 Millionaire Rishi Sunak and his billionaire wife Akshata Murthy have donated more than £100,000 to the chancellor’s exclusive old private school, Winchester college, it has been revealed.

Sunak and his wife’s decision to donate such a large sum of money to his £43,000 fee-charging old private school is telling during a cost of living crisis, as millions of families up and down the country struggle to make ends meet.

The chancellor and his wife’s donation comes at a time of unprecedented education spending cuts for state schools, with the average private school pupil having £6,500 – or 91.5% more – spent on them during the 2020-2021 academic year than the average peer at a state school, according to the IFS.

Sunak also decided to scrap the £20 uplift to Universal Credit which had seen 400,000 children lifted out of poverty and his decision to do little to help working families during the cost of living crisis, while prioritising his own wealthy college for donations, has once more thrown a light on the chancellor’s vast personal wealth.

Revelations of the donations led to the chancellor being accused of being ‘out of touch’ with ordinary families, with others highlighting just how little support he had given to struggling families and children at state schools.

Diane Abbott MP tweeted: “If Rishi Sunak has £100,000 to give to a school, he should give it to one of the schools in Hackney. I am sure that Winchester College can do without the money.”

“No empathy for pensioners, the poor, sick, unemployed, workers and graduates.”

A spokesperson for Sunak said that the donations would help ‘fund scholarships for children who would not otherwise have the opportunity to go to Winchester’. It’s worth pointing out however that bursaries and grants are relatively low in value among private schools and distributed to only one in five of families outside the top 10% richest families, according to a study by UCL. Only 4% of private school turnover is devoted to bursaries, and only 1% of private school pupils get to go for free.

If Sunak really wanted to help children from poor and disadvantaged backgrounds he wouldn’t have cut the £20 uplift in Universal Credit which lifted 400,000 children out of poverty, nor would he donate such large sums to a private school. The answer would be to spend on state schools rather than to strengthen further a socially segregated education system.