'Without a strong social movement of the people, the coup will further intensify.' 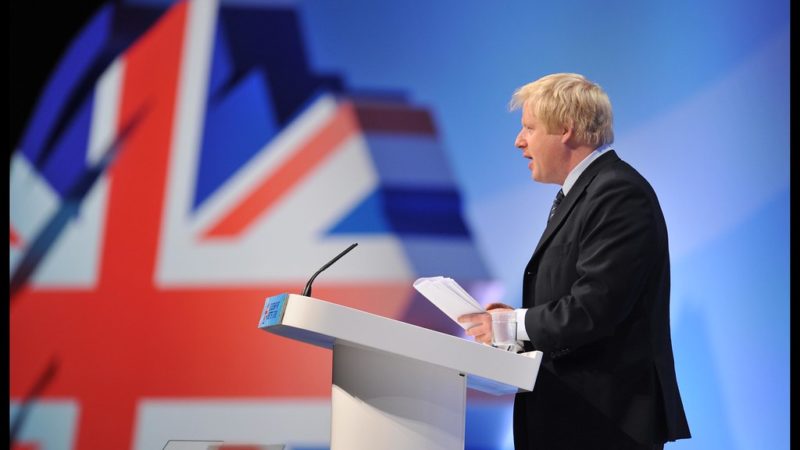 Since the Second World War military coups in the western world have been rare. Instead, there are right-wing coups aimed at restructuring the post-war institutions that enabled the working classes to secure higher economic returns, social welfare and rights. The garbs of democracy are being used to disenfranchise and impoverish the masses.

The coup has accelerated since 2010 though it began with the Conservative governments of 1979-1997. The first aim of the right-wing coups is to weaken the working class and trade unions. That was the target of the Thatcher government. It introduced numerous anti-trade union laws to weaken workers’ rights.

In 1976, workers’ share of gross domestic product (GDP) in the form of wages and salaries was 65.1%. With the subsequent weakening of trade unions, the rise of zero hour contracts, temporary work, agency fire and rehire policies, just before the 2020 pandemic, workers’ share GDP declined to 48.7%. Capital increased its share of GDP at the expense of workers.

The 1997-2010 Labour government led by Tony Blair was content with the anti-trade union laws. Today, governments don’t even enforce employment law. P&O Ferries sacked 800 employees without any warning or consultation and replaced them with cheaper staff. Its directors openly admit that they violated employment law, but face no retribution.

In case workers get any revolutionary ideas, they are clobbered with an unfair tax system. The poorest 10% of households pay 47.6% of their income in direct and indirect taxes, compared to 33.5% by the richest 10%. Inevitably, 14.5 million people live in poverty and rely upon foodbanks for survival.

The coup uses nationalistic language and divides people. It scapegoats marginalised people for economic woes. The sick and disabled are assumed to be unproductive and confined to the margins of society with low sick pay and derisory benefits. Millions of pensioners live in poverty on a state pension that is around 50% of the minimum wage, and the lowest (as a fraction of the average wage) in the industrialised world. The lifestyle of traveller communities is portrayed as a threat. So the Police, Crime, Sentencing and Courts Bill makes it easier for that community to be criminalised.

The coup has disdain for political institutions. In 2019, Prime Minister Boris Johnson illegally prorogued parliament. Reminiscent of the practices of Nazi Germany, lies and misrepresentations have become the tools of the coup.

Britain’s economic decline is blamed on foreigners rather than a failing political system. The coup engineered Brexit. It mobilised people with promises of £350m of new funding in the NHS each week, and giving people the control of new politics. Brexit has failed to deliver the promised benefits.

Under the Health and Care Act 2022, the NHS will be a mere shell of its former self. Its main function will be to dole out contracts to private corporations. The government’s neglect of the NHS has resulted in over 175,000 deaths from Covid, nearly two-and-half times the number of civilians killed by Luftwaffe bombings during the Second World War.

As part of its nationalistic fervour, the government portrays asylum seekers as causes of low wages and housing crises. So, rescuing drowning refugees is a criminal offence under the Nationality and Borders Act 2022. The Act empowers the Home secretary to remove people’s citizenship without telling them and thus make them stateless and subject to permanent detention.

The government will engage in human-trafficking and forcibly send asylum seekers on a one-way ticket to Rwanda. Through the Nationality and Borders Act the government has diluted its obligations under the 1951 Geneva Refugee Convention.

In case people want to fight back, electoral processes are being rigged. An independent Electoral Commission has overseen the electoral processes and indeed fined the Conservative Party for malpractices. The Elections Bill ends the Commission’s independence by bringing it under government control. Ministers will make decisions about electoral processes. Brits will need compulsory photo ID to vote, a requirement that may disenfranchise 1.7 million poor people, mainly voting for the opposition parties. Trade unions and charities face severe restrictions on political campaigns. The government is adding tax exiles and others who have paid no UK taxes for decades to the electoral register, so that they can make lavish donations to the Conservative Party.

Marginalised groups have long used protests to draw attention to their plight, but the government is clamping down on dissent. The Police, Crime, Sentencing and Courts Bill criminalises protests on the grounds that they are ‘too noisy’ and inconvenience others.

The Covert Human Intelligence Sources (Criminal Conduct) Act 2021 enables the government to authorise state and non-state actors to commit murder, torture, rape and phone-tapping with complete immunity from prosecution and without any court order because it is “in the interests of the economic well-being of the United Kingdom”.

The coup has accelerated because the UK has weak political institutions. With a majority of 80 in the Commons, the legislative scrutiny is perfunctory. The Labour party is weak and continues to distance itself from trade unions and worker rights.

Without a strong social movement of the people, the coup will further intensify.