The arrival of the new TV network is likely to heighten the growing fixation on ‘opinionated’ and ‘politicalised’ news commentary, potentially widening political polarities, while bringing yet more anti-woke, anti-left debates to the fore. 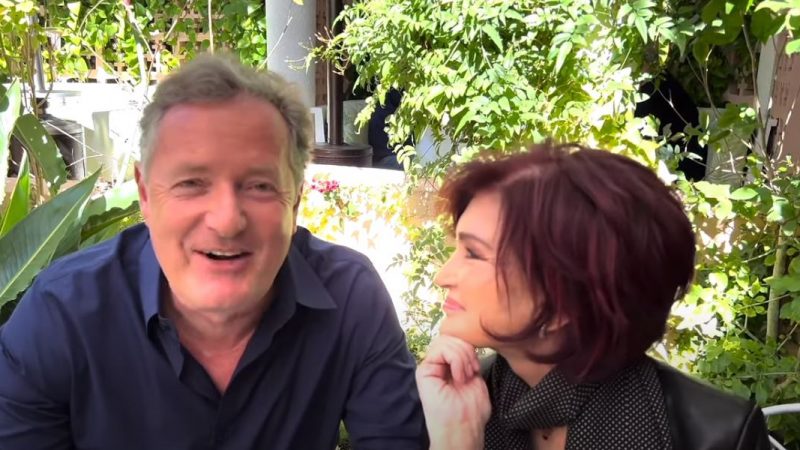 In 2018, nearly three decades after the launch of the British satellite broadcaster, Rupert Murdoch sold his £11.6bn Sky stake. Unsatisfied with controlling 25% of Britain’s print circulation, supplemented by website traffic pulling in 54 million visitors a month to the Sun and the Times, billionaire and firmly on the right Rupert Murdoch is to return to Britain’s TV landscape.

The forthcoming TalkTV channel is operated by Murdoch’s News UK, which is part of the talkRADIO family.

The channel is scheduled to launch on April 25.

It’s difficult to imagine that anything associated with the 91-year-old media baron, who in 1996 created the hugely influential conservative network Fox News in the US, would not be anything less than a concerning right-wing rival to GB News.

And the roster of high-profile presenters lined up to be involved in the channel bolsters such concerns.

Piers Morgan to have a prime-time show

Murdoch has entrusted the launch of his new channel to Piers Morgan, who is one of the ‘big-name talent’ signed up to present on the network. Morgan, who quit GMB over his remarks about Meghan Markle, is to present the channel’s flagship primetime show, Uncensored. Marking a return to TV, Morgan promises to ‘cancel the cancel culture.’

The Trump-supporting former editor of the disgraced News of the World is reportedly set to be joined by Sharon Osbourne on the primetime TalkTV shows beginning on April 25. Morgan’s one-hour show will be streamed on Murdoch’s Fox Nation in the US and on the media mogul’s Sky News Australia.

According to a report in the PressGazette on ‘everything you need to know about TalkTV’, the channel’s launch date announcement confirmed that TalkRADIO’s daytime roster will be a simulcast on TalkTV before the primetime TV shows come on air.

Featuring controversial hosts with predominantly right-wing views, the line-up doesn’t provide us with much hope that TalkTV won’t be anything but a right-wing rival to GB News.

The team of presenters comprises of Julia Hartley-Brewer – the journalist, columnist and TalkRADIO host who has been described as ‘right-wing’ a number of times – on one occasion for telling Andy Murray to “stick to tennis” after he suggested Nigel Farage was a hypocrite –, Mike Graham, a self-styled anti-woke former newspaper editor and talkshow host who famously tore up a copy of the Guardian on air while shouting, “Once again the Guardian is an absolute and utter disgrace to this country!”, Ian Collins, the former LBC presenter, who described the left as “nasty” and said they are “killing free speech,” and Jeremy Kyle, who took to talkRADIO after his controversial Jeremy Kyle Show featuring guests with outlandish problems was canned after 14 years on ITV when a guest who featured on the show took his own life.

According to News UK, the new TV channel will “use talent and programming” from across the UK’s media – predominantly right-wing media – including the Sun, Times, Sunday Times, Times Radio, talkRadio, talkSPORT and Virgin Radio, to air a “mixture of new shows and televised content from these brands.”

Rebecca Brooks is in the fray

Rebecca Brooks, who became a household name during the News International phone hacking scandal but was acquitted of all charges including conspiring to hack phones when she was editor of the News of the World, was appointed News UK chief in 2015, just a year after she was cleared of the phone hacking charges. The appointment was described as sticking “two fingers up to the British public.”

Talking of the launch of TalkTV, Brooks said: “We are committed to providing choice for television and streaming viewers and bringing the best of our journalism to the screen.

“Taking advantage of modern technology, we can produce high-quality shows at low cost.”

Another ‘big name’ pegged to be included in the TalkTV line-up is Tom Newton Dunn, former political editor of the Sun, whose article in 2019, which promoted the claims of “former British intelligence officers” that Jeremy Corbyn, Labour leader at the time, “is at the centre of an extraordinary network of hard-left extremists,” had to be deleted, censured for promoting fascist propaganda against the UK left.

The PressGazette’s report notes how comparisons of TalkTV with GB News are “already rife,” noting how it appears TalkTV is confident it can produce a better launch than its rival.

From embarrassing technical glitches to the exit of its lead presenter and director of programming, the right-wing, free-to-air television and radio news channel GB News faced a turbulent first few months on air. And in the words of former chairman Andrew Neil himself, “it just got worse and worse.”

As the PressGazette reports, Murdoch’s News UK-owned TalkTV venture is confident of a less calamitous launch, and hopes to steal viewers from the BBC and Sky News.

The right-wing press leapt on the news of the impending launch of Murdoch’s new TV channel, relishing in reporting on the high-profile conservative names lined-up for their own shows.

In typical insensitive, sensationalist fashion, the Daily Mail ran with the headline ‘Jeremy Kyle whose show was axed when guest killed himself prepares to make his on-screen comeback on Rupert Murdoch’s new channel TalkTV.”

While the Sun exclaims the “awesome” news that has Piers Morgan fans going “wild” as he joins the US news show The Five ahead of his TalkTV launch.

It might not have aired a single minute yet, but the launch of Murdoch’s TalkTV is already stirring controversy by its mere existence.

News UK might claim that the TalkTV channel will feature “proper” hourly news bulletins, sports and entertainment shows, as well as current affairs, debate, opinion and documentaries, but the arrival of a new right-wing TV network to Britain’s media landscape is likely to heighten the growing fixation on ‘opinionated’ and ‘politicalised’ news commentary, and potentially widen already gaping political polarities, while bringing yet more anti-woke, anti-cancel culture, and anti-left debates to the fore.