The history of Presidential elections over the past fifty years have seen a complete reversal of fortunes for the two dominant currents, and the forerunner organisations of their political thought. 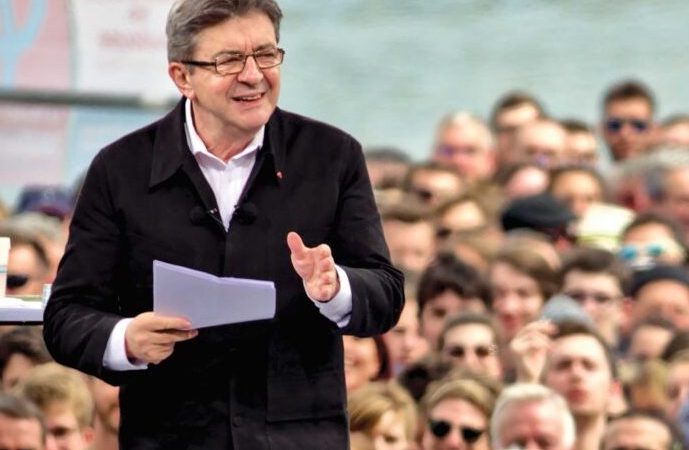 Jon Trickett is the Labour MP for Hemsworth

The first round of the French Presidential election has demonstrated the recomposition of French politics, the growth of the right, and the urgency of the reorganisation of the left.

The election has confirmed the historic decline of the mainstream social democratic party – the Parti Socialiste (PS), alongside a corresponding decline in the main historic party of the centre-right, namely Les Republicains (LR), in its current guise.

Those two organisations of the centre and the right now dominate, and are through to the second round, with the PS failing for the second time in a row – and the third time in five presidential elections – to reach the second round.

However, there is evidence of the reorganisation of the left around former Parti Socialiste member, Jean-Luc Melenchon, and his party La France Insoumise, that is most effectively representing progressive opinion.

The history of Presidential elections over the past fifty years have seen a complete reversal of fortunes for the two dominant currents, and the forerunner organisations of their political thought.

Throughout that period, the PS has been the constant mainstream political organisation on the left.

In 1974, Francois Mitterand standing for the PS, and Valerie Giscard d’Estaing, later founder of the centre-right UDF, secured 76% of the first round vote between them. In 2022, their political successors, Anne Hidalgo for the PS and Valerie Pecresse for LR, secured 6.5%.

In that same period, other parties identifiable on the left and right, competing in the Presidential first round, other than the historically dominant organisations, went from 22% of the vote in the first round in 1974 to 93% of the vote in 2022.

The transition away from the two parties has been gradual but has accelerated since the turn of the 21st century. 2002 first saw the PS fail to progress to the second round, when beaten by Jean-Marie Le Pen’s far-right Front Nationale for the first time. The order was restored in 2007 and 2012, but the PS lost out to Macron’s En Marche and Le Pen’s Rassemblement Nationale in both 2017 when it received less than 6% and 2022 at less than 2%.

That decline of the PS is reflected in elections to the Assemblee Nationale, which will be held once again in a few weeks. In 2017, the PS secured 7.4% of the vote in the first round.

The decline of the PS can be seen in the context of a Europe-wide decline for the mainstream social democratic left that has coincided particularly with a departure from class struggle politics that prioritised working class incomes and public sector industries, a failure to capitalise on the crisis of capital in the 2008 banking crash, and a weakness in challenging rightwing attacks on minorities. An accommodation with business interests has seen the alienation of working-class voters and an openness for them to support other parties, or not participate at all.

In that period, the social democrats in France, Italy, the Netherlands, Ireland and notably Greece have withered whilst they failed to challenge punitive economic attacks on their voting base, whilst the Labour Party has been out of power since 2010 in the UK. The most successful social democratic left forces have been in Spain and Portugal, where they have relied on forces to their left to hold office, and more recently, a narrow win for the German SPD after 16 years of conservative rule.

The last period in office for the PS, when Francois Hollande was President from 2012 to 2017, was marked by a leftist campaign to win the election, but then failing to make good on promises, accelerating the alienation of working class voters from the PS. His promises to reduce the pension age, expand social housing and increase higher rate income tax on the wealthy, were not delivered.

For decades, there was a logic to small left parties standing in the first round of a Presidential election, when confident the Parti Socialiste was strong enough to progress and represent the left in the second round. This saw Lionel Jospin fail in 2002 which has since been repeated in 2017 and 2022.

It was a free hit to gain coverage of their political programme, attempt to put pressure on the mainstream left to accommodate part of their offer, and then reluctantly back the socialists in the second round.

The historic collapse of the PS and the two-round process of the presidential election meant there was a need for unity around Melenchon to ensure the left reached the second round. Segolene Royal, the unsuccessful PS candidate for President in 2007, publicly condemned Anne Hidalgo and other left competitors for standing this year. The historic voter base of the PS has split in different directions, the centrists joining Macron’s En Marche whilst Melenchon is the new representative for the mass of the left.

The standing of smaller left parties, now including the PS, but also the Greens, Communists and Trotskyist parties, even though participating in the ballot reflected their historic approach, ultimately prevented the left being represented in the second round.

Melenchon had offered an increase in the national minimum wage and public sector pay, reducing the retirement age and indexing pensions to salaries, and introducing new controls on electricity, gas and water payments. On housing he pledged to prohibit evictions, regulate rents and to build 200,000 public housing units per year. On energy, he pledged a transition to 1005 renewable alongside a phase-out of nuclear power.

Macron’s record as president was a shrinking of the state and workers’ rights – a reduction in social security alongside a reduction in taxation for the wealthy, making it easier to hire and fire whilst increasing the retirement age. He has also mirrored Le Pen’s racist rhetoric and policies by instituting Islamophobic laws banning Muslim women from wearing headscarves in certain situations. Such an agenda is not appealing to the left in the second round.

Nonetheless, the left’s task now is to vote for the centrist Macron to defeat Le Pen. But without any illusions. Macron’s Presidency has allowed the far-right to grow and the left has been indulgent in not cohering around a political initiative required for the presidential voting system.

The Assemblee Nationale legislative elections in June this year are a different ballot altogether but with Macron the best possible outcome from the Presidential election, the left will need to maximise its standing in the Assemblee to challenge his expected attacks on the working class.

However Macron cannot take left wing voters for granted. He has a task of appealing to the 30% who voted for left wing parties and are hostile to his programme – as Le Pen has already demonstrated she will seek to do so. If he fails to do this then there is a real risk of Le Pen walking into The Élysée in a few weeks time.