Conservative and Leave voters back the far-right candidate, who vows to ban Muslim headscarves from public spaces, and promises a referendum on immigration to create a “France for the French.” 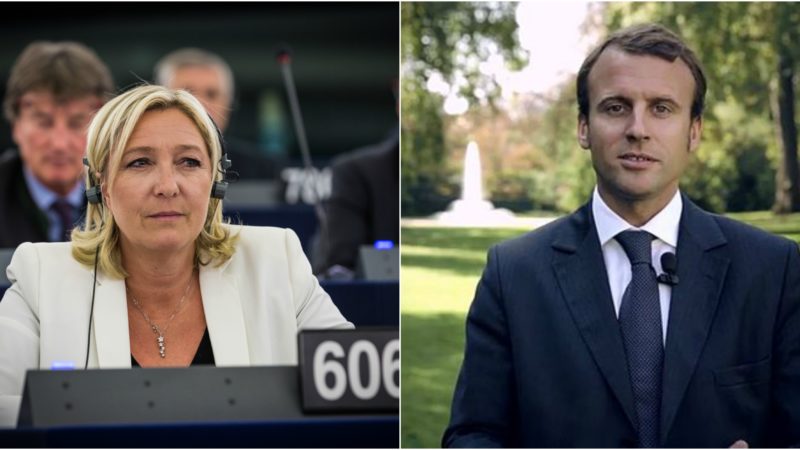 As voters in France return to the polling booths on Sunday for a second-round runoff vote to decide who will be their next president, research by YouGov shows that while UK voters support incumbent president Emmanuel Macron over Le Pen by 37% to 19%, out of the respondents who voted Conservative in 2019, 37% say they support the far-right candidate. This compares to 24% who back Macron.

Out of the Labour voters in the last general election, 53% support Macron verses 8% Le Pen.

An even bigger margin can be found among 2016 EU referendum voters, with 62% Remain-voting respondents backing the current French president and 35% of Leave voters backing Eurosceptic Le Pen. This compares to 19% of UK Brexiteers who back Macron.

Final polling shows the centrist president has gained momentum after a close finish with the National Rally leader in the first round of the election two weeks ago, and is now ten percentage points ahead.

Known for her ultra-conservative views, Le Pen says she will ban Muslim women from wearing a headscarf in public if she wins the election. During a TV debate between the two political rivals on April 20, the far-right presidential candidate stood by her controversial pledge, describing the veil as a “uniform imposed by Islamists.”

Macron hit back, saying such a policy would trigger a ‘civil war’ in France, which is home to the largest Muslim population in western Europe.

The National Rally leader has also promised a referendum on immigration, creating a “France for the French”, which would give native citizens priority over non-French people to the likes of housing, healthcare, benefits, and jobs.

Despite such controversial pledges, Le Pen claims to have rebranded herself and the National Rally (NR) party as the common people’s choice, softening her public image as some folksy cat-lover compared to when the rivals clashed five years ago.

In a push for support, the rebrand saw Le Pen announce in 2018 that the Front National party, which was founded by her father, Jean Louis Marie Le Pen, in 1972, will be renamed the Rassemblement National (the National Rally). Under the party’s new name, Le Pen promised to rally people of all political stripes.

While Le Pen’s strategy seems to have secured some success, with the NR leader winning 23.3% of the first round of presidential election votes on April 10, commentators warn that the party remains profoundly racist and nativist, which has “normalised far-right views in mainstream discourse across the political spectrum.”

Attempts to normalise far-right views in mainstream discourse can be applied to factions of the UK. Quick to demonstrate and provoke belief that the French are in opposition of the EU, Nigel Farage warned Macron that the people of France are “as Eurosceptic as Brits” were in 2016. Using the right-wing, Fox News-style channel GB News to voice his view, the former UKIP leader told the channel’s To The Point programme, hailed by GB News as “fast-paced, opinionated, uncompromising and bold” that: “This vote will be about the European Union as much as it’s about French culture.”

As the New York Times notes in an essay titled Marine Le Pen is as Dangerous as Ever, “if Le Pen looks more mainstream now, it’s because the mainstream looks more like her.” The essay contends an administration led by the Vladimir Putin, Bashar al-Assad and Victor Orban associate, would echo those in Brazil, India and other countries where a rightward slide has taken hold, with minorities, immigrants, dissidents and democracy itself, bearing the brunt.