The WikiLeaks’ founder’s fate is now in the hands of the home secretary. 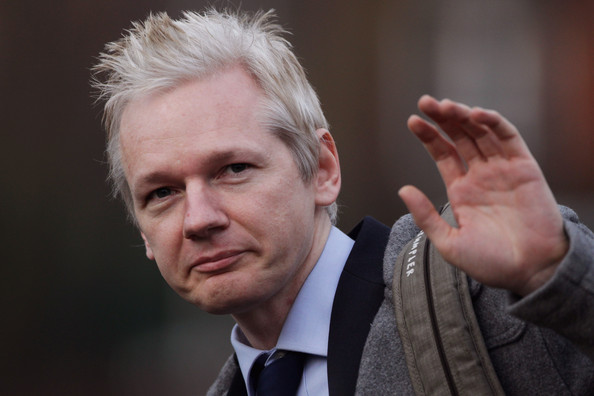 On April 20, a hearing at Westminster Magistrates Court issued an order to extradite the WikiLeaks’ founder to the United States.

Despite a lengthy legal battle against being sent to the US, where he will face charges of espionage, Assange’s fate has once again become a political decision, with the home secretary now having the final decision whether to approve or reject the extradition. Patel must decide whether the US request for the journalist to face US courts meets all remaining legal tests, including an assurance not to execute him, if he is found guilty.

The week’s court hearing followed an appeal last month against the extradition in the UK Supreme Court, which Assange lost.

If extradited to the United States, the journalist, editor and activist, could face up to 175 years in prison on 18 different charges related to the exposure of thousands of leaked classified military and diplomatic documents exposing human rights violations and war crimes in the WikiLeaks’ publication in 2010.

‘Expose the truth and you’ll be made to regret it’

As Assange’s legal team have just four weeks to make representations before Patel decides his fate, requests are growing for the home secretary to refuse the extradition order.

“That’s why the US wants to punish him and send a message to all journalists: Expose the truth and you’ll be made to regret it.

“Priti Patel must stand-up for freedom of speech and refuse his extradition.,” the MP tweeted.

Reporters Without Borders (RSF), which promotes and defends the freedom to be informed and inform others around the world, is urging supporters of Assange to sign a petition for the home secretary to refuse the extradition request.

The #FreeAssange: Sign to urge the UK home secretary Priti Patel to reject Julian Assange’s extradition to the United States petition, has already pulled in thousands of signatures.

RSF believes that the WikiLeaks’ founder has been targeted for the vital contribution he made to journalism.

If Assange is extradited, he would be the first publisher to be prosecuted under the Espionage Act. According to RSF, the US Espionage Act, which was enacted in 1917 to prohibit “obtaining information, recording pictures, or copying descriptions of any information relating to the national defence with intent or reason to believe that the information may be used for the injury of the United States or to the advantage of any foreign nation,” lacks a public interest defence.

The extradition and prosecution of Assange would, writes RSF, “set a dangerous precedent for journalism and press freedom from around the world.”

After this week’s ruling, Julian Assange’s wife Stella Moris, who he married at Belmarsh Prison last month, referred to the contentious Espionage Act.

“Charges brought under the incredibly controversial 1917 Espionage Act don’t allege ‘spying’. The charges are: receiving, possessing and communicating true information from a journalistic source to the public,” Moris tweeted.

The UK government’s treatment of Assange, including keeping him detained on remand for more than three years in Belmarsh Prison, a Category-A men’s prison in London that’s used for high-profile cases, has been condemned for failing to protect journalism and press freedom, which goes against the grain of the nation’s so-called commitment to promote and protect press freedom on an international scale.

In a demonstration outside the court, dozens of Assange supporters gathered to show their opposition of the ruling. Among them was former Labour leader Jeremy Corbyn, who has long praised Assange for exposing US ‘war crimes.’

“The magistrates’ decision to order the extradition of Julian Assange to the US to face 175 years in prison is disappointing.

“Priti Patel will now have a choice: to stand up for journalism and democracy, or sentence a man to life for exposing the truth about the War on Terror,” said Corbyn.

Calls for the home secretary to refuse the extradition of Julian Assange follow the announcement of the government’s controversial plan to send some asylum seekers from the UK to Rwanda, something Priti Patel had to personally approve.

The policy, which has been labelled cruel and absurd, is already seeing Patel face legal action, with lawyers arguing the plan will breach both the European Convention on Human Rights (ECHR) and the Geneva Convention.