Despite a judicial review of Palantir's work on the UK Covid data store, the Silicon Valley firm is in line to be awarded another NHS contract. 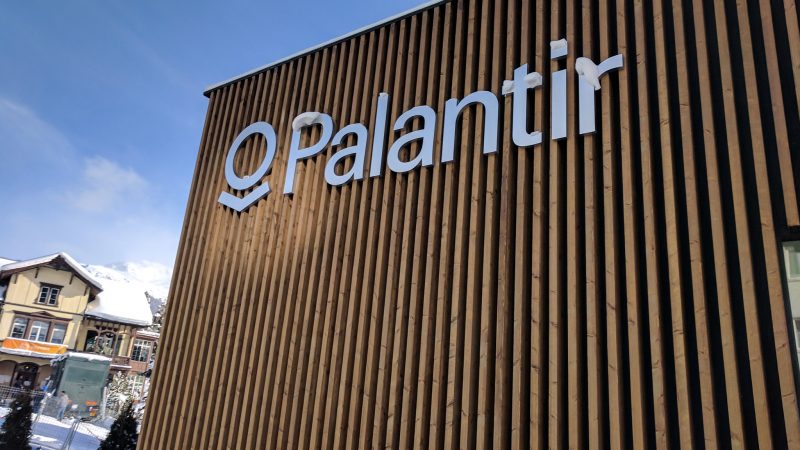 The NHS has tendered a contract to create a Federated Data Platform to host health data across the NHS, with the controversial data firm Palantir thought to be the frontrunner to win the £240 million contract.

At the start of the pandemic, Palantir offered their services to the UK government for just £1 to use Palantir’s Foundry software to manage data about the pandemic. This was one of a number of contracts with big tech firms including Google and Microsoft who also agreed to donate services to the UK government, and have since won further contracts to do similar data processing work.

Palantir was co-founded in 2003 by Peter Thiel, one of the founders of PayPal with Elon Musk. A creation of the War on Terror, Palantir aimed to combine and mine disparate data sets to find interconnections which could help security agencies find potential terrorists. Here’s a photo of Thiel and Musk before they became some of the richest people on earth.

In the US, “Palantir does most of its work for the government, including national security and intelligence operations”, according to Vox. The CIA was one of the company’s earliest investors through its venture capital firm In-Q-Tel, and they have gone on to work with police agencies as well as Immigration and Customs Enforcement, helping to arrest and deport immigrants from the US.

The pandemic has been a gift to Palantir, as governments across the world have sought out its services to try to make use of their data to provide health insights. In the UK, they have won government contracts for ‘back office software’, a number of Ministry of Defence ‘data integration services’ contracts, Government Digital Service contracts, and health sector contracts at NHS trusts, and the Department for Health. In total, they’ve won 11 contracts since the start of the pandemic.

Palantir UK is headed by Louis Mosley, the nephew of the late F1 boss Max Mosley.

In 2021 it was reported that Palantir had made £22 million profit from their contract for the NHS data store. The legal firm Foxglove also sought a judicial review of Palantir’s contract on behalf of OpenDemocracy. Following the legal action “the government… committed not to allow Palantir to start using the NHS datastore for non-Covid matters without consulting the public first.”

LFF approached NHS England for comment on the new contract, and asked specifically how the NHS would guarantee that Palantir would not use NHS data for other purposes. NHS England referred us to the contract tender, but did not answer our specific question.

The contract tender does include a specification that as well as the ‘Federated Data Platform’ itself, there is the need for ‘Privacy-enhancing technology’, which indicates that the company that wins the contract will be required to ensure that data is anonymised.

A ‘Federated Data Platform’ is a database management system which ties together multiple databases and allows different levels of access to different users. This is exactly the kind of task that Palantir’s software is built for, so it seems like a contract designed for the company.

As well as being a Trump supporter, Thiel has also been spending money on electing Republican candidates who share his techno-libertarian leanings in the US. He has backed people like Blake Masters in Republican primary races, who has regularly promoted Thiel’s businesses on the campaign trail, and seems to be seeking to be a kingmaker within the Republican Party.

Following the Foxglove/OpenDemocracy legal case, the UK government said it was scrapping its NHS contract with Palantir. But as OpenDemocracy reported at the time, “the battle is not over”, and that Palantir would not simply give up its ambition of accessing massive amounts of health data.

On March 2, the Financial Times reported that Palantir software was being trialled to reduce the backlog of 6 million NHS patients awaiting care. The software will be used over 30 hospital trusts and “the NHS is paying £23.5mn for a two-year licence for the technology, expiring in December 2022.”

Palantir’s website says that “Palantir was founded on the conviction that it’s essential to preserve fundamental principles of privacy and civil liberties while using data.” LFF approached Palantir for comment about what privacy measures they take to ensure that NHS patient data is not used for any purposes not related to patient care, but did not yet receive a reply.

Digital Health reported in 2021 that as a result of the Foxglove judicial review, “Palantir will not be able to process NHS data for non-Covid purposes without consultation including public juries. Data protection impact assessments (DPIAs) will also be required for any contract extension to analyse whether it would be in compliance with data protection laws.”

We asked NHS England and the Department for Health to say whether there would be a public consultation if Palantir is awarded a further contract to work on NHS data. So far we have not received a reply from either.