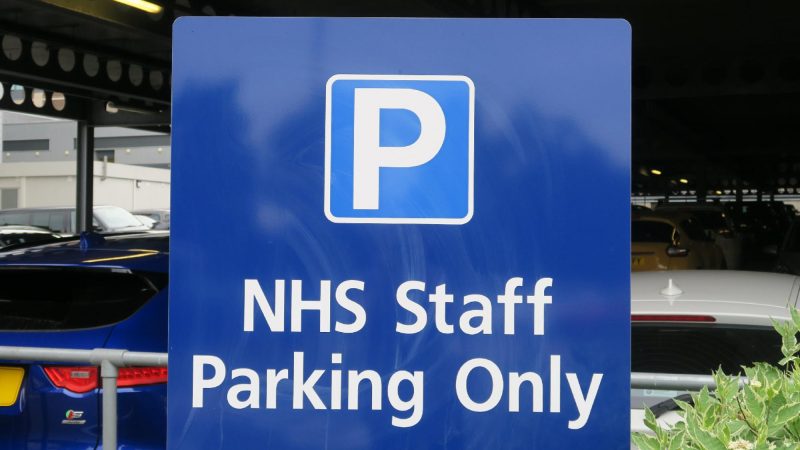 The government has been slammed as ‘unbelievably cruel’ and ‘shameless’ after health secretary Sajid Javid confirmed that free parking for NHS staff in England, which was introduced during the pandemic, will end from Friday.

Javid wrote: “Free parking in hospital car parks for NHS staff introduced during the pandemic will also come to an end on 31 March.

“However, over 93% of NHS trusts that charge for car parking have implemented free parking for those in greatest need, including NHS staff working overnight.”

The move has been condemned by unions.  The GMB union has slammed the decision to charge NHS staff for parking as a ‘disgrace’.

Rachel Harrison, the national officer for the GMB union, told the PA Media news agency: “Charging the NHS staff who’ve risked their lives during the pandemic to park at work is a sick joke.

“After the years of Tory cuts NHS trusts are struggling, we know. But scrabbling the money back off hard-up workers is not the answer. The government must now legislate for free hospital staff parking once and for all.”

Johnbosco Nwogbo, We Own It Lead Campaigner, told LFF: “This is a massive kick in the teeth after all that NHS staff have done for us throughout the pandemic – in many cases risking their own health and safety to care for others. NHS staff are already leaving in record numbers as they are at breaking point after seeing their pay eroded while their responsibilities have increased, and lots of staff are struggling desperately to make ends meet.

“Scrapping free parking is a disgraceful decision that will only make this situation worse.”

NHS staff also face monthly testing bills of up to £50 from 1 April, when the Government stops providing free lateral flow tests (LFTs) to the public, the NHS Confederation has warned.

Labour MP Kim Johnson tweeted: “Tories scrapping free car parking for NHS staff. And making them pay for their LFT tests. Shows what they really think of the brilliant staff who gave their all during the pandemic.  And still are. Shameful.”

Good Morning Britain presenter Adil Ray tweeted: “In one week we are going to see a huge rise in energy bills, COVID tests to no longer be free and NHS staff will lose free parking. A reminder that Shell announced a £4.7bn profit in the final Q of 2021 and those in charge squandered £12bn during the pandemic. A total scandal.”

One social media user wrote: “Bad enough #ToriesPartiedWhilePeopleDied but now they are cutting NHS staff pay again by removing free tests and hospital parking. Unbelievably cruel and yet another sign that they are determined to destroy our NHS.”