Implications of Brexit have reared their head once more - at the worst possible time. 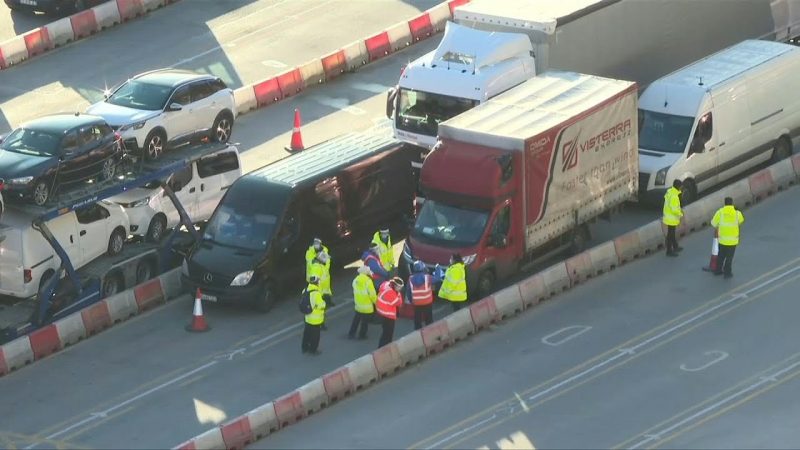 Following Russia’s invasion of Ukraine, campaign groups and charities have been working tirelessly to collect vital items to send to Ukraine, Poland and other countries in Central Europe taking in refugees fleeing the war. Sadly, efforts to get vital goods delivered to those caught up in the conflict quickly and without interruption have been met with complications and delays.

This week has seen lorries full of goods for Ukraine and Poland stuck at the Port of Dover because of complex and lengthy post-Brexit custom checks and paperwork.

Due to confusion over paperwork, one charity had around five tonnes of donations unable to leave Britain. The Lewisham Polish Centre in south London has been taking donated goods to send to region. However, the three trucks laden with items likes clothing, toys and toiletries, ended up stuck in Dover.

According to Agnieszka Lokaj, who manages the Polish centre, the drivers of the trucks were originally sent away by custom officials at the port.

Officials had asked to see official paperwork that validates the goods will not be available for resale. Talking to PoliticsHome, Lokaj explained:

“The donations to us are growing, but we are not exporting. I don’t want to send drivers to the border where they will be stuck for several days. It doesn’t make sense to spend so much time and money dealing with the bureaucracy.”

Sadly, this is not an isolated case.

Brexit rules mean that each item being transported through the European Union from the UK has to be accounted for.

Consequently, items must be checked for the correct paperwork before leaving Britain and, in the case of providing vital aid to desperate civilians caught up in the war in Ukraine, is proving devastating.

Groups in Scotland collecting donations for Ukraine have reported similar logistical challenges. Drivers have faced red tape and delays getting shipments through customs. Some have even resorted to fundraising as a means of paying for transportation costs.

Debbie Stevenson, a volunteer for the donation campaign that has seen eight 7.5-tonne lorries full of donations taken to the Hindu Mandir Temple in Glasgow, said she had no idea how difficult it would be to deal with the bureaucracy of transporting goods out of Britain.

“This is where you get tied up. It’s not as easy as chucking it in the van and driving off,” said Stevenson.

The group is now trying to raise £15,000 to cover delivery expenses.

Such is the extent of red-tape and holdups haulage missions to the Ukraine region are coming up against, that a petition has been launched calling on Boris Johnson to stop bureaucracy to allow charity donations of humanitarian aid to Ukraine and Poland.

The project was launched by the Mossgeil Organic Farm in Ayrshire, after one of its lorries, which was loaded with supplies for Poland, was impounded in France. According to farmer Bryce Cunningham, it took 200 phone calls to work out how to get the items across the English Channel.

“The red tape was horrendous. Initially I had just been asked to fill a couple a vans to meet a lorry in Glasgow on Sunday night.

“We’re a farm with a few vans and a couple of sheds to store things.”

“When the lorry got to customs [in France] the paperwork wasn’t right – we hadn’t declared every single item. It is down to the last toothbrush,” said Cunningham.

The petition aims to eliminate the Brexit laws which are meaning humanitarian aid donations to Ukraine and Poland are facing huge amounts of red tape, including documents and codes that are resulting in people caught up in the conflict being forced to wait for essential items.

It is calling on people to ask politicians and MPs to work together to allow lorries with donations of charitable humanitarian aid to be allowed through customs without facing complex Brexit logistical challenges.