'Despite the hype, the government has done little to help people navigate the immediate cost of living crisis. No attention has been paid to the causes of poverty.' 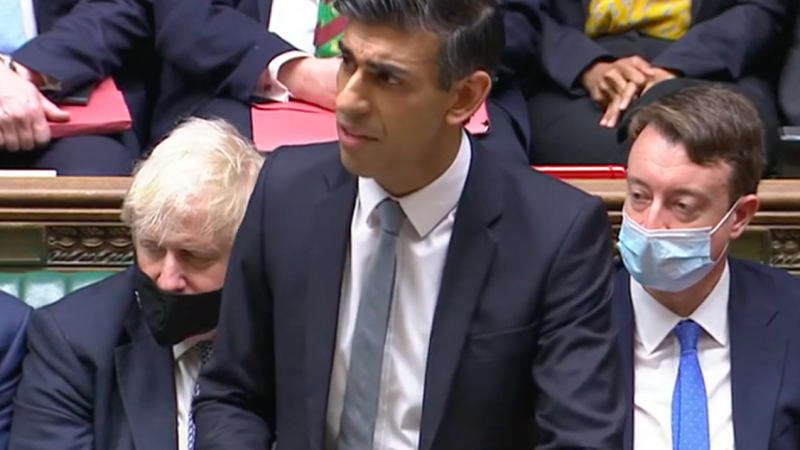 The independent Office for Budget Responsibility (OBR) states that Brits are facing “the biggest fall in living standards in any single financial year since ONS records began in 1956-57”.

The immediate crisis is that from April, average household energy bills will rise from £1,277 to £1,971 and in autumn to about £3,000. Inflation, as measured by the retail price index, is already at 8.2% and expected to hit 10% soon. Wages are not keeping pace.

The immediate crisis is also the outcome of structural problems deepened by government policies. In 1976, at the height of trade union membership, workers’ share of the gross domestic product (GDP), in the form of wages and salaries reduced was 65.1%.  At the end of 2019 workers’ share of GDP declined to 48.7%, a rate of decline unmatched by any other European country. 42% of all disposable household income in the UK goes to the top 20% of households, whilst 7% goes to the 20%.

The consequences are that 14.5 million people live in poverty. 42% of adults survive on annual income of less than £12,570. Some 6.2 million Brits survive on less than £9,500 a year. The median state pension is between £150.25 and £178.52 per week. At around 25% of average earnings, it is the lowest, as a fraction of average earnings, in the industrialised world. It is around half of the national minimum wage. Some 2.1 million pensioners live in poverty. The government response is to suspend the triple-lock on the state pension and depress pension by about £5bn.

Millions don’t have the buffer to meet rising food, energy, housing, and other costs. The median household gross savings in the UK is £12,500 and 25% of households have less than £2,100.

Instead of redistribution, the government has used taxation policy to squeeze the less well-off. The poorest 10% of households pay 47.6% of their income in direct and indirect taxes, compared to 33.5% by the richest 10% of the households. The government is hiking national insurance (NI) by 1.25 percentage points from April. It has frozen tax-free personal allowance and income tax thresholds. Consequently, an additional 1.5 million people will start paying income tax, while 1.2 million will move into a higher tax bracket.

Yesterday’s statement by the Chancellor does not adequately deal with the immediate crisis and ignores the structural crisis that has sucked millions into poverty.

The biggest announcement is to raise the primary national insurance threshold from the planned £9,880 to £12,570 and align it with the threshold for income tax. This could save low earners around £330 a year or about £6bn in total. But at the same time, the government is levying an additional 1.25 percentage point NI increase on employees, self-employed and employers, costing some £12bn. The net result of higher rate of NI is that those earning over £37,000 will receive no benefit from the increase in the NI thresholds. SMEs will need to pay more in NI.

The increase in the NI threshold will be welcome by many individuals but it does not do anything for millions surviving on income below the tax and NI thresholds. The state pension and benefits will rise by just 3.1%, well below the inflation rate of 8.2%.

With a 54% hike in energy costs and more to come later in the year, the Chancellor could have restored the triple-lock on the state pension i.e., increased it by 8% but did not do so. Retirees receive Winter Fuel Payment (WFP) of between £100-£300 and that has remained unchanged since 2011. Despite massive increase in the price of energy, the government has not increased WFP.

The young are hit particularly hard though the Chancellor did not mention that in his speech at all. Student debt in England is over £161bn. It is repayable and subject to the interest rate of retail price index (RPI) plus 3%. This means that graduates will soon be facing interest rates of 11%-12%. With an average debt of £50,000 they are expected to find an extra £6,000 a year, that is in addition to higher food and energy costs. The OBR analysis is that graduates will be hit by £11bn in 2022-23 alone and by a total of £35bn over the next five years.

There are no changes to corporate taxes. Banks, supermarkets, oil and gas companies are making record profits but will not be subject any windfall tax.

With an eye of the next general election, the Chancellor has promised to cut the basic rate of income tax from 20% to 19% in 2024. So, the money collected by freezing personal allowances and income tax thresholds and higher national insurance charges will be recycled into a tax cut. This will do nothing for 18.4 million people surviving on income of less than £12,570.

Despite the hype, the government has done little to help people navigate the immediate cost of living crisis. No attention has been paid to the causes of poverty. The challenge for the left is to develop policies which will give people hope, dignity and a better future.