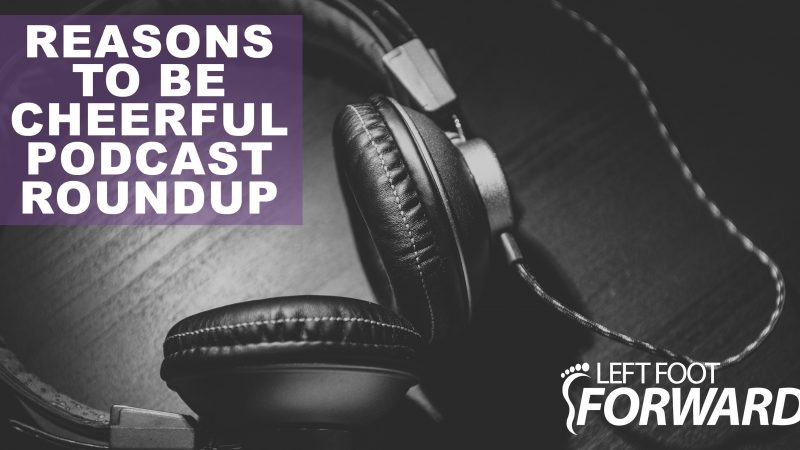 In the third instalment of our roundup of the Reasons to be Cheerful podcast, I take a look at five takeaways from the latest episode on ‘HERE COMES THE SUN: Storing clean energy, on why it matters and why storing clean energy is so vital to decarbonising the economy.

Clean energy storage is vital if we’re going to be able to wean ourselves off fossil fuels. So here are 5 takeaways from the latest episode.

1.Why we need to store clean energy

Wouldn’t it be great if we could always have the maximum electricity from renewable energy sources regardless of whether wind is blowing or whether the sun is shining? In order to do that and to completely overhaul our energy system, we need to find ways to store renewable energy.

As Simon Skillings from E3G tells hosts Ed Miliband and Geoff Lloyd, ‘we have an energy system that was designed decades ago on expectation that consumers can’t change when we need energy’. The old storage was contained in fossil fuels and that’s what we’ve got to move away from.

2. The future of energy storage needs both domestic initiatives within people’s homes as well as grand national projects

There is some incredibly exciting and ground-breaking technology that is being developed and rolled out when it comes to renewable energy storage, but that will require people to store energies both within their homes as well as large scale infrastructure projects carried out by the government.

Whether that’s battery storage in people’s homes or as Nina Skorupska from The Association for Renewable Energy and Clean technologies sets out, the government investing more to support Pumped-storage hydroelectricity, where water is pumped up a reservoir and then when grid needs it is released to drives conventional turbines, renewable storage needs initiatives at both a local and national level.

3. Car batteries could act as a mobile energy storage unit, powering your house

One of the most fascinating ideas on energy storage was put forward by Nina who explored the idea of ‘vehicle to grid’, whereby electric cars, which if charged overnight, could be plugged into your home or the grid’s infrastructure with power flowing from your battery.

The technique has already been pioneered in Japan and with around 1% of the UK’s 27 million households currently owning an electric vehicle, each with an average 60kWh battery, these 300,000 electric vehicles could store an incredible 18GWh of electricity which could usefully be used to power houses.

It’s estimated that by by 2030, the UK could have almost 11 million electric vehicles on the road.

4. Could green hydrogen be the Holy Grail for long-term energy storage?

Jillian Ambrose, energy correspondent at the Guardian, highlights the potential of green hydrogen gas which is made from electricity and water and doesn’t produce carbon emissions for long term storage. Jillian proposes using lots of green hydrogen in the summer using solar power and keep it stored until winter.

The only issues with green hydrogen is its expensive and the UK doesn’t have the necessary infrastructure to be taking it on.

5. Energy storage will also have consequences for industry

Most of us think about renewable energy and its storage from the point of view of a consumer, yet energy storage can also have consequences for businesses and industry.

Asked about how much the issue of energy storage impacts industry in the UK, Jillian says: “It’s a big deal, especially at the moment with the energy crisis, it’s going to be prove terminal for a lot of businesses, those businesses that use a lot of energy, are right at the knife edge of the crisis there’s no price cap for them, they are staring down the crisis with little protection.”

Yet Jillian makes the point that some businesses, ranging from steel works to tech companies, have already started to invest in their own energy storage because it’s in their business interests to do so.