"These numbers don't lie - they tell a devastating truth. Does the Prime Minister find it acceptable that his Home Secretary has overseen one of the slowest, most bureaucratic and incompetent refugee responses in the whole of Europe?" 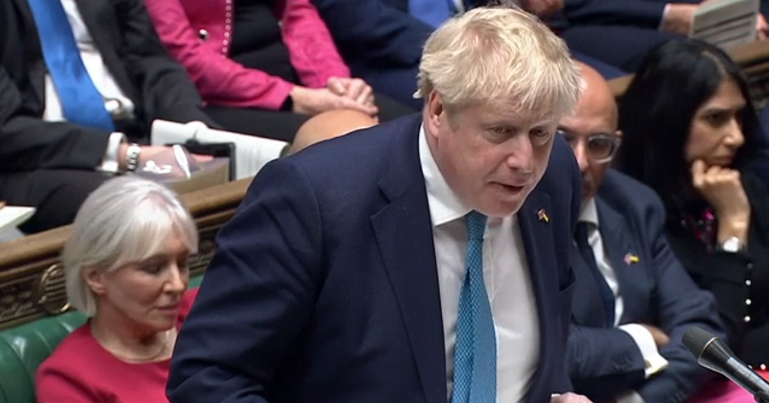 He went on to say, “These numbers don’t lie – they tell a devastating truth. Does the Prime Minister find it acceptable that his Home Secretary has overseen one of the slowest, most bureaucratic and incompetent refugee responses in the whole of Europe?”

Johnson’s initial response was that, “Everybody sympathises with the plight of refugees, and this government wants to do everything we can to welcome them, and that is indeed what we are doing. And the numbers are almost 1,000 as I speak to him today. And they will rise very sharply,”

Johnson also claimed that the Conservative government has “done more to resettle vulnerable people than any other European country since 2015”.

However, Blackford accused the government of blocking refugees with paperwork. He said, “the Home Secretary is blocking them with endless paperwork. This isn’t just incompetence it’s ideology. In the face of the biggest refugee crisis in Europe since the Second World War, the UK government won’t set aside the Hostile Environment.”

He concluded by demanding that the UK government waive visas for people fleeing Ukraine.

Another SNP MP Brendan O’Hara also criticised the government’s approach to Ukrainian refugees. He said, “Sadly this government’s reluctance to allow fleeing women and children to come here lags far behind the desire of the people here to provide them with a roof and a bed. Doesn’t the Prime Minister fear that when this war is concluded, and despite whatever else it may have done, that his government will stand accused of lacking the one thing the Ukrainian people needed most – basic humanity?”

Liberal Democrat leader Ed Davey used his questions to hold Johnson to account on refugees too. Davey said, “this week the Home Office turned away hundreds of Ukrainian refugees escaping Putin’s bombs because they didn’t have the right paperwork. Can the Prime Minister not see that this flies in the face of our country’s proud tradition of providing sanctuary?”

It wasn’t only opposition MPs that criticised the government’s handling of the refugee crisis. Backbench Conservative MP Julian Smith said, “I think people across the country are genuinely concerned on our response on refugees – on the bureaucracy, on the tone of our response.” He continued by asking Johnson to “look at again on resetting our policy, and taking control on a more humane response on those women and men fleeing Ukraine”.

Exclusive polling for Left Foot Forward this week found that a majority of the public support the waiving of visa requirements for Ukrainian refugees.