'The EU will define itself as a military actor, focused on its own defence and limiting Russian aggression.' 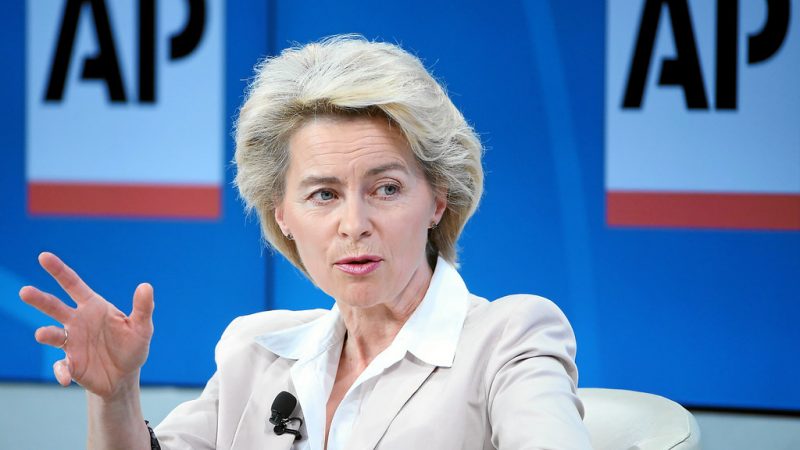 Putin’s invasion of Ukraine has achieved what warnings from opponents could never have done: Western unity of purpose against him, combined with transformative policy changes in states including Germany, Switzerland and the EU itself.

In this new normal, defence is a priority on parallel with economic integration and the climate crisis. State after state is announcing its opposition to Russia’s invasion and steps towards increasing defence of its own borders and Europe itself.

Unprecedented commitments and policy shifts are becoming the norm. German Chancellor Olaf Scholz has for the first time agreed to send German-produced weapons abroad and has allowed arms sold to a third country to be forwarded to Ukraine.

He committed to spend above the NATO target of 2% of GDP on defence. “It is a new era,” he told the Bundestag. Additional funds will establish Germany as a “reliable and capable partner”.

Finland, in the EU but not a member of NATO, is sending weapons to Ukraine, abandoning longstanding neutrality. With Sweden, it attended a NATO conference, an unprecedented event which brought warnings of “severe repercussions” from Russia. Switzerland too has abandoned its neutrality, freezing Russian assets.

Perhaps the biggest shift is at an EU level. In real time it is becoming a significant defence actor, supported by its key leaders.

There are words. French President Emmanuel this week told the French people they were at “the beginning of a new epoch” in which “democracy is challenged before our eyes” and “war in Europe is no longer a question for the history books”.

The EU, he said, must become a strategic “power” with its own defence policy, an argument he has been making since 2017, when he called for the EU to have “autonomous capacity for action” through a joint military force, shared defence budget and a common defence policy.

There is also action. The EU is spending €450m on weapons plus €50m on medical supplies for Ukraine.

“For the first time ever, the EU will finance the purchase and delivery of weapons and other equipment to a country under attack,” European Commission President Ursula von der Leyen said. “Another taboo has fallen — the taboo that the EU was not providing arms in a war,” said EU foreign policy chief Josep Borrell.

European leaders are looking beyond NATO, in part a delayed reaction to Donald Trump, who in power was as likely to praise Putin as oppose him, while calling for Europeans to pay for their own defence.

Joe Biden is not questioned in the same way but European leaders understand the realistic possibility that he could be replaced by Trump or a successor forged in his image.

Some believe NATO has been caught unprepared. “NATO had been focused on important things with little to do with its core responsibility, like climate and cyber,” said Ian Lesser, a former American official who heads the Brussels office of the German Marshall Fund. “We forgot that there are ruthless people out there and for them, foreign policy is a blood sport.’’

NATO lacks assets and manoeuvrability. Moving troops and equipment around post-Cold War Europe has become more cumbersome, with some bridges and railways no longer able to handle heavy armour. NATO lacks air and missile defences for a war that, as in Ukraine, starts by hitting significant infrastructure.

NATO is belatedly adjusting to the new reality. “We are deploying additional defensive land and air forces to the eastern part of the alliance, as well as additional maritime assets,” said NATO Secretary-General, Jens Stoltenberg.

But for Macron and other European leaders even a reinvigorated NATO is no longer enough. Putin has invaded a European nation, causing destruction and killing indiscriminately. He has forced Belarus to abandon notional neutrality to become the host of Russian nuclear weapons and Russian troops.

Russian forces could soon be stationed on the borders of Romania, Lithuania, Poland, Slovakia and Hungary. Until last week, Russia only bordered the EU countries of Estonia, Latvia and Finland.

An emboldened Mr. Putin could demand direct access from Belarus to the Russian enclave of Kaliningrad, suggested Robert Kagan of the Brookings Institution.

“Even that would be just one piece of what is sure to be a new Russian strategy to delink the Baltics from NATO by demonstrating that the alliance can no longer hope to protect these countries,’’ he wrote.

European reactions to Putin’s annexation of Crimea in 2014 varied, some believing that the EU would antagonise Russia if it engaged more in Ukraine and other western facing, non-EU, states. Even some eastern states were resistant to the idea of a defensive capability for the EU, fearing it could antagonise Russia or undermine NATO.

This time there is much more European unity. There is an awareness that prior lack of support for Ukraine made it easier for Russia to invade, causing huge harm to Ukraine and placing a belligerent Russia far closer to EU borders.

It seems certain that in coming months the EU will develop the capabilities needed for defence and deterrence against Russia. It will review cyber-security policies and reduce dependence on Russian energy, a major loss to the Russian economy.

It will find new ways to support the security and defence of Ukraine, Moldova, and other eastern partners who are committed to a European path. It should offer these countries a clear prospect of EU membership.

Relations with Russia, at least as long as Putin is in power, will never be normalised. Sanctions will remain in place until Russian troops are withdrawn from Ukraine, assuming they are.

Even if relations are normalised there can be no return to the status quo ante. The EU will define itself as a military actor, focused on its own defence and limiting Russian aggression.

The future of European defence is a partnership between a more active NATO and the growing capability of the EU. America is still needed and present, it is increasing its presence in Europe and under Biden offers the same guarantees it always did.

But the realistic possibility is that the US will one day step back from its key role in European security. Europeans are finally taking serious steps to become more prepared for that day. They will not step back.