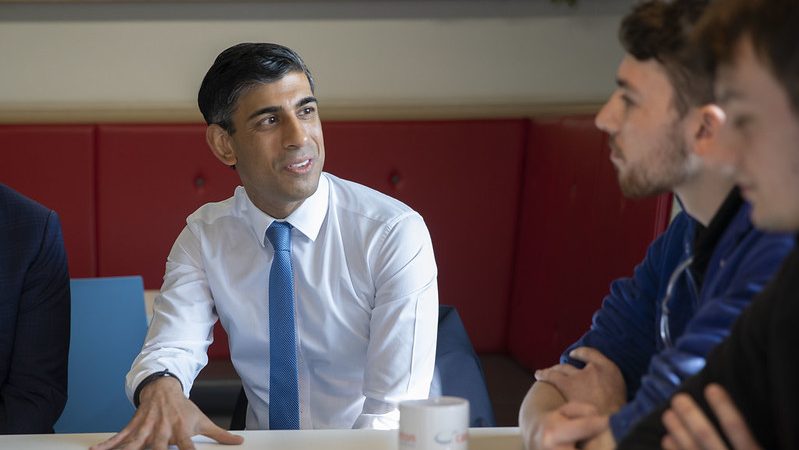 As Rishi Sunak’s Spring Statement unravels pretty fast, with the chancellor being slammed as a ‘fiscal illusionist’ by the IFS, leaving millions of workers worse off, we take a closer look at how some of the trade unions reacted to his measures.

Unite slammed the statement as ‘tinkering around the edges’. Unite general secretary Sharon Graham said: “Workers will still be facing sleepless nights worrying about how to make ends meet, overwhelmed by rocketing prices.

“His Spring Statement does nothing to tackle the corporate elite, the billionaires who stash their loot but sack UK workers by Zoom. Once again, ordinary working people bear the broadest burden while the super-rich get off scot-free.

“That is why I’m calling on the government to join Unite in our new workers’ commission on profiteering because it’s not just the big six energy firms who have made money from this crisis.

“What about those providers who made bundles charging exorbitant prices to our NHS during the pandemic? What about Amazon and the money it made from lockdown. What about DP World, who made over $1 billion dollars in profit and then sacked 800 P&O workers on the spot.”

The GMB union said that Rishi Sunak should stop fretting about being the next Tory leader and help working people now.

Gary Smith, GMB General Secretary, said: “It’s time Rishi Sunak stopped fretting about being the next Tory leader and focused on providing real help for working people when they need it.

“His talk of tax cuts in the distant future may win votes from his backbenchers, but it does nothing to help people now.

“We’re in the grip of the worst cost of living crisis for 30 years, driven by an utterly predictable energy squeeze.

“With inflation out of control and getting worse people are crying out for help with their skyrocketing bills.

“Tory backbenchers may fall for his fluffy words, but working people know a false promise when they hear it.”

The TUC says that Rishi Sunak has failed families who need help now.

“We did not get the urgent help with soaring bills that families need. And the rise in the national insurance threshold will mostly benefit better off households.

“The Spring Statement small print shows that pay packets are now expected to fall in value by £11 a week this year. After 12 years of Tory government, Britain needs a pay rise. But this Chancellor has no plan to get wages rising and give working people long-term financial security.”

UNISON general secretary Christina McAnea said: “The government has merely tinkered around the edges of the living standards crisis. Tweaking tax thresholds will boost the coffers of the wealthy, not provide help to those in most need.

“Promises to reduce taxes in future won’t cut the mustard with families living a financial hell now. Financial pain at the pumps won’t end with a few pence off fuel duty. Less affluent households are being driven off the roads.

“Cheaper solar panels won’t put food on the table for families worried about where their next meal is coming from. Money is tight for millions of working people across the UK, many employed in essential public services.

“The chancellor had the wriggle room to deliver widespread relief across NHS, care, council, police and school services. It’s outrageous he chose not to.”

Transport and travel union TSSA slammed the government for promoting a car-led recovery over climate-friendly public transport in the Spring Statement.

Manuel Cortes, TSSA general secretary, said: “This government is fuelling – quite literally – a car-led recovery instead of promoting climate friendly solutions such as public transport.

“We should be making public transport cheaper in the face of spiralling, out of control fuel prices. Other countries are cutting the cost of public transport or making it free for commuters, but this Tory government has increased rail fares and is failing to encourage more people to take public transport.

“This Spring Statement was a missed opportunity from a Tory government that simply doesn’t understand the challenges that our country faces, choosing to back big business over ordinary workers.”