Opposition peers in the House of Lords won a vote to give citizenship rights to descendants of Chagos Islanders evicted by the UK in the 1970s. 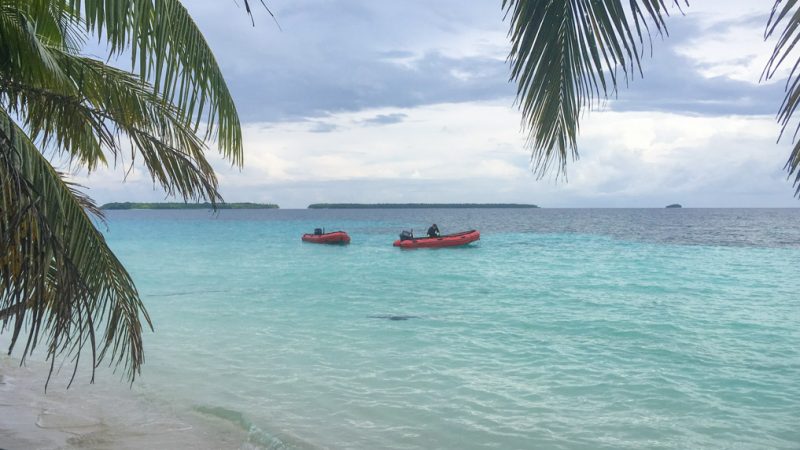 In 2021, the UN’s special international maritime court ruled that the UK should end its “unlawful occupation” of the Chagos Islands, an archipelago in the Indian ocean claimed by Mauritius. The International Court of Justice has also found the UK in breach of international law by holding onto the islands.

In February, a delegation from Mauritius visited some of the outlying islands of the archipelago with Chagossians and journalists to show that it would be possible to allow islanders to return there. Chagossians in the UK also want the right to British citizenship, which many do not have as a result of their parents being forcibly evicted from their homeland.

In Monday’s House of Lords debate on the controversial Nationality and Borders Bill, opposition peers succeeded in inserting an amendment to give British citizenship to descendents of Chagos Islanders.

“The injustice that Amendment 1 addresses concerns the descendants of Chagossians, who were all evicted from their homeland by the British Government to make way for a US airbase back in the 1960s and early 1970s, and who remain exiled. Those descendants are now denied the right to register as citizens, which they would have had were they still resident in their homeland. The reason they are denied that right is because they are no longer so resident, but that is because they have been exiled from that homeland by the British Government.”

Conservative peers mostly voted against the amendment, maintaining their opposition to allowing a small number of Chagossians to claim British citizenship by saying that “offering this right is contrary to long-standing government policy” and would create a precedent allowing other descendants of British subjects to claim citizenship.

Lib Dem peer Baroness Ludford told LFF that it was “absurd” for the government to claim it could not make an exception to British nationality law for what is an exceptional circumstance. Ludford said that “this situation is unique. Do you normally go around chucking people off their land?”

Tory peers like Baroness Altmann also supported the amendment, criticising the government’s refusal to accept it by saying “this is a unique case and it sets no precedent, but unfortunately the Government seem to be relying on the cause of the injustice to refuse to remedy that same injustice… In his response, could [the minister] explain why the Government are refusing, without simply saying that this sets a precedent? Clearly, it does not. There is no other group in this situation. If there is, could the Government enlighten us as to who that group might be?”

The Mauritian government has given the United States assurances that if the Chagos Islands are given to them, they will continue to lease the island of Diego Garcia to the US military to use as a base.

Bontemps said that “in the UK Chagossian community, I know there are lots of people who are undocumented, they came here and afterwards they can’t meet the requirement and they are illegal here in the country, and I am scared because if this new bill in parliament [the Nationality and Borders Bill] becomes an act of law, the Home Secretary will have more power to remove people, and what will happen to all the people in my community?”

“For example, if I come here to the UK today, I have three children and my wife. I will have to meet the financial requirement, I will have to earn £27,200 per year. Unfortunately, like myself most of us are unskilled so we have to do manual jobs like cleaning jobs, you will earn £15-16k per year. Even if I do a second part time job I will not meet this requirement.”

There’s something very ironic about the situation of Chagossians. On the one hand, those in the UK would like the right to remain and work in the country, and also to have the right of return to their homeland. The British government, for its part, will neither let them return to the Chagos Islands to live, but can still kick them out if they have Mauritius citizenship and fail the UK’s visa requirements.

Bontemps told LFF, “if I had something to say to the British government today, I’d say all this that’s happening to this people it’s not our own wrongdoing. It’s because, if my mum and all the other Chagossians was not forced into exile in Mauritius and the Seychelles, we would all be born there and there would not be this issue at all.”

“The British government don’t want us to go back, and they don’t want us to stay here as well. So if I had something to say I would say ‘I am ready to give you back your British passport back, but send us back to the Chagos.’”

The denial of rights to Chagossians is symptomatic of the government’s entire immigration and nationality policy. The government wants to make it as hard as possible for refugees and migrants to secure the right to live and work in the UK, and the Nationality and Borders Bill will only give them further rights to punish and discriminate against some of society’s most vulnerable people.