‘This is poverty at its demeaning and degrading worst.’ 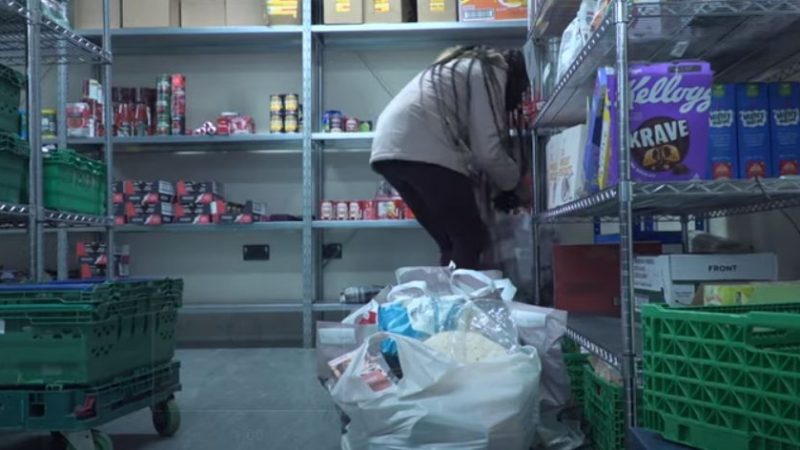 Bedding banks are being launched across the UK to assist households that are struggling to stay warm this winter.

As food bank reliance escalates in Britain, the new support facility is designed to help households experiencing fuel poverty and being forced to choose between heating and eating.

Gordon Brown referred to the need for bedding bank facilities as an “18th century answer.”

Writing for the Guardian, the former prime minister, said in all his time in politics, he has “never witnessed so much poverty and hardship.”

Brown spoke of the situation in Kirkcaldy and Cowdenbeath, the constituency where he grew up and represented for 32 years. Hundreds of anxious mothers had queued up outside the Co-ops in the region after staff at the local family centre had raised funds to add a £50 credit to their energy prepayment cards.

Gordon Brown’s comments were made ahead of a nationwide day of action by the People’s Assembly. In response to the escalating cost-of-living crisis, the People’s Assembly, alongside Disabled People Against Cuts (DPAC), and Fuel Poverty Action, are hosting a number of protests today – March 5. Demonstrations are taking place in towns and cities across the country demanding further action to combat the cost-of-living crisis.

Labour politician, Laura Pidcock, who is speaking at today’s event in Middlesbrough, tweeted:

“We are living through the culmination of years of political failure by our ‘leaders’. Bills are rising while pay in falling behind. This isn’t our crisis. We won’t pay for it.”

The need for bedding banks is a direct response to the fuel poverty millions of households in the UK are facing.

Earlier this year, the chancellor announced intervention to help offset the impact of rising energy bills on low-income households. Rishi Sunak’s plan offers most consumers £350 of relief on their bills.

However, the intervention has been widely criticised for not going far enough, slammed for favouring providing a moderate amount of help to a large proportion of people, rather than more ample support for those most in need.

Gary Lemon, policy director at the Trussell Trust food bank network, said: The government’s package of measures might cushion the blow for some but it’s not enough to protect people who already need a food bank.”

The emergence of bedding banks alongside rising food bank reliance is testament to government failure to provide struggling families with adequate support.

In October 2021, the government scrapped the £1,000-a-year uplift to Universal Credit (UC). As Boris Johnson defended the cut to the welfare payment, he refused to say whether he could live on the basic payment it provides of £118 a week.

Dame Clare Moriarty, chief executive of Citizens Advice, spoke of the government failings in providing sufficient support: “Even before these price hikes kick in, we’re seeing record numbers of people needing crisis support like food vouchers … If the government is serious about helping families facing the desperate choice between heating and eating it should use the benefits system,” she said.

From April, the energy price gap is to increase by £693 a year. The energy regulator Ofgem acknowledges the rise will be “extremely worrying for many people.”

Being forced to queue up at bedding bank facilities and rely on donations to help keep themselves and their families warm, goes a lot further than being “extremely worrying.”

“This is poverty at its demeaning and degrading worst.”