The Government can’t cut corners when it comes to equalities. There must be a dedicated Minister and clear action to tackle violence against women and girls. 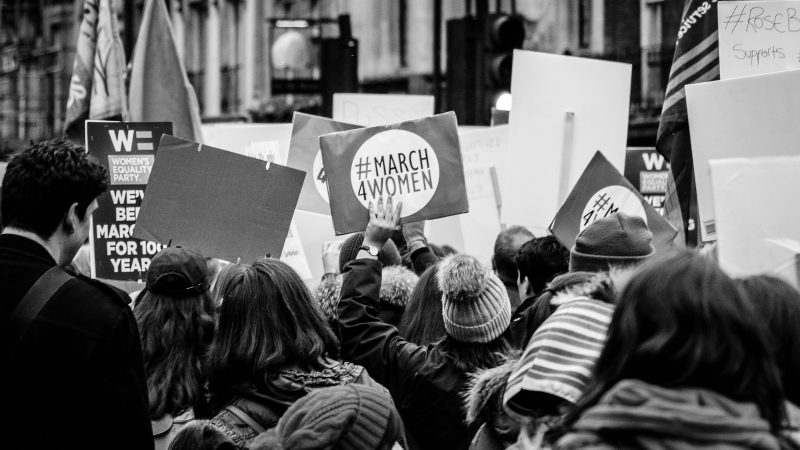 Next week is International Women’s Day. Looking back, has anything changed? In short, no.

There is a long way to go.

Next week marks one year since the tragic death of Sarah Everard, a young woman who was brutally murdered by a Metropolitan Police Officer. What followed were a series of vigils across the country – where people gathered in the thousands to remember Sarah.

The police’s response to Clapham Common’s peaceful vigil was tellingly violent. Under the guise of ‘protecting public health’, women were pinned to the ground and flowers, laid in respect, were trampled by the authorities.

Sarah’s death and the Met’s response are symptomatic of the prejudice within our society. While racism and homophobia are considered hate crimes, misogyny is not – despite nearly every woman having experienced gender-related harassment.  In the space of a year, little has changed.

The latter half of 2021 saw a drink spiking epidemic, with a third of women reporting that they had been spiked or knew someone who had. We have yet to see tangible, legislative action on this.

Then there were the findings of the Independent Office of Police Conduct (IOPC), which unveiled misogynistic, homophobic, and racist WhatsApp messages amongst the Metropolitan Police.  It is appalling that threats of policemen ‘raping’ their female colleagues not only went unchallenged, but were treated as ‘banter’. Cressida Dick’s resignation was necessary, but an inquiry is needed into the violently prejudiced culture within the Police.

More than 50,000 women reported being raped last year. Only 1,400 rapists were convicted. It is no wonder why many victims are reluctant to report assaults to the Police.

Simply, this is unacceptable. The culture that is fuelling devastating violence needs to be starved of its supply.

So, how much has changed in the last year? Not enough.

If anything, the Government has taken us backwards. Liz Truss now has split responsibility as Equalities Minister and Foreign Secretary. Since her appointment, she has disbanded the LGBT Advisory Panel and approved enormous cuts to women and equalities aid.

Perhaps the most counter-intuitive action is the Police, Crime, Sentencing and Courts Bill. Not only are the Government rejecting calls to make misogyny a hate crime but they are seeking to criminalise protesting. Has the Government forgotten about Sarah Everard’s death, or the needless violence at the vigil?

It is shocking that the Government is against making misogyny a hate crime. Recording the prevalence of misogyny would allow for more accurate data collection and send a clear message that misogyny is unacceptable.

The theme of International Women’s Day is to #BreakTheBias – to create a world where nobody is held back because of their gender, sexuality, race and so on.  How is this possible when so many women and girls don’t even feel safe walking the streets?

The Government can’t cut corners when it comes to equalities. There must be a dedicated Minister and clear action to tackle violence against women and girls.

Adding legal weight against these heinous crimes will also help to stamp out the culture of misogyny which so often leads to devastating violence.

No women should be the victim of these awful crimes. And no girl should grow up in fear of them either.

The everyday, casual sexism and misogyny embedded in our culture would become widely unacceptable and society would become safe for women and girls. Everything must change.