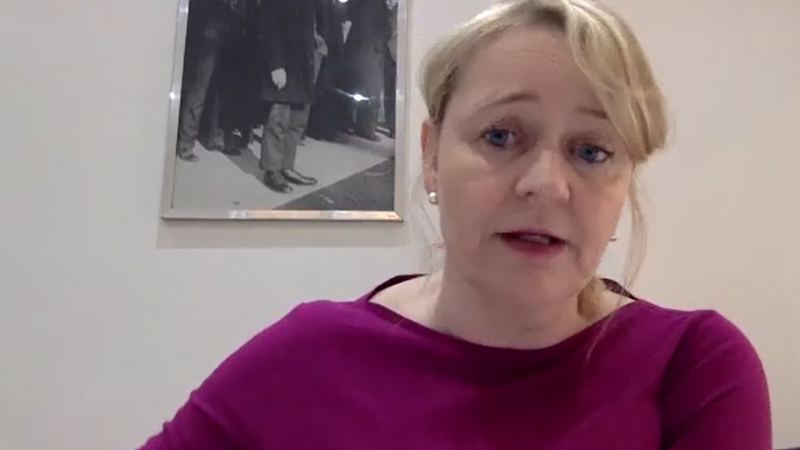 Sharon Graham is General Secretary of Unite the Union

Energy bills are rising, and the cost of basic goods and services are increasing at a rate not seen in many years. In response, another wealthy individual felt the need to lecture working people. This time it was the Governor of the Bank of England, telling everyone to take a pay cut, or in economist speak “adopt pay restraint”.

Let’s be clear the current inflationary pressures are not the fault of workers. Supply side issues in the energy market, rising tensions with Russia and the failures of policy makers are all in the dock, not the unfulfilled aspirations of working people.

Workers are losing ground, not closing the gap

So, when the Governor takes us ‘back to the ‘70s,’ with talk of national pay cuts, we need to be clear that we are in a different time. Workers are losing ground, not closing the gap, and there is nothing like a social contract in play. That is why workers, and their unions, cannot be expected to take any of this waffle remotely seriously.

We won’t pay for another crisis.

Meanwhile, the government is talking rather than doing. The opposition is looking to jump on the bandwagon whilst being tentative in its proposals; and some within the media class are belatedly jumping all over Jack Monroe’s take down of the official data.

But whilst so much of the talk is about what ‘silver bullet’ politicians can fire at the problem, there is much less emphasis on what we can do about it ourselves.

Workers left at the mercies of supply and demand

And I don’t mean shopping at cheaper outlets and doing without little luxuries. The topic that few want to broach is power. The reality is that workers are often left with a begging bowl or at the mercies of supply and demand, because they lack a collective agency. Not the sort that is built for the individual to trade in a tightened labour market, but the kind of power that raises all boats. The agency to make real change.

At times it seems like a new (old) narrative has become dominant across some areas of politics – on the right and on the left. The idea that moral arguments can change minds has taken over in some quarters. Whether that be the case for UBI or other campaigns. The idea that we don’t need to be able to force change, but rather to nudge those that need to be convinced, of the “business” or “political” case for reform.

Well, the cost-of-living crisis is where the hard reality hits home. Never mind a demand, capital gives nothing away without being forced. And promises from politicians tend to fare about as well as paper boats at sea.

For workers it is no secret that the last 40 years have seen their living standards stagnate whilst the elites and the wealthy have grown ever richer.

A growing divide. It is also no coincidence that this has coincided with the relative decline of trade unions and collective bargaining. This decline in terms of both raw power and collective memory, means that many on the left are in danger of unconsciously substituting arguments, popularity, and policies for agency – for the ability of workers to do it for themselves.

Most workers do not identify politically as being on the left or right, but they do understand their lot. There is often a clarity of purpose that comes from an economic reality. Less polemic more transaction. The cost-of-living crisis gives us the chance to talk about power again.

What does it really take to defend living standards?

A short-term factional win within a party? Or a long-term plan to build back our collective institutions? What is the real infrastructure that we need to deliver the type of change that can be sustained beyond leaders, elections and economic cycles? That is what we must now grapple with. We must learn to act both tactically and strategically, in the short term and the long term.

At Unite, our immediate priority is to raise expectations and build confidence. We do not accept that the government’s (and increasingly many employers) preferred inflation figure, the CPI – which is now tracking a full 2% lower than the alternative RPI – is what should be used to gauge whether we are facing real terms wage cuts or not.

Laying the foundations for serious reform

As well as bringing in the capacity to develop our own bargaining index, we are laying the foundations for what we hope, will be the start of serious reform. I have talked before of the need to bring our activists together and develop joined-up bargaining. We now have the first wave of our Combines up and running, involving literally hundreds of Unite workplace activists.

For me, this structural change is critical. Without it, we will continue to be divided and increasingly reliant on others, moving further and further away from building real strength amongst working people themselves.

We are most certainly at a tipping point. But not just because we have a Tory government and a neo-liberal economic order. Without change there is a real danger that many trade unions will cease to exist in any serious way and across many sectors.

We are in danger of drifting into some kind of advisory or intermediary role and a rhetorical quasi-factional, political space.