The care sector is only one example of how financialisation - the turning of society to serve finance, rather than seeing finance serve society is a leader, in the wrong direction 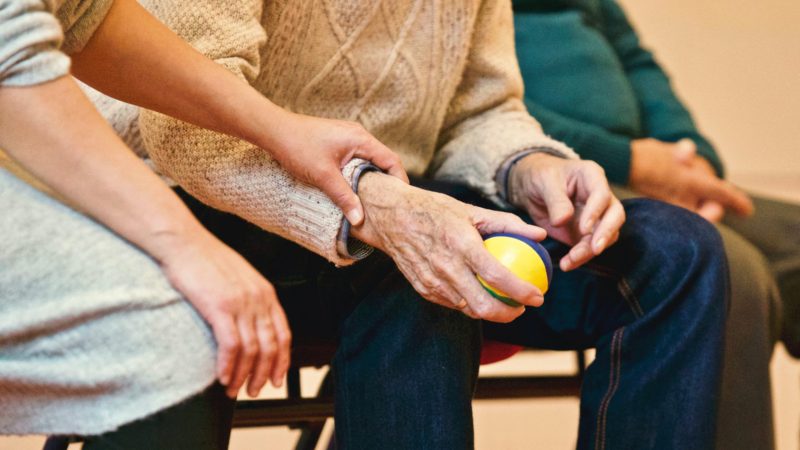 Predatory and rent-seeking financial practices carried out by investment firms have placed unmanageable financial and human costs on our care sector. An issue that I first learnt about from a brilliant report in 2016.

Since then, the issue has become a staple on the pages of the Financial Times, as a pair to that publication’s increasing attacks on the privatized water companies.

Labour’s Lord Sikka last week in the House of Lords initiated a series of questions to the minister that highlighted some of the worst abuses in financialised care homes, where profit is placed above care, raning from “HC-One siphoning off 20% of its revenues to offshore affiliates through intra-group transactions, leaving very little for front-line services”, to the industry average figure for such practices, cited as 16% by the Lib Dem’s Baroness Brinton.

The crisis is here, and obvious, only highlighted by the recent Panorama expose of HC-One taking government aid and dividend payments at the same time.

What’s been achingly lacking, however, is solutions to how we stop the ever growing financialisation of our care sector. How might this out of control sector be reined in? What happens when it crashes and burns, as several major chains already have – Southern Cross in 2011 and Four Seasons Health Care in 2019?

We know residents forced to move suffer – and all too often die (although this was apparently news to Health Minister Lord Kamall in response to my question last week) – and where will they go to in a major crash of multiple owners, or even one of the largest?

Amendments to the Health and Care Bill I’ll be presenting today – relying on the work of the All Party Parliamentary Group on Limits to Growth are, I believe, one of the first serious attempts to find a way forward.

One takes what could be a deeply dangerous element in the government’s Health and Care Bill (Clause 141), a provision allowing government support for private care facilities (which it can’t do now) and adds a provision that such funds could not be used for making payments on the debt obligations of for-profit bodies or distributions to shareholders – huge payouts highlighted in last week’s debate.

That takes us further, to a potential solution to the problem that revelatory 2016 report considered essentially unsolvable – how to unwind the disastrous privatisation of care that dates back to the 1980s.

What Clause 141 might then be used for is to re-establish crashed hedge-fund owned homes as worker cooperatives, social enterprises or returned to local authority or charity hands.

My second amendment picks up a point I often make – that a foundation for tackling our out-of-control financial sector and ensuring companies pay fair taxes is country-by-country reporting. It would require that any related companies within the same corporate group that are registered offshore, would be under the same financial reporting and publication requirements as those bodies registered in the UK. That means expenditure on dividends, directors’ fees, interest payments, and similar would have to be declared.

Those two practical elements are not a complete solution, but a start, so that’s why they are combined with a review to see what more is needed. That lines me up – unusually – with former Conservative Health Secretary Jeremy Hunt, who was also calling for a review of care home funding at the end of last year.

The care sector, with its low pay, exploitative conditions for workers, declining conditions for residents – some of the most vulnerable people in our society – is only one example of how financialisation – the turning of society to serve finance, rather than seeing finance serve society – is a leader, in the wrong direction. We could use the Health and Care Bill to start to turn that around.