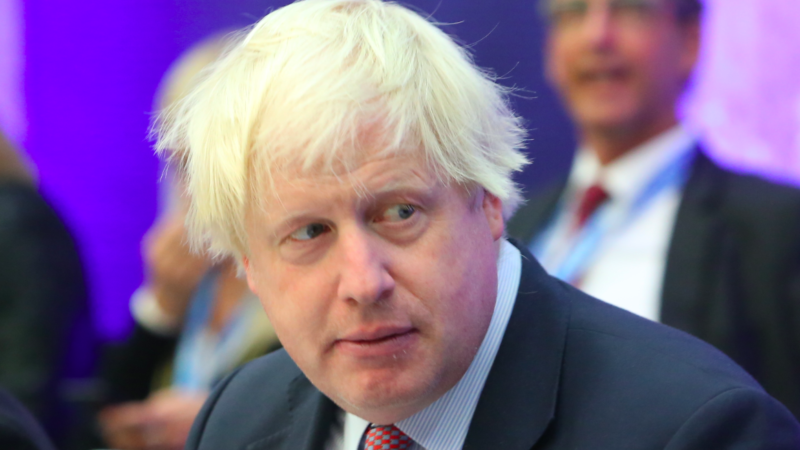 Tony Burke is President of the Confederation of Shipbuilding and Engineering Unions; a former assistant general secretary of Unite and contributing editor of Left Foot Forward

The Tory government’s desperate attempts to strike a trade deal with the US took another farcical turn this week, when the Department For International Trade said it was “exploring” ways to boost state-level ties in the hope of opening up new opportunities for UK businesses.

Any prospect of a trade deal between the USA and the UK has been dashed by Joe Biden who told Boris Johnson in September last year a deal would not be forthcoming, forcing Johnson to admit: “Joe has a lot of fish to fry.” It also breaks a pledge by Johnson that the UK would have trade deal with the US during 2022.

Biden is reluctant to enter any talks because of his concerns about the UK’s row with the EU over the Northern Ireland Protocol. Biden has warned he intends to preserve “the gains of the Good Friday agreement” – and there is significant mistrust of Johnson and the Tory government over demands to change the terms of the Brexit deal and Johnson’s stalling over the US presidential election result when he vacillated oven congratulating Biden.

Equally, recent attempts to schmooze the US trade representatives by Foreign Secretary Liz Truss and UK Secretary of State for International Trade Anne-Marie Trevelyan to settle the trade row over tariffs introduced by Donald Trump on UK steel and aluminium both failed miserably.

The UK government says it now believes that the US federal structure opens up opportunities to reach deals on a state by state basis on services and is said to be planning a “charm offensive” with US state capitals, desperately hoping that a series of mini agreements can be struck with states on non-tariff barriers like services regulation.

A DIT spokesperson said: “We want to make it easier and cheaper for UK and US businesses to work together. Whether it is a recognition of professional qualifications, increased uptake of state-level procurement contacts, or closer ties between key sectors – we are exploring ways to help businesses take full advantage of these opportunities, benefitting communities across the UK and the US.”

Which sounds pretty meagre compared to the full-blown trade deal Johnson promised. Sources in the DIT were forced to admit agreements with individual states are not a replacement for a free trade agreement with the Biden administration.

A senior US union official with expertise on US trade policy told me: “It’s very unlikely that this approach can produce anything at all substantive, given the US Constitutional limits on states’ powers to regulate trade.”

Also a senior UK trade union trade expert said: “The deal the UK government needs to do with the US is to end their tariffs on UK steel and aluminium that are hammering workers in the UK. We are worried by reports that the government’s failure to honour the N Ireland protocol is preventing progress. The government needs to honour its international obligations and respect the protocol and ensure UK jobs in steel and aluminium are not put on the line.”

Labour mocked the idea of mini deals pointing out that the Conservative manifesto promised a comprehensive US trade deal by the end of 2022. Nick Thomas-Symonds, shadow international trade secretary, said: “Now it seems the government is shifting the goal posts and pretending that they have not broken a manifesto commitment.”