Labour is right to make crime and policing a key battleground 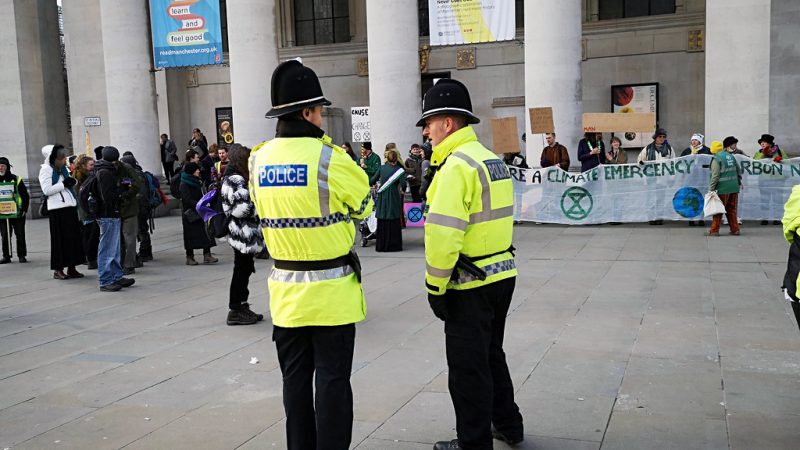 Late last year, public opinion crossed a boundary. YouGov found that more Britons were unconfident than confident in the police to deal with local crime.

The 48% lacking confidence versus 43% keeping faith in the police was a marked turnaround from the 53% / 40% split in the police’s favour as recently as March that year.

The change came after the murder of Sarah Everard by Metropolitan police officer Wayne Couzens. Following that tragedy public opinion started to shift, by October into negative territory.

Since Everard’s killing the police in general and the Met in particular have been the subject of more bad press. Most recently their decision not to investigate lockdown breaking parties at Number 10, followed by a decision to do so at a time when it seemed politically convenient for the Prime Minister, added to public anger.

Dame Cressida Dick’s apparent inability to understand widespread anger over this series of events, and her inadequate response to the release of racist and misogynistic WhatsApp messages from serving Met officers, contributed to her removal.

But Dick’s sacking is nowhere near enough to restore public confidence in a force which can only police with the consent and trust of the public. Not without cause are Sadiq Khan, London’s Mayor, and others sounding the alarm over the state of policing in London and across the country and pledging to restore public trust at all costs.

In truth trust in the police has been falling for some time. ‘Concern over crime doubles since start of the year’ reported YouGov in October 2018. In February 2020 they found that most Britons lacked confidence in police ability to solve crimes including rape, assault and burglary.

Long before partygate, crime was therefore rising not only as a public concern but also in political importance. Much missed in assessments of the Conservatives’ 2019 election win is how much their success depended on public services commitments as well their commitment to get Brexit over the line.

Between the 2017 and 2019 elections, crime had risen as a key issue by almost 20 points. Public concern over immigration, the economy and health had fallen but crime, along with the environment, saw huge jumps in public salience.

This was not lost on the Conservatives who made their pledge to recruit 20,000 new officers – in the process shutting down Labour’s criticism over the 21,000 officers cut since 2010 – a key plank of their campaign.

Unlike many of their 2019 pledges it appears that, at least in part, this is a commitment the Government are at least partially working to fulfil. Police numbers rose by 7,000 between 2020 and 2021. While concerns remain over the number of new recruits versus retirees, and the replacement of experienced officers with inexperienced ones, any increase is still a marked change from the previous ten years.

But rising police numbers alone cannot create public confidence. High profile failures like Couzens, the WhatsApp messages and what looks like political calculation over Number 10 parties has harmed public perceptions of the police.

Making matters worse, the Prime Minister and the Home Office have been accused of lying about national crime rates. Both have incorrectly stated that crime fell by 14% between September 2019 and September 2021, when this excludes the fastest-rising category of crime. In reality crime rose by 14% over the same period.

Sir David Norgrove, the head of the UK Statistics Authority, said that Boris Johnson and Priti Patel presented statistics in such a way as “to give a positive picture of trends in crime in England and Wales”, but did so by not including fraud and computer misuse.

Crime and security are traditionally issues on which the Conservatives hold a lead over Labour. That reversed in the 1990s under Tony Blair and has shifted in Labour’s favour again now.

The latest polling figures from Opinium show Labour is now in the lead on the issue of crime. 32% of people said that they thought Labour would best handle crime, against 29% who preferred the Conservatives.

This is in part the result of Johnson’s lockdown parties and his refusal to fully apologise or make amends. But the danger for the Conservatives goes beyond that – newly recruited police officers on their own will not bring down crime. A 14% rise in two years is huge, all the more so since most of that was during lockdown when for months on end people’s freedom – including that of wannabe criminals – was curtailed.

By March 2021 half the country’s police stations had been closed since 2010, a shocking statistic. The public regularly state their desire to see more evidence of police presence in their communities.

In part this comes down to bobbies on the beat but in part it is the desire for a physical building and the added security that comes from knowing there is a place to go for help and not a phone number and call centre at hand.

Yvette Cooper, Labour’s relatively new Shadow Home Secretary, recently said that Labour was determined to show it was the “true party of law and order” by promoting its own policies, including putting neighbourhood “police hubs” back in communities to tackle crime.

Labour will put the fight against crime at the heart of its campaign for May’s local elections, said Cooper. “Boris Johnson shows a total lack of respect for the rule of law in Downing Street and a total lack of respect for people who are suffering when the law breaks down in their communities,” she said. “We will be campaigning strongly on crime in the local election campaign because our communities deserve so much better.”

In 2019, the Conservatives were able to neutralise an attack on their record on crime with a pledge to recruit more police officers. At the next election, they will need to do more than that to recover lost ground, and if crime numbers stay high no amount of pledges and promises are likely to be enough to convince a wary public.

Labour is right to make crime and policing a key battleground. But to win public trust they will need not only to criticise the Conservatives’ record, they will need too to find a way of gaining public confidence that they can restore integrity to a police force hugely damaged by recent scandals.

Sadiq Khan can begin that process by making a good call on the next Met Commissioner. But he and Cooper will need to go further to address justified public concerns about police conduct and their ability to tackle crime if trust is to be restored, not only in Labour as a party of law and order, but just as much in the police themselves.