‘More consequential in the long run is Johnson’s rediscovered desire to push Brexit to its absolute limit, regardless of the consequences for the economy, British businesses or Britain’s relationship with our European partners.’ 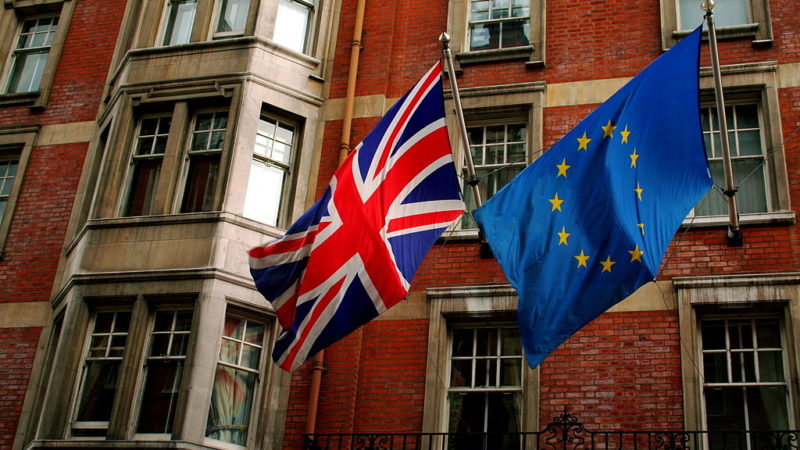 Politics and policy have always been intertwined. It is no surprise then that Boris Johnson’s political weakness is resulting in a swathe of new policy announcements as he seeks to win support from the only constituency that counts: his own backbenchers, who hold his political future in their hands.

The result has been a ‘red meat’ list of right wing totems – an attack on the BBC, an unrealisable promise to send the Royal Navy to fend off migrant boats in the Channel and the premature end of Plan B Covid restrictions.

Some of this will amount to little. There is little chance of this or any government putting BBC One or The Archers behind a paywall. That is no route to popularity, in particular for one so dependent on the BBC-avid older voter.

Pushing Brexit to its absolute limit

More consequential in the long run is Johnson’s rediscovered desire to push Brexit to its absolute limit, regardless of the consequences for the economy, British businesses or Britain’s relationship with our European partners.

Agitation from the Tory right has been evident for some time. Lord Frost’s pre-Christmas resignation letter evidenced a wider critique of government policy.

“Brexit is now secure,” he wrote. “The challenge for the government now is to deliver on the opportunities it gives us,” going on to express frustration that Brexit had not yet led to a “lightly regulated, low-tax, entrepreneurial economy.”

The same view was expressed by Fraser Nelson, editor of the Spectator. “Instead of bold free trade deals and making use of our new freedoms, the protectionists are winning,” he wrote in the Telegraph. Britain, he said, “is ending up with the opposite of what Brexit’s architects hoped to create,” outside the EU but in danger of importing the “European model.”

“Look around and you can see all kinds of Brexit opportunities not being taken.” What was the point, he asks, “if Brexit freedoms are never going to be used.”

In a sense Frost and Nelson were right. Brexit gives the UK the right to diverge from European standards, but so far Johnson and Sunak have shown little interest in doing so beyond giving the idea mention in the occasional speech.

In part this may have been due to lack of time in the midst of the pandemic. But it has also been an acceptance of reality.

Businesses are almost entirely against divergence

Business and industry leaders are almost entirely against divergence, regarding it as needless and costly. A planned post-Brexit safety regime for chemicals, for example, which would cost the industry up to £1 billion to implement, has been postponed and may never come into being. The industry further warned that duplication of existing EU safety data and could lead to “additional and repetitive animal testing.”

In the same vein businesses are “not persuaded” of the need to replace the European CE safety standard with an equivalent UKCA scheme. Under pressure from manufacturers, it has been delayed and remains hugely unpopular.

Instead business leaders see “strong benefits” in having a single system for certifying industrial and electrical goods recognised in both the EU and the UK, in the process avoiding the cost of duplicate testing caused by having two different regimes.

Financial services executives remain similarly sceptical of rule changes, not least because they operate globally and want rules that allow them to continue to access markets with the least cost.

Most see London’s competitiveness imperilled by Brexit rather than furthered by it. More than 70% of those working in UK asset management believe the City’s competitiveness has deteriorated since the 2016 referendum, while research from New Financial, a think-tank, found that insurance companies and asset managers have transferred more than £100bn in assets and funds from Britain to the EU in response to Brexit.

Case for divergence has not been made

Then there is the simple fact that the case for divergence has in most cases not been made.

“Meaningful divergence lies only in areas where there is strong rationale, combined with minimal constraints and costs,” advised a report from the Tony Blair Institute last autumn.

The government is also constrained by public opinion, which is uniformly against deregulation. Think tank IPPR found that less than 15% of the public favour relaxing or removing EU standards. Indeed, if change is to occur most would prefer to see standards strengthened, the opposite of Frost and Nelson’s hopes.

A government behind in the polls would be unwise to risk further public anger by reducing standards, for example in food quality or workers’ rights, simply to diverge from existing rules.

Yet Johnson’s trials have changed the calculation. Deregulation was always a cherished hope of the most ardent Brexiters, believing it would offer, says Fraser, the “freedom to liberalise, innovate and grow – moving away from the EU’s failing model.” Fraser ended his article with an appeal to Conservative MPs to “steer their government – and their prime minister” to create “a future of free trade and low taxes”.

The result last week was a government paper titled ‘The Benefits of Brexit’. The purpose of the paper, said the FT, was “to reassure restive Eurosceptic Tory MPs that [Johnson] is serious about a post-Brexit programme of deregulation.”

The paper promises deregulation in areas such as gene editing of crops, artificial intelligence, and data; music to the ears of Conservative MPs frustrated by the slow pace of reform. Others want to go further. Former leader Iain Duncan Smith has his own list of over 100 deregulation ideas including the return of imperial measurements and curtailing clinical drug trials.

Johnson may be lucky; the ideas alone may be enough to stave off a confidence vote for at least a while longer. But even once he is replaced there will still be pressure on the new incumbent to follow through on deregulation promises. Whoever wins will need the support of the Tory right just as Johnson does.

As for opposition parties, they may still be reluctant to focus too much on the impacts of Brexit but on deregulation they should feel on safer ground. The public are with them – there is no widespread desire to cut standards, rights or protections.

If the Conservatives, under Johnson or a successor, do so it could open up a meaningful, and easily explained, point of difference on the UK’s post Brexit future. It is an opportunity Labour and others should take.